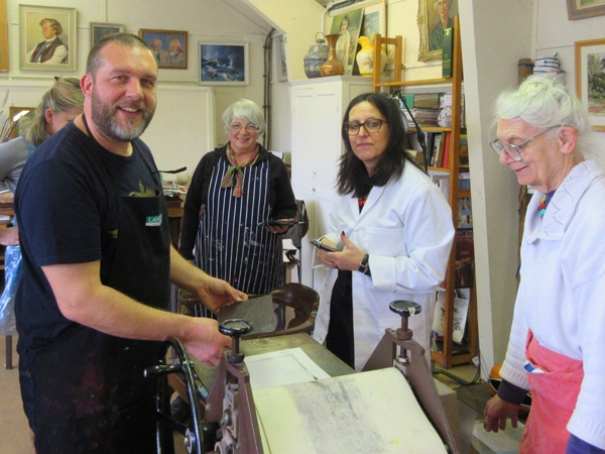 Andy Dalton, from York, demonstrates techniques for producing relief mono prints at a workshop
Local residents will get more opportunities to view the work of members of the Barnet Guild of Artists if arrangements can be made to increase the number of public displays of their paintings and other art forms.

A selection of oils, water colours and prints are already on continuous exhibition in and around High Barnet, and the Guild is hoping that more locations can be found. 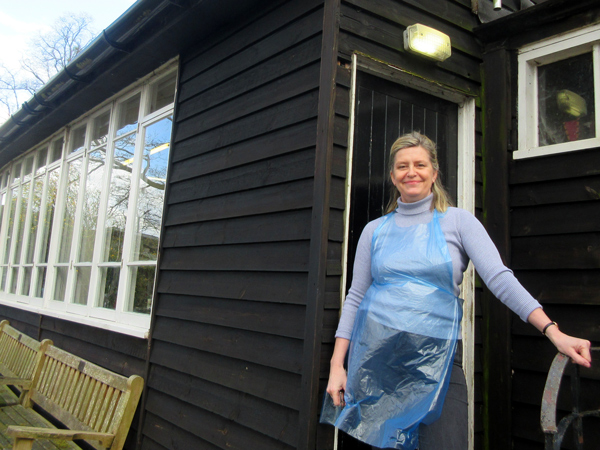 Almost every day of the week local artists can be found at work in the Guild’s much-loved studio in Whalebones Park, which was built in 1961 by the late Gwyneth Cowing, and left in her will for their use.

Nichola Hunt-Peasnell, the Guild’s chairman, is hoping that by arranging more continuous exhibitions in local venues the public will be able to see the wide range of their artistic work, and hopefully boost membership, currently standing at just over 100.

Two regular events are the annual exhibition in the Pennefather Hall in July and the Christmas Fair exhibition in the Tudor Hall, but renewed efforts are being made to expand the continuous displays that are currently on show at the Bull Theatre, the foyer of the Reel cinema in Boreham Wood, and the Emmaus homeless charity store in the High Street (in conjunction with the Hertfordshire Visual Arts Forum).

Monthly workshops are a regular feature of the guild’s annual programme, and there was a good turn out for a demonstration of the production of relief mono prints by Andy Dalton, a print maker from York.

Mr Dalton used objects like leaves and feathers to demonstrate his techniques, a process that captivated the guild’s newest recruit Hayley Lehmann of Arkley.

She is a photographer by profession, but is anxious to further her interest in using fabrics to make collages.

I have lived in Arkley for 27 years, and I never even knew that there was an artists’ studio in Whalebones until I found out about the guild.

Ms Hunt-Peasnell said the guild was extremely fortunate in having the use of the timber-framed studio built by Miss Cowing. 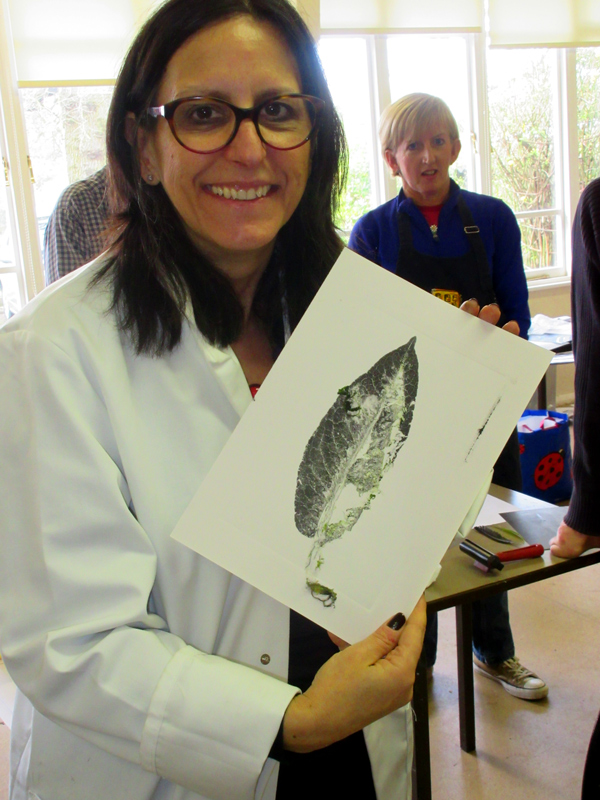 “The inside of the studio is very light and airy. There is a good quality of light because of the long window looking out south on to Whalebones park. Outside we have a courtyard where we can work in natural light.

“The studio is open every day of the week for members, and most days there is someone here.”

However, there is a question mark hanging over the guild’s continued use of the studio because the trustees of Miss Cowing’s estate are investigating whether planning permission can be obtained for rezoning the Whalebones estate for residential and community development.

“We are waiting anxiously to hear the outcome of the trustees’ proposals for redeveloping the estate,” said the guild’s treasurer Fred Howett.

“We realise that our future use of the studio is perhaps in doubt, but we do hope a way can be found to allow us to go on using the existing studio or perhaps a replacement.”