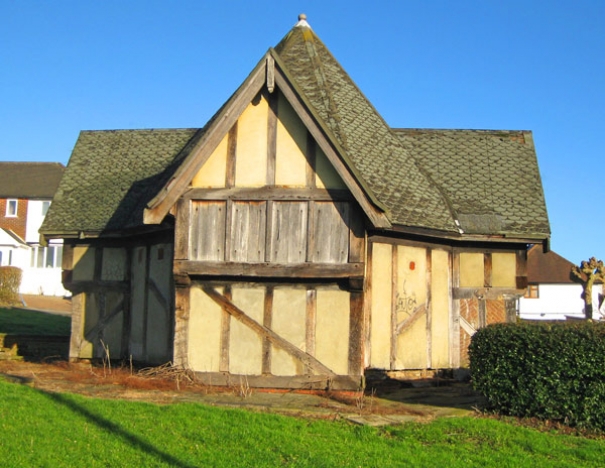 Barnet Physic Well
Is Barnet in danger of losing another historic link with the past?  The well house protecting the town’s famous physic well is looking decidedly the worse for wear.

Masonry is falling away, one of the walls is disfigured by graffiti and there is not even a sign or notice to say that this is the well that was visited twice by the celebrated diarist Samuel Pepys.

The danger is that, unless Barnet Council can be encouraged to maintain the upkeep of the well house, and perhaps help discover an innovative use for the building, it may suffer the same fate as Barnet’s historic workhouse which was demolished in 2002 and made way for what is now the site of the Barnet Hospital car park. 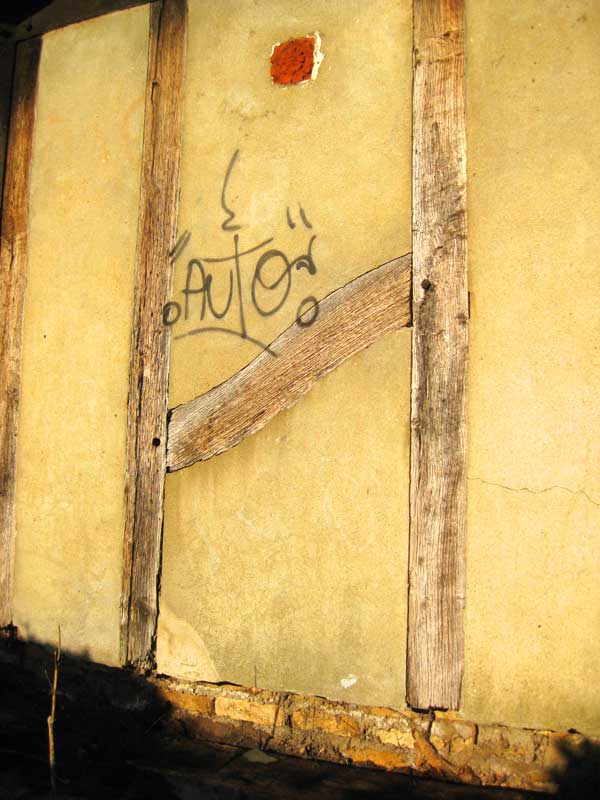 Much of what in the 17th century was Barnet Common, stretching south from Wood Street to Dollis Valley, is now housing estates and it is hard to imagine how the well must have looked in Pepys’ day, when it was a fashionable place to “take the waters”.

The well originated from a chalybeate spring and the effects of the water were to make the drinker urinate, which was thought at the time to help restore the body’s humours.  For a time Barnet Water was sold in London, in competition with Tunbridge Water and Epsom Water, and Barnet nearly became a spa town.

But now the only clues to the existence of the well house, which is tucked away on a small green in the middle of a housing estate, are the names of the surrounding roads: Well House Lane leads to Well Road (and Well House Approach) and continues in a circle formed by Pepys Crescent.

The physic well has had a chequered history and so has the well house itself.  Once the significance of the original chalybeate spring was appreciated, the parish had a well house built on Barnet Common in 1656, and later appointed a well keeper.  Such was the popularity of Barnet Water that the well was soon being visited by “ladies and gentlemen from London on a daily basis”.  Sometimes there were up to thirty carriages to take people to and from the well.

Pepys rode from London “to see the wells” in 1664.  He had a meal at the Red Lion and continued on “half a mile off; and there I drunk three glasses and went and walked, and came back and drunk two more.  The woman would have had me drunk three more; but I could not, my belly being full – but this wrought me very well; and so we rode home . . . and my waters working at least seven or eight times upon the road, which pleased me well.”

On a second visit in August 1667, he arrived at the well at about seven o’clock in the morning and said: “Many people were a drinking.” From there he went into Barnet and took tea and cakes.

By the 1690s custom had declined to such an extent that people helped themselves and Daniel Defoe wrote of the well, formerly in great demand, having become “almost forgotten”.

For a time Barnet Water was sold in London, in competition with Tunbridge Water and Epsom Water, and Barnet nearly became a spa town.

In 1808 the well was rebuilt with a subterranean arched chamber and Barnet Water returned to popularity, helped by the writings of a doctor from Arkley called William Trinder.  But again the well’s popularity did not last, and the building was demolished in 1840 (although the good doctor’s name lives on as Trinder Road close by). 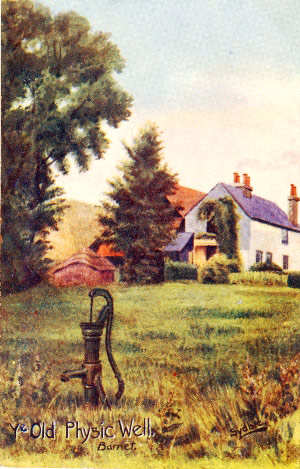 On being rediscovered in the 1920s, the well was restored and in 1937 the well house that exists today was erected in Well House Approach.

The well house is owned by Barnet Council and a key is kept at Barnet Museum.  Dennis Bird of the Barnet Local History Society recalled his most recent visit: “Once inside you can look down the well and there is water in it, but it doesn’t look very clean.”

The last event he could remember involving the well-house was at Christmas 2011, when the church choir from The Stable in Salisbury Road held carol services outside.  “There were carols on a couple of evenings . . . and hot drinks were served inside the well house.”

Perhaps it is time the Barnet Society, Barnet Museum and the History Society got together with other local groups and arranged for an open day at the well house.

The least we could do is ask Barnet Council to erect a sign or plaque that explains the significance of the building.

What do local residents think?  Are there any other bright ideas for helping to protect and preserve one of Barnet’s hidden treasures?