A new Act of Parliament needed to safeguard Hadley Common 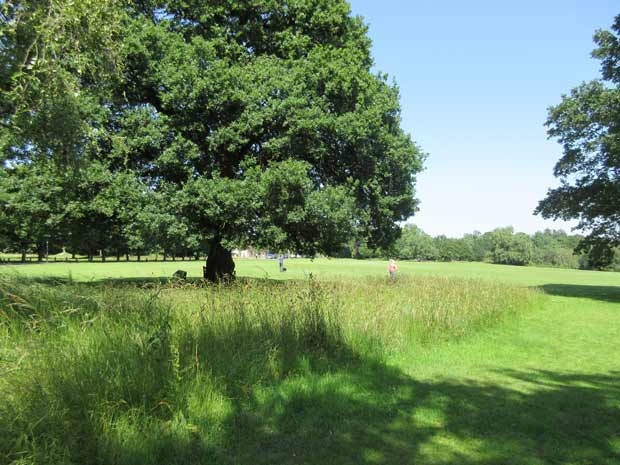 Hadley Common
Hadley Common, thought to be the seventh largest stretch of common land in Greater London, might soon be freed from archaic legal constraints that date back over 250 years to the reign of George III.

If Parliament gives approval, a new charity would take over the ownership of the common from the churchwardens of Monken Hadley parish church – an arrangement dating back to the Enfield Chase Act of 1777.

Establishing a new charity to own and manage the common – the last tract of Enfield Chase still preserved as common land and saved from development – is considered the most efficient way to ensure the land is maintained for public recreation and for nature conservation.

Cattle were grazed on Hadley Common until the 1950s. A much-loved relic of those early traffic-free days are five white-painted wooden gates that used to control access, and which are listed as being of Grade II historic or architectural merit.

Proposals have been prepared for a new Act of Parliament – to replace the 1777 Act – and a consultation process is underway in preparation for a new private bill to be deposited in Parliament on November 27.

The closing date for responses is August 30 – by email to This email address is being protected from spambots. You need JavaScript enabled to view it. or by post to W. O. Boyes, clerk to the churchwardens of Monken Hadley, 45 Clifford Road, Barnet, EN5 5PD.

Managing and maintaining the common is a task that has been hampered by the archaic arrangements set out in the 1777 Enfield Chase Act, which divided up the Chase into smaller areas, but which is said to be “a complicated and almost unreadable document”.

Currently management and maintenance are in the hands of volunteers, funded by voluntary contributions, under the supervision of the Friends of Hadley Common, whose chair, Les Bedford, hopes local residents and other members of the public will engage in the consultation process.

“A new Act of Parliament would be a long-term safeguard for the common and we need new powers to ensure that the land is preserved and maintained for recreational purposes.”

If the new Act of Parliament is approved, the aim would be to establish a new charitable incorporated organisation to take over ownership of Hadley Common – a future arrangement comparable to the community interest charitable company established by Totteridge Manor Association which owns and manages common land alongside Totteridge Lane.

The provisions of the 1777 Act are no longer considered relevant because instead of the land being used by surrounding landowners for grazing and other rural activities, the common is now a largely wooded area providing “a vital habitat for flora and fauna on the edge of north London which is used for recreational purposes by the general public”.

In 1978, without the churchwardens’ knowledge, the 1777 Act was repealed on the recommendation of the Law Commission, but that decision was reversed in 1993 in order to preserve ownership of the common, a responsibility the churchwardens are keen to pass on to a newly established charity.

When in 1996 the London boroughs of Barnet and Enfield both ceased making annual grants for the maintenance of the common, the Friends of Hadley Common was formed maintain upkeep which includes grass cutting, and additional work such as relaying paths and drains and maintaining notice boards and benches.

The common was reduced from 76.9 hectares to its current size of around 74 hectares in the mid-19th century after the acquisition by the Great Northern Railway of land used for the construction of the east coast main line that cuts the common in two.

Commoners continued exercising their grazing rights over the common until increased motor traffic and the high cost of manning the gates rendered this impossible after the Second World War.

Two thirds of the common is mixed semi-natural deciduous woodland with some open glades and the remainder is grassland.

In addition to the spring-fed pond opposite Gladsmuir, there are the remains of two other substantial ponds, and also Jack’s Lake, about 70 per cent of which is within the common; fishing is currently licensed by the Hadley Angling and Preservation Society.

Members of the public have access to the common for “air and exercise” and there is a right to ride horses on the roads and bridleways.

Considerable protection is afforded to the common: it lies within the Monken Hadley Conservation Area; the woodland to the west of the railway line is protected by a Tree Preservation Order; and in recognition of its significance as a habitat for flora and fauna, the western half of the common is classified as a site of Nature Conservation importance.

More in this category: « Barnet Beyond Brexit -Saving our green spaces May blossom celebrating 75 years of the Barnet Society »