A fond farewell from generations of loyal customers 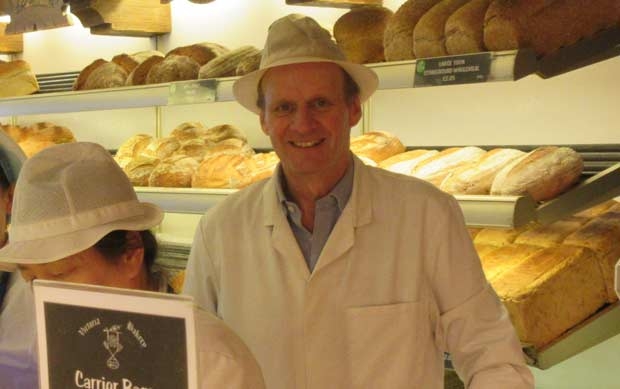 James Freeman and his team baked three times the usual amount of bread and cakes ¬– plus 1,000 free donuts as a farewell gesture.

While queuing up to get inside the shop, customers were invited to write a farewell message on the bakery front window.

Sadness at the loss of yet another independent High Street trader was coupled with best wishes for Mr Freeman who is retiring at the age of 60 and is closing down after he was unable to sell the business as a going concern.

“Where will the Artful Dodger meet Oliver now! Bye, bye” was just one of the postings that reflected the history of 83 High Street where bread was first recorded as being baked in 1884.

The original shop doorway is said to have been where Charles Dickens envisaged Oliver meeting the Artful Dodger in Oliver Twist, written by Dickens in 1837.

Mr Freeman’s family have been baking in north London since the 1820s and his father took over the Victoria bakery – previously owned by the Bucklings family – in 1968.

“It’s manic”, said Mr Freeman, as he constantly restacked the shelves on the final day of trading, Saturday 22 June.

“I am looking forward to my retirement, but it’s very sad for me and Debbie. Our three sons all have successful careers of their own. It was a great disappointment when I failed to find a buyer for the business.”

In the queue outside the shop, customers swapped fond stories and memories of shopping at Victoria Bakery.

“I bought my daughter’s first birthday cake at Victoria Bakery – and now she’s 28”, said one loyal customer. Another regular said she had ordered three spelt loaves to put in the freezer as they were hard to find.

“We’ll miss you” said message after message written on the window with a box of wax crayons thoughtfully provided by Mr Freeman.

“Many thanks for the very best bread. All the best in your retirement.”