34 bus route too costly to extend 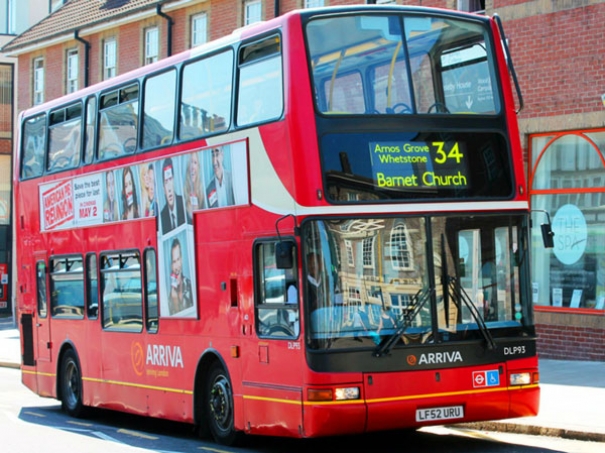 34 bus at top of Barnet Hill
Transport for London has turned down a suggestion by the Barnet Society that by slightly extending the final destination of the 34 bus service (Walthamstow Central to Barnet) there could be a reorganisation of bus stops at the top of Barnet Hill and an easing of traffic congestion.

The 34 is apparently one of London’s longest bus routes – taking 2 hours 40 minutes to do a round trip – and extending the service to terminate at either Barnet Hospital or the empty bus lay-bys at the Arkley public house could lead to further delays.

Mrs Theresa Villiers, MP for Chipping Barnet, followed up suggestions made at her annual question and answer session with the Barnet Society (28.3.2014).

She asked TfL to examine a possible new layout for bus stops at the top of Barnet Hill, which could be achieved if the 34 continued to either the hospital or the Arkley instead of terminating as at present just below the Red Lion and then executing a U-turn in front of Barnet parish church.

If the 34 used the bus terminus at the hospital or the lay-bys at the Arkley vacated by the 307 service (Barnet to Brimsdown), this would free-up the large lay-by just below the Red Lion, which could then be used by some, or perhaps all, of the ten bus services that currently have stops at the top of Barnet Hill.

In his reply to Mrs Villiers, Mr Daniels says there “isn’t any demand for an improved service to Arkley so the proposal would cost us money”.

“We have a number of cases like this. Historically for decades buses have terminated in the middle of town centres and there are those who now think they spoil the streetscape.

“As a result there are suggestions for random extensions to someone else’s area which are masquerading as improvements but are really to get buses off the sites where they are terminating. These are places, of course, where passengers most want to get to.”

TfL is under pressure to reduce the annual subsidy of almost £400 million towards the cost of the bus network whilst at the same time being implored to provide some much-needed relief on crowded sections at busy times.

Long routes like the 34 were “very susceptible to the cumulative effects of traffic delays and making the 34 even longer would make this worse”.

In a postscript to his letter, Mr Leon told Mrs Villiers that she should reassure her constituents that TfL will have another look at ideas for a possible reorganisation of the bus stops but he is “not hugely optimistic that we can satisfy them on this occasion”.

The Barnet Society hopes Mr Leon will keep his word and perhaps take on board that the aim is to ease traffic congestion at the top of Barnet Hill and eliminate the delays caused by buses executing U-turns and other buses blocking one of the two lanes beside the Red Lion when setting down or picking up passengers.

Judging by the strength of the arguments put forward by the Society’s members there is a demand for a better bus service to Arkley following the rerouting of the 307 to Barnet Hospital; TfL have also ignored the point that a recent reorganisation of accident and emergency services has resulted in an increase in the number of patients and relatives from north London needing to travel to Barnet Hospital and who could do so by making use of the 34 service.

More in this category: « Loads of cash to improve Barnet’s traffic bottleneck Queen Elizabeth’s Boys’ School – an academic hothouse at the expense of local boys? »