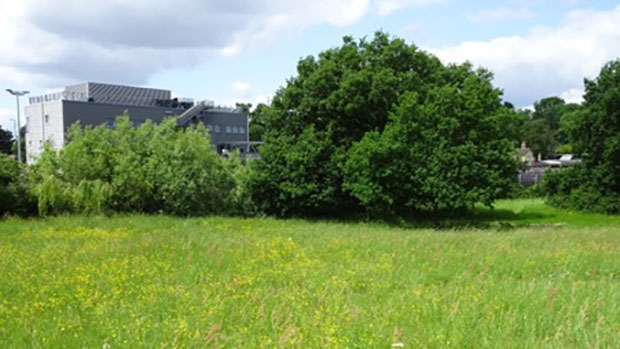 High Barnet Station from the east. Will the development be over the tracks – or the greenery?
According to a circular being distributed around Chipping Barnet, proposals are being developed to ‘improve’ the area around High Barnet station. These will include new public space and new homes, including affordable homes.

Members of the public are invited to an exhibition at High Barnet Station on:

The development team will be at the exhibition to answer your questions, listen to your feedback and discuss your priorities for High Barnet.

The Barnet Society has no further information about the scheme, nor do we even know exactly where it would be located. However, we’ve been aware for some time that Transport for London has been looking at the feasibility of housing developments on surplus TfL land across London.

Studies have already been done of Tube stations such as Finchley Central and Golders Green. The Council is currently considering a planning application for 86 1 & 2-person flats beside Woodside Park Station (planning portal reference 19/1809/FUL). And railway stations such as New Barnet and Oakleigh Park are other possible development sites.

The Mayor of London favours such developments. His draft London Plan (due to be published later this year) states, ‘The potential for new housing within and on the edges of town centres should be realised through higher-density mixed-use or residential development, capitalising on the availability of services within walking and cycling distance, and their current and future accessibility by public transport…including…above existing transport infrastructure.’

In its response to the draft London Plan last year, the Society commented:

‘In principle transport hubs are logical places for intensified use, and there may be scope at our tube and rail stations for building above car parks, tracks and the stations themselves.

However there are considerable planning and technical challenges associated with all our existing hubs. High Barnet Station, for example, abuts the unstable 19th century embankment carrying the A1000 on Barnet Hill, and is surrounded by trees and the open hillside that was the historic site of Barnet Fair. 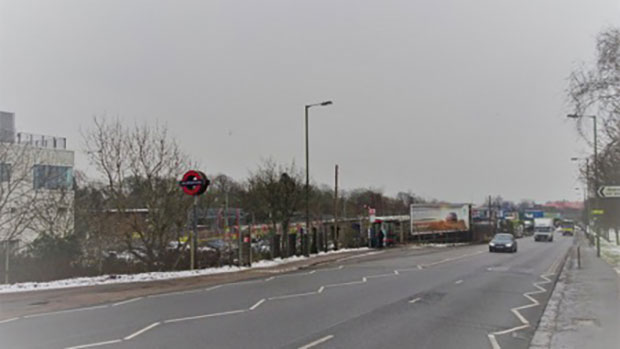 Barnet Hill (Station Approach on the left). Will the development be at the top or bottom - or both?

Its natural surroundings makes it one of Chipping Barnet’s attractive ‘green gateways’ that would be lost if medium or high-rise development were permitted around or above the station.’

The developer says, ‘We are at an early stage in developing proposals, we want the local community to be fully involved in our proposals and your views will be crucial in shaping our plans as they develop.’

The Barnet Society is also very interested in your views. We’ll be scrutinising the plans, and will post our draft comments on this website after the exhibition.

More in this category: « Plans for houses and public parkland in Whalebones New housing planned for High Barnet tube station »