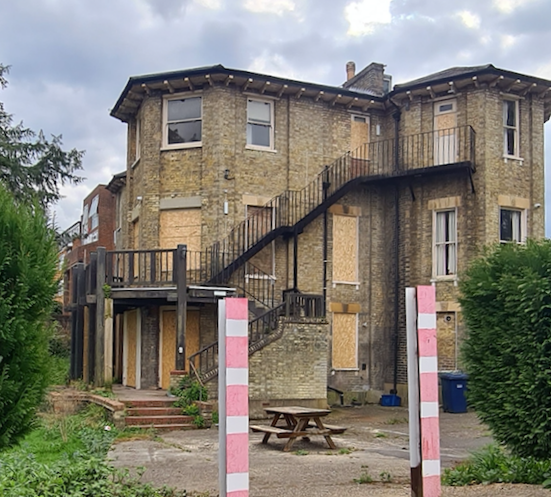 An application to demolish a much-loved heritage landmark in New Barnet has once again been thrown out by the planning system, but the building is now at serious risk from vandals.

In February last year, we reported on a developer’s proposals to bulldoze the extraordinary Victorian villa at 33 Lyonsdown Road and replace it with a block of 20 flats. The Barnet Society and local residents put up a spirited case opposing the plans in a thorough meeting of Barnet Council’s Planning Committee and the application was unanimously rejected. In September, Robin Bishop reported that the applicant, Abbeytown Limited, had appealed to the Planning Inspectorate to overturn Barnet’s decision. The Barnet Society made a submission to the Inspector, David Cross, a senior planning expert appointed by the Secretary of State, detailing the architectural and historic interest of the building. This drew on recent research by members of the Society, with contributions by leading architectural historians. It revealed fascinating insights into the history of the building and identified its architect as Arthur Rowland Barker (1842-1915). 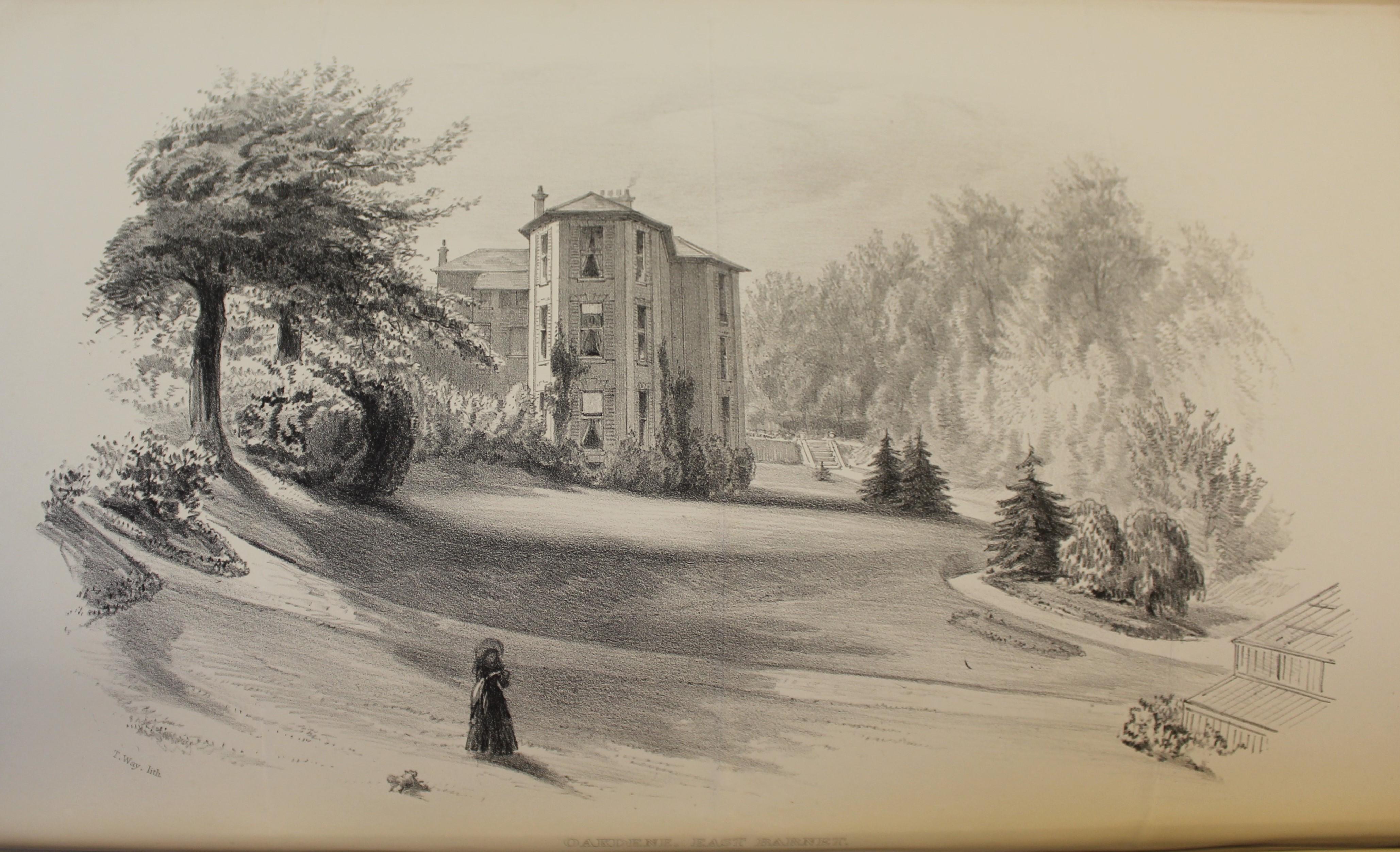 Engraved view of Oakdene (33 Lyonsdown Road) from the garden, included in ‘Plan of a superior freehold residence known as "Oakdene," situate at East Barnet, Herts. For sale.’ [June 1875.] (Particulars ... of sale) British Library, Maps 137a.2 (8) (Reproduced by kind permission of the British Library)

Mr Cross has recently delivered his decision, following a site visit and consideration of the written representations. In a robust judgment, he dismisses Abbeytown’s appeal on the grounds that it would entail the loss of a locally listed building ‘of fine architectural quality’ and that the site is unsuited to the intended development, which he described as ‘overbearing’. In the dry but definitive technical language of the planning system, he explains that ‘due to its scale, design and location, the proposal would lead to significant harm to the character and appearance of the area. The proposal would also fail to preserve the significance of a non-designated heritage asset, the loss of which would lead to moderate to great harm to the character and appearance of the area.’ He concludes that any benefits of the proposed development would be outweighed by the harms caused.

This decision should mean that 33 Lyonsdown Road will be saved. However, any plans for a celebration were cut short because, a few days after the Inspector’s decision, vandals broke into the property and ran riot. Since then, teenagers repeatedly entered the building, day and night, even climbing out on to the roof in broad daylight. They threw smoke bombs inside and out. The police were called multiple times but, in spite of impassioned appeals from local residents concerned at the danger to life and limb and to the building, did no more than issue ‘soft warnings’.

With the building standing unsecured, it was at serious risk of squatting, vandalism and fire. Until April last year, Abbeytown had the premises protected by live-in property guardians. When the guardians were given notice to quit, Nick Jones interviewed one of their number, Ilana Lorraine, who predicted disaster: ‘We were immaculate in caring for the villa… Our fear now is that once everyone has moved out, the building will be empty and could be vandalised.’ Near neighbour, Dr David Massam, contacted Abbeytown on behalf of a group of Lyonsdown residents to highlight the risks.

In recent weeks, local people have again appealed to Abbeytown to take action to secure the building against further damage and break-ins. Their calls and emails went unanswered. It was only when one resident approached Councillor Stephen Sowerby, one of the ward councillors and the Council’s Heritage Champion, that pressure was brought to bear on Abbeytown. The Council’s Planning Enforcement team notified the owners of the need to secure the site and made clear that the Council has powers to compel them to do so. This has resulted in the more accessible doors and windows being boarded up. This is a positive move. It is understood that hoarding is to be put up round the site. However, it appears that the CCTV and security lights are no longer working. The building remains vulnerable to a determined attacker.

Abbeytown, the developer arm of Martyn Gerrard Estate Agents, prides itself on its track record of ‘sympathetically refurbishing or converting run down properties to provide luxury houses and apartments’. It is unclear what their plans for 33 Lyonsdown Road are.

The obvious solution would be to convert the house to flats. This would preserve the heritage interest of the building so valued by local people – and recognised by national bodies such as the Victorian Society and SAVE Britain’s Heritage – as well as providing a green way of developing the property. Recent research by Historic England and other bodies has shown that conversion coupled with retro-fitting energy efficiency measures in buildings like this one provides a much more environmentally friendly solution than demolition and new-build, which is inherently energy-hungry and carbon-heavy. Dr Massam’s letter on behalf of the local residents to Abbeytown last June asked them to take this sensible course and set out the benefits of conversion rather than redevelopment: ‘It is our belief that a sensitive, skilful development is feasible, would reduce the carbon emissions involved to the minimum, and would produce properties which would command a premium.’  He received no reply.

Once again, the Barnet Society and the residents call on Abbeytown to protect this wonderful part of New Barnet’s heritage and engage with the community about a sensitive conversion.

It is a welcome improvement that the entry points to the building have been secured. In the short term, it is essential that the security lighting and CCTV are reinstated as a matter of urgency and for any stitch-in-time repairs to be done. It would be good to see a physical security presence – ideally the return of property guardians A long term solution which sees the building rescued and brought back into use cannot come too soon.