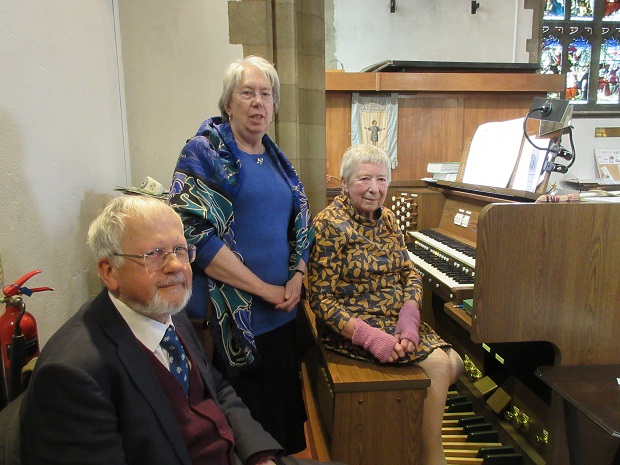 Organ and piano pieces by the celebrated Barnet organist and composer William Ralph Driffill were played for the first time in probably 100 years at a recital commemorating the centenary of his death.

Hearing her grandfather’s music was a poignant moment for Driffill’s granddaughter Janet Culley, now 68, who lives in Carlisle, and who was the guest of honour at the recital at St Mark’s Church, Barnet Vale.

Janet (centre) is seen with the two organists who gave the recital, Ruth Lewis, and Jonathan Gregory.

Driffill’s unexpected and tragic death from pneumonia at the age of 51 had a devastating impact on his family at their home in Bedford Avenue, Barnet.

His wife Kate was so distraught she packed away her husband’s compositions and manuscripts in a cupboard.

His music was never celebrated again by his widow, and it became a lifetime ambition of Janet’s late mother Rosemary – who was born six months after her father’s death – and of Janet herself, to hear Driffill’s compositions played in church.

“This recital has been a strange yet overwhelming occasion, hearing for the very first time some of my grandfather’s most important organ and piano pieces, music that my mother would love to have heard and which I have waited so long to hear.” 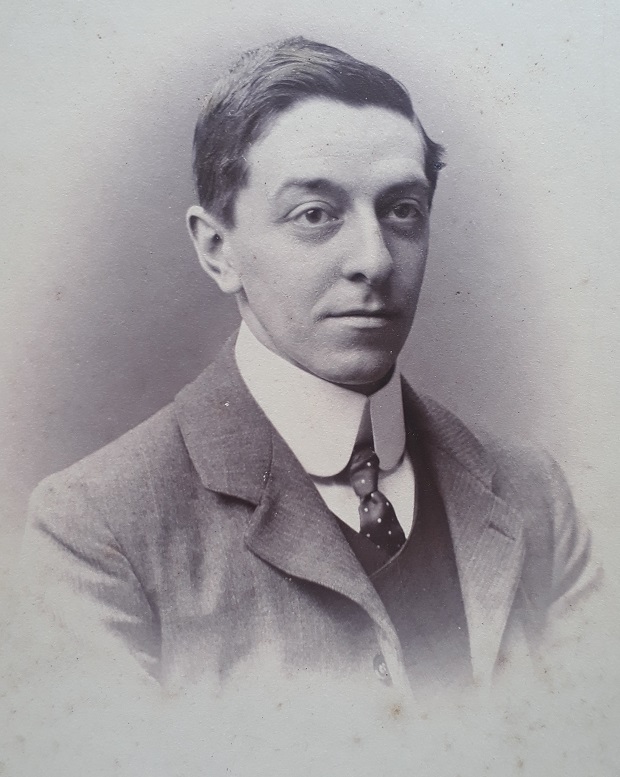 Driffill’s most famous composition – his Toccata in F Minor – is played regularly by Dutch organists, and is available on You Tube, but much of his work, some of it unpublished, has rarely if ever been played in recent years.

John Hay, churchwarden at St Mark’s, organised the recital after researching Driffill’s life, his training at the Royal Academy of Music, his work as a composer, and his many musical contributions in Barnet, including becoming organist at both St Mark’s and Monken Hadley parish church.

“Sunday 24 April 2022 was the 100th anniversary of Driffill’s death and we all agreed at St Mark’s that this had to be commemorated.

“We were really fortunate in being able to track down his granddaughter Janet and with her help and other research we have managed to assemble scores for 58 pieces of his music, when originally we only knew of 32.”

Organist Ruth Lewis opened the recital with Driffill’s Cantaline in A Minor (published 1909), which she described as a “charming piece of music.”

Jonathan Gregory played the other piece which again had probably not been performed since Driffill’s death, his Nocturne Op.3 (published 1893), and Jonathan rounded off the recital with Driffill’s most well-known work, Suite in F minor. Op.14. Allegro Maestoso, Romance, Toccata (published 1905).

Another highlight of the recital was the playing of a selection of Driffill’s piano pieces by Terence Atkins, organist and choirmaster at Barnet parish church, including two songs for which Driffill wrote the music.

Longing for you (words by Aubrey Jacques) was sung by Zehra Horkuc, and Here’s to Jack (words by L. Melville) was sung by Luxnavi Suthaharan, year eight and year ten pupils at Queen Elizabeth’s Girls’ School. 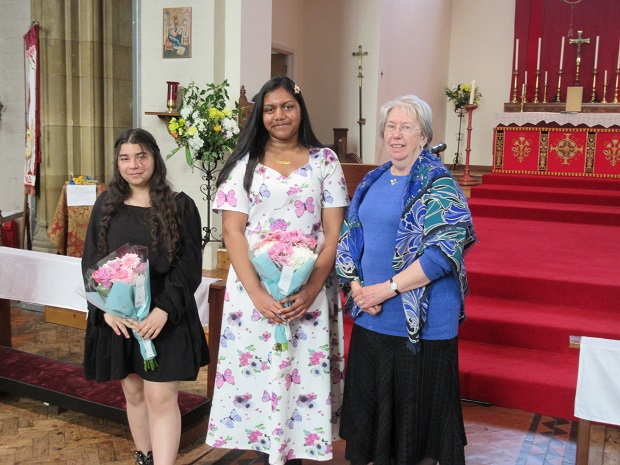 Janet congratulated them both on their performances. (from left to right, Zehra, Luxnavi and Janet).

After his training at the Royal Academy, where Driffill was awarded three gold medals and a certificate for harmony, its highest award, he became organist at Barnet Wesleyan Church in 1894, and later at Holy Trinity, Lyonsdown, before becoming organist at St Mark’s and Monken Hadley parish church where he married Kate Prior in 1908.  After his death in 1922, he was buried at Bells Hill cemetery.

He gave numerous concerts locally, including one at Barnet Town Hall in 1895 that was said to have been “enthusiastically received.”

By the early 1900s he was performing regularly at concerts organised by both the Barnet United Choral Society and the Barnet Philharmonic Society.

Pianoforte recitals of his work included some performed by the pupils he taught from Queen Elizabeth’s Boys School and other schools. 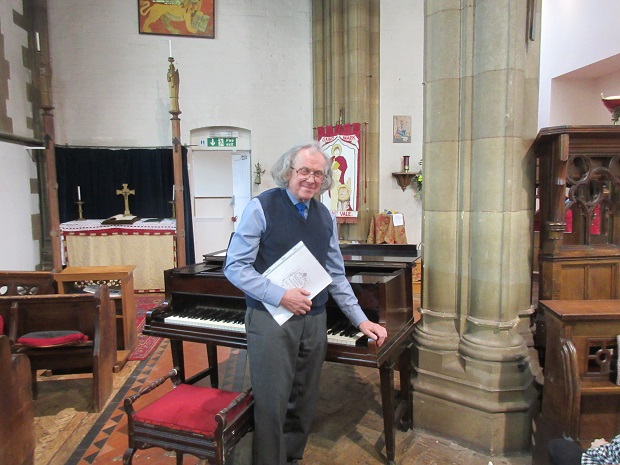 Before playing Driffill’s School Day Miniatures for the pianoforte (published 1916) Terence Atkins said it was obvious from his compositions that Driffill must have been great fun as a teacher and obviously had a great relationship with his pupils, as illustrated by some of the titles, A Romp, Dancing Lessons and Going to Sleep.

The final pianoforte recital was of Valse Caprice (published 1915) which Terence said had more recent stylistic features and was “much harder work” to perform than the School Day Miniatures. 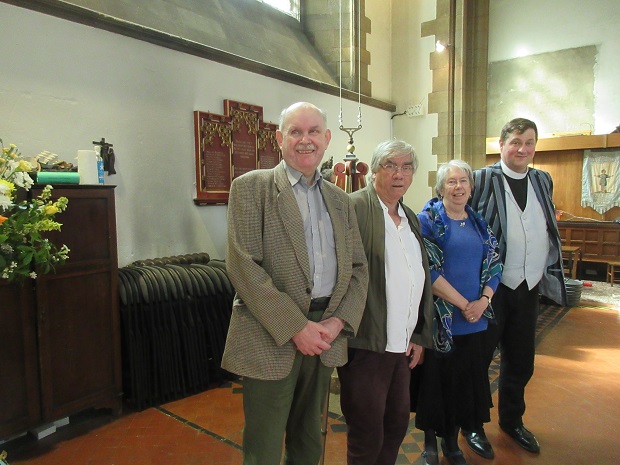 Father Tristan Chapman opened the recital and expressed his delight that St Mark’s was hosting the first performance in perhaps 100 years of some of Driffill’s finest compositions. (from left to right, John Hay, Craig Culley, Janet Culley, Father Chapman).

He was so pleased that John Hay had taken the initiative in organising an event to commemorate an organist and composer who had so many connections with Barnet and whose work was far better known to organists in the Netherlands than here in the UK.

The recital was followed later by a festal evensong which also commemorated the centenary of Driffill’s death, and which featured Father Chapman and Father Thomas Renz, rector of Monken Hadley, and a performance of Driffill’s Toccata in F minor, The Voluntary, by the organist Jonathan Gregory.