Campaign to preserve New Barnet Victorian villa for community use 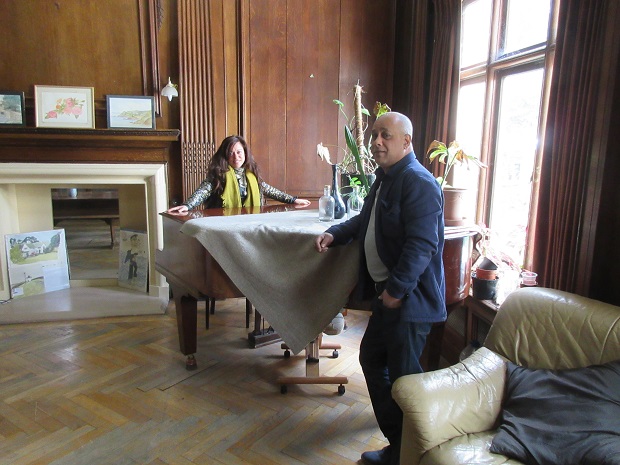 Resident guardians who are having to leave a Victorian mansion in New Barnet that has been their home for the last five years fear for the safety of the building while a planning dispute drags on.

Singer song writer Ilana Lorraine – seen at her grand piano – is promoting a campaign by the former tenants to persuade local organisations to see if the Italianate-style villa at 33 Lyonsdown Road can be saved for community use rather than replaced with a block of 20 flats.

The last seven of the 14 original tenants are on the final two weeks of a months' notice and despite having to leave are still hopeful that the building can be preserved rather than demolished.

Ms Lorraine who moved out some weeks ago – but who has yet to collect her piano – said that during the time they had been resident guardians, they had brought the mansion back to life with music and other artistic pursuits.

“We have so enjoyed living here and we demonstrated how with its historic atmosphere and marvellous wood panelled rooms it could become an artistic and musical hub for the locality.”

An application to replace the building with a block of 20 flats was rejected unanimously by Barnet Council’s planning committee in February.

Property developers Abbeytown Ltd of Ballards Lane, Finchley, told the Barnet Society they were considering lodging an appeal against the decision.

“An appeal is likely because the committee voted to reject the plan against the advice of the council’s own planning officers.”

Because of dry rot and movement in the structure of the building Abbeytown said it could not be refurbished, and it had to be vacated because it was no longer structurally sound.

When Live-in Guardians, which had been managing the property, gave the tenants a months’ notice the company explained to them that the building had to be left vacant because it had become unsafe for occupancy. 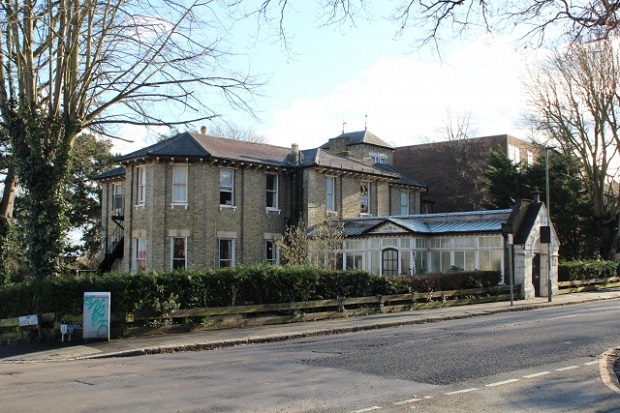 The planning committee’s unanimous rejection of the application for flats followed objections from a wide range of residents and organisations, including the Victorian Society, SAVE Britain’s Heritage and the Barnet Society who urged the council to consider alternative uses for the villa, which was built in 1866 and is listed locally for its architectural significance.

Abbeytown’s application – for a block of 20 one- and two-bedroom flats – was recommended for approval by Barnet’s planning officers because the latest scheme had overcome their previous objections and those of the planning inspector and was deemed acceptable on character and appearance grounds.

“It is considered that the proposed building could now be accommodated on the site without being seen as a visually intrusive or incongruent structure in the context of the surrounding area.”

The villa was in private ownership until just after the Second World War when it became a home for mothers and babies and was purchased in 1958 by the Society of African Missions, before finally becoming vacant. 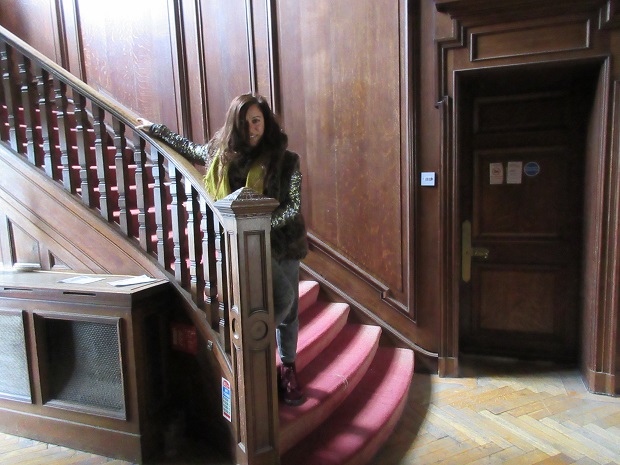 Resident guardians moved in five years ago and the 14 tenants, each paying between £400 and £600 a month for their rooms, redecorated much of the interior, including a long conservatory that provides a bridge from the main entrance to street level in Lyonsdown Road.

Ilana Lorraine described how with like-minded fellow tenants they held musical evenings and artistic events. She and a friend purchased the grand piano for £50 at an auction sale; they also installed an early juke box.

“We were immaculate in caring for the villa and we think it could create an ideal venue for the community for music and artistic ventures. Our fear now is that once everyone has moved out, the building will be empty and could be vandalised.” 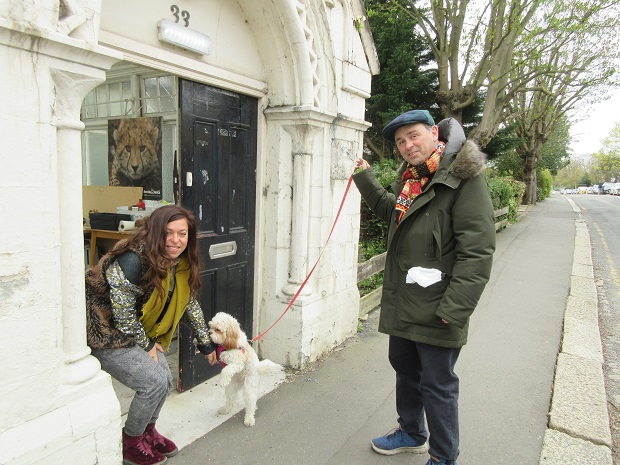 Nearby resident Laurence Summers, a Barnet tour guide, stopped to give Ilana support. He walked past the villa regularly with his dog and agreed it should be saved for community use.

“We need to preserve historic buildings like this and put the space to good use instead of replacing it with yet another block of flats.”

Ms Lorraine is now looking for a new home for her grand piano and 12-seater settee, ready she hopes for a repeat of the musical evenings they held in Lyonsdown Road.

She is just about to release her latest song, Reason Why, which she composed while being helped with a grant from the Arts Council for developing her creative practice.