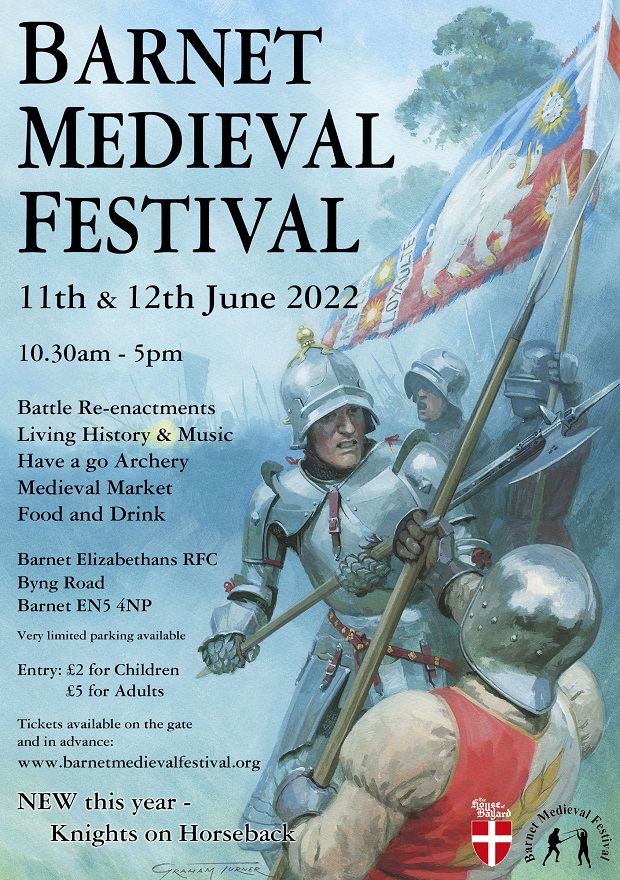 Knights on horseback are to feature for the first time in military re-enactments at the fourth annual Barnet Medieval Festival to be held in mid-June at the Byng Road playing fields.

Staging mounted combat will be a spectacular addition to what is rapidly being recognised as the leading medieval festival in London and south-east of England, attracting military re-enactors from across the country.

Re-enactments of the 1461 Battle of St Albans and the 1471 Battle of Barnet will be the highlight on both days of the two-day festival – Saturday 11 June and Sunday 12 June – which is again expected to attract over 300 medieval re-enactors and traders.

Dr Susan Skedd, festival director, says the re-enactors, who are co-ordinated by the House of Bayard and the Wars of the Roses Federation, are hoping to bring four of perhaps five knights on horseback. 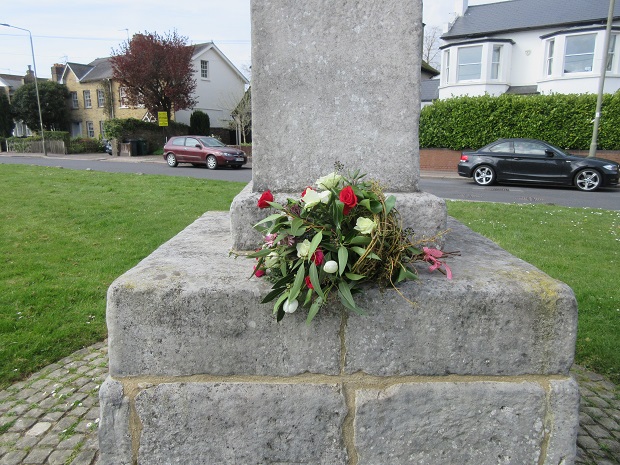 “Mounted combat will be a first for the Barnet festival and is another vote of confidence in the growing appeal and popularity of our event.”

To mark the 551st anniversary of the Battle of Barnet – on 14 April 1471 – a medieval-style wreath, which included flowers of the red and white colours of the Wars of the Roses, was laid at Hadley Highstone to commemorate those who lost their lives.

Initially last year’s festival had to be cancelled – as happened in 2020 – because of the Covid pandemic. But the easing of social distancing restrictions meant it could be rescheduled to last September and, in the event, the 2021 festival proved a great success.

Dr Skedd said she was delighted the military re-enactment community were already expressing great enthusiasm for the prospect of a June festival in Barnet, even though it would be within nine months of their last visit.

“Barnet is becoming a top attraction because the Byng Road playing fields, next to the Green Belt, are considered a superb location for military re-enactment and because site is also ideal for a medieval camp site.

“The interest and enthusiasm of the public is another great plus for the re-enactors, not forgetting of course that Barnet is the only known battlefield within Greater London and is accessible by tube and bus.”

Tickets for the 2022 festival will be on sale shortly and High Street stockists will include the Hopscotch sweet shop opposite the parish church. 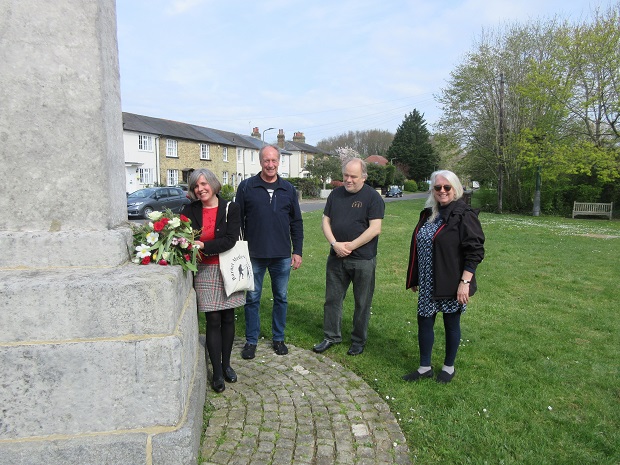 The wreath for the ceremony at Hadley Highstone was created from recycled flowers by Ursula Stone at the Flower Bank, New Barnet.

Medieval symbolism in the design was reinforced with red and white flowers, herbs, and rosemary for remembrance, all within a willow basket.

Dr Skedd laid the wreath on behalf of the festival – who is seen here from left to right, with trustees Nevill Rogers and Alan Last, and Alison Rogers.