Flagrant violation of Conservation Area planning rules to be demolished 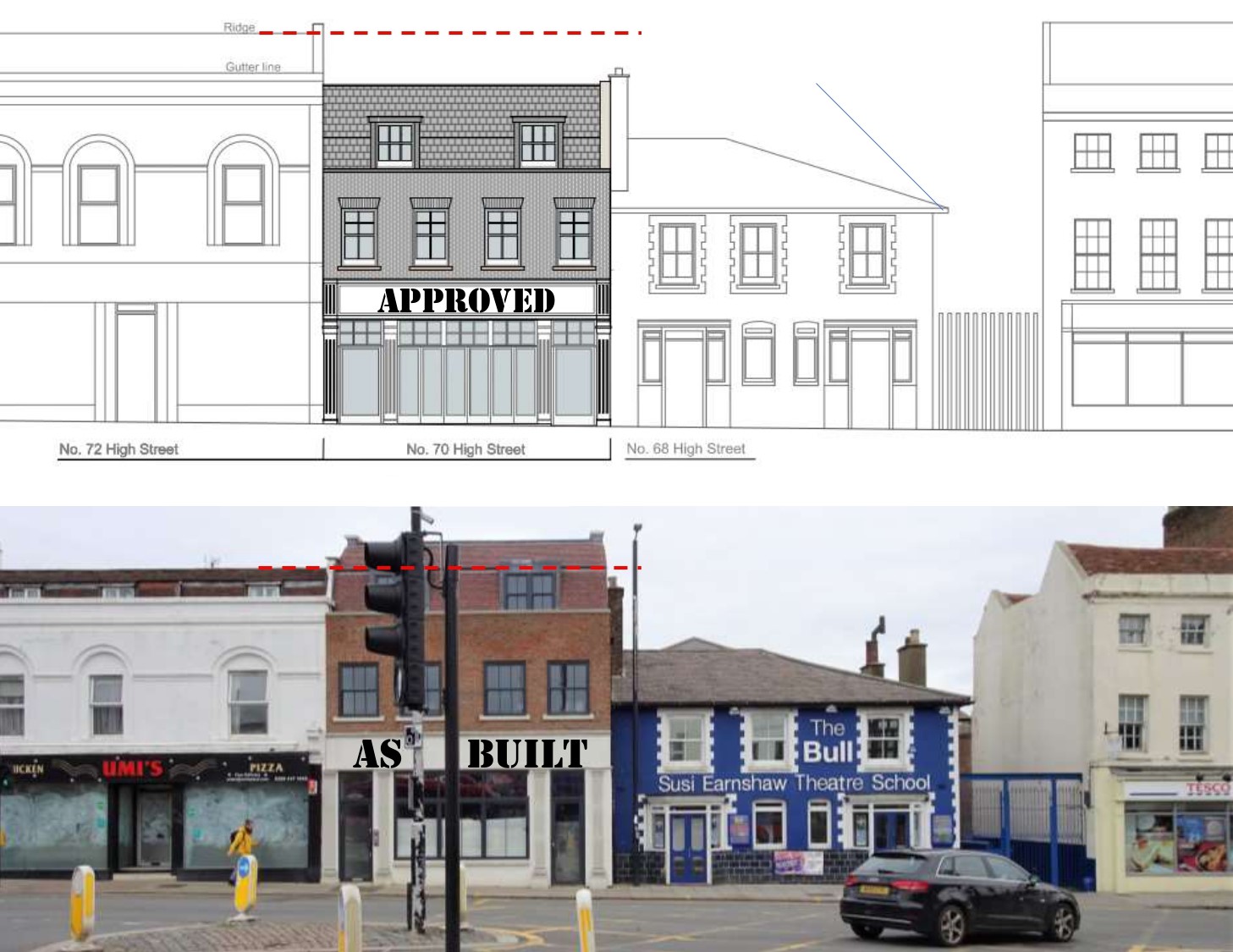 More than two years after Barnet Council served an Enforcement Order on the owner of 70 High Street for non-compliance with its planning permission, and eight months after he appealed against the Order, a Planning Inspector has ruled that the building must be entirely demolished and the original building After Office Hours rebuilt.

This is a vindication of the Council, the Barnet Society, Barnet Residents Association and other local people who took a stand against a gross breach of planning law.

Our objection was never against a replacement building. After Office Hours was not an ornament of the High Street, whatever features it had of architectural or historical interest or value having been lost years ago. We were generally content with the replacement proposal that was approved in 2017.

But the building that emerged from behind scaffolding in summer 2020 deviated from the approved drawings in several respects, most noticeably being much higher. Instead of forming a gentle transition down from No.72 to The Bull, the new building actually steps up, presenting an ugly and overbearing flank to The Bull and the street.

We thought it was unacceptable, and submitted a detailed representation to the Planning Inspectorate. We concluded,

“The Wood Street Conservation Area has suffered frequent, if less conspicuous, breaches of planning law over recent years: this flagrant example must be refused if further attrition is to be stemmed.” 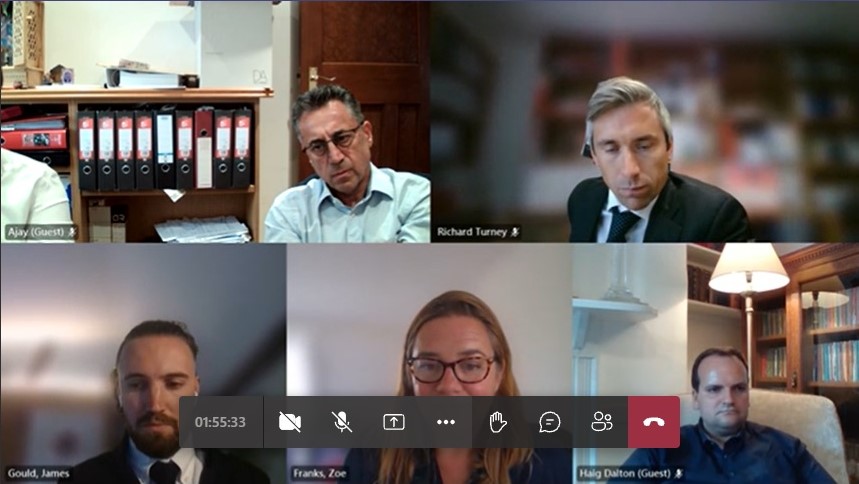 At a Hearing on 28 September, the Appellant was represented by a QC who called on the owner, a planning consultant, a heritage expert and an engineer. Their evidence was detailed and professionally presented. (They are seen above with the Planning Inspector in the middle of the lower row). The Council was represented by a single Enforcement Officer, supported by the Barnet Society and BRA.

The Planning Inspector handled the Hearing extremely fairly, and the following day visited the site. Her conclusions were unambiguous. As she says in her report,

“When standing closer to the development, the building feels and looks overly large in terms of its height and bulk in its surroundings and ill-proportioned when seen in comparison to its adjoining neighbours. This awkwardness in the relationships is exacerbated by the use of the materials. The brickwork element at the first floor is overly extensive and highlights that the floor levels are very different to what would be expected when compared to its neighbours.”

Deviations of that extent should not be permissible in any approved development. But they are particularly serious in a Conservation Area. In recent years both Wood Street and Monken Hadley CAs have been gradually degraded by planning abuses which Council planners seemed unable or unwilling to prevent.

If a violation of this magnitude had slipped through, what hope would we have of preserving and enhancing the character of the town centre? Winning this appeal will send a powerful message to other potential developers in Barnet that they cannot play fast and loose with planning policies, particularly in Conservation Areas.

It may also strengthen the role of the Conservation Area Advisory Committee, on which the Society is represented by Guy Braithwaite. That’s greatly to be hoped, since the Council earlier this year ceased planning officer attendance at CAAC meetings, and provides it with only minimal support.

The Inspector has required the reinstatement of After Office Hours within 12 months. That’s a tall order, especially given the present shortage of labour and materials in the construction sector. A simpler solution might be for the owner to re-apply for planning permission for the 2015 scheme – but build it in accordance with accurate drawings. 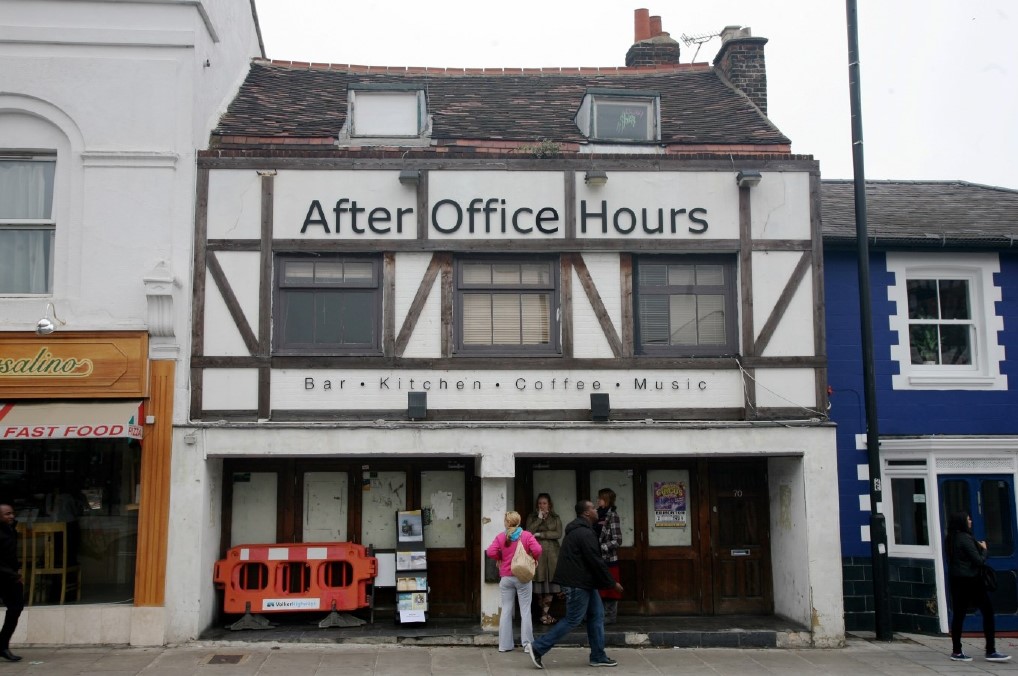 Although it’s good to have won this latest planning battle, still in the appeal pipeline are several more cases on which the Society has submitted representations. These include

The Planning Battles of Barnet go on…