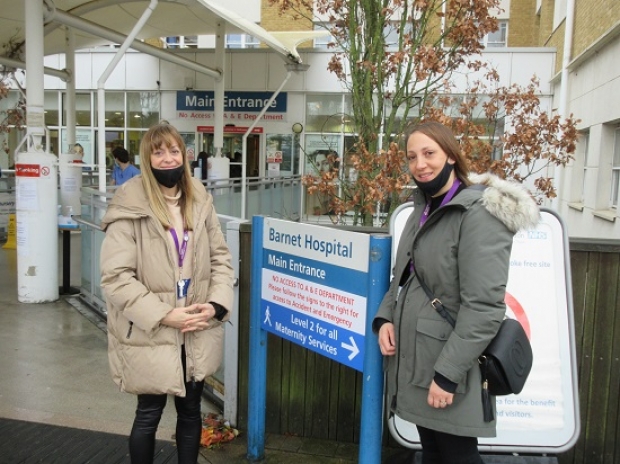 Gifts, donations and volunteering at Barnet Hospital are being co-ordinated by the Royal Free Hospital Charity by volunteer manager, Louise Bellass (left), and community fund raiser, Carla Bispham
Boxes of chocolates, gift bags - and volunteering to have on-line chats with lonely dementia patients - are just some of the many ways in which residents have been showing support and solidarity with the medical and ancilliary staff at Barnet Hospital coping with the added pressures of the covid.19 emergency.

Financial donations can be made directly to the Royal Free Hospital Charity (https://royalfreecharity.org/) which organises and manages charitable support for the 2,500 staff at Barnet Hospital, the second largest within the Royal Free Trust.
Barnet Hospital’s role in treating covid.19 patients – and an insight into the demands this has placed on the staff – has gained nationwide attention after being featured in two editions of the BBC Two documentary, Hospital.

Among the latest gifts for the Barnet staff are 327 boxes of chocolates collected by a community group.
A family wishing to say a special ‘thank you” has donated 250 personal gift bags for staff in intensive care and accident and emergency.
Another volunteer is donating baby wraps which she is producing at home.

Carla Bispham, community fund raiser for Barnet Hospital, (This email address is being protected from spambots. You need JavaScript enabled to view it.) said the gifts they were receiving meant so much to the doctors, nurses, health care workers, as well as to all the ancillary staff such as cleaners and porters.
“Financial donations to our appeal – ‘Supporting our NHS heroes’ – can be made directly the Royal Free Charity website.
“Anyone wishing to donate gifts and other items can send me an email or message me (07399 487202) and I can arrange a time and place for them to be delivered.
“Because of covid.19 – and the need to reduce visits to the hospital to a minimum – arrangements do have to be made in advance as everyone understands how careful we all have to be.” 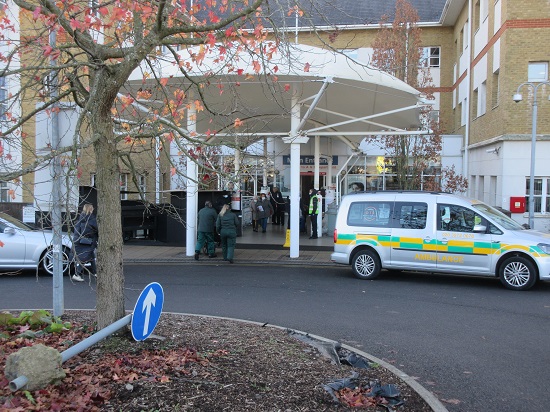 Organising volunteer help at the hospital is proving a real challenge because of the restricted public access to the hospital, but again local people are rising to the challenge says Louise Bellass (This email address is being protected from spambots. You need JavaScript enabled to view it.), volunteer manager for Barnet and Chase Farm Hospitals.
Over 100 volunteers are already signed up to help at Barnet Hospital but given the need to reduce footfall within the hospital, Ms Bellass is working on finding more ways how people might assist remotely from home.

“One volunteer is working at home producing baby wraps for new mothers and babies.
“We are starting a trial to see whether we can make a success of volunteers who are at home being able to talk on-line directly to lonely dementia patients on the wards.”

There are some administrative areas – like the Macmillan cancer support centre – where volunteers can help with paperwork because is no contact with patients.
“We are limited in what we can ask our volunteers to do but everyone working at the hospital is encouraged by the support,” said Ms Bellass.
Further details are on the Royal Free Charity website: https://royalfreecharity.org/get-involved/volunteering/

The task of treating covid.19 patients at Barnet Hospital was featured for a second time in the BBC Two series, Hospital (12.12.2020) which has been widely praised for its insight into the way the Royal Free Hospital Trust has responded to the pandemic.
Two elderly patients who became infected with covid.19 while being treated at Barnet Hospital at the height of the second wave of infections, were featured in the latest episode. 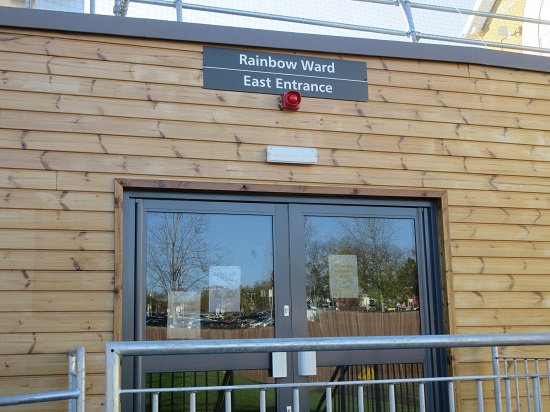 Both were cared for in the new, purpose-built Rainbow ward which has 35 beds, and which opened in November after being constructed during the summer by NHS England at a cost of £4million.
Jim, an 81-year-old patient, who was admitted for a liver complaint, tested negative on arrival but three weeks later tested positive while being cared for on Juniper ward.
After treatment on Rainbow ward, he was discharged and sent home but had to be re-admitted and died soon afterwards.

Joyce, aged 87, was admitted after falling and was due to be discharged nine days later when she tested positive.
She was transferred to Rainbow ward where she needed increasing amounts of oxygen; her conditioned worsened and she died after a few days of palliative care “after saying goodbye to her family.”

The hour-long documentary tracks the work of hospital staff as infections increased in October and November.
On the first day the number of covid.19 patients had increased from 16 to 30 in the previous 24 hours; more staff members had reported being sick or isolated; and pressure on staff was increasing because the vacancy rate was up to 20 per cent.

Caroline Clarke, chief executive, Royal Free, is seen being presented with stark statistics relating to the upsurge in cases, underlying the need for more staff testing to determine how infections were spreading.
Up to 20 per cent of Barnet Hospital’s covid.19 patients had acquired their infections in hospital; 159 of the staff had covid.19-related symptoms.

At that point staff were being routinely tested every seven days and later this was increased to twice a week. Since the start of the pandemic, a third of the staff had been off with covid.29 and half had shown no symptoms.
Staff were seen coping with multiple outbreaks among staff and patients on four separate wards, their difficulties compounded by the struggle to fill vacancies.

Carla Bispham hoped that the Hospital documentaries, produced by in partnership by the BBC and the Open University, had widened public awareness of the challenges in treating patients during the pandemic.
“It’s been really hard for the staff this year...and it’s hard for them to watch it all on television.”

Published in General News
More in this category: « Theatre school pupils say 'the show must go on' From inspiration to realisation: the greening of Barnet Hill »