Wanted: Barnet memories of going to the flicks 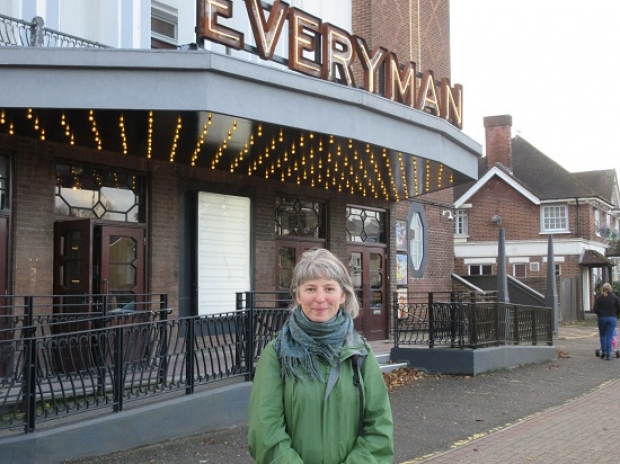 Going to the pictures once or even several times a week used to be commonplace among the older generation...but with the closure of numerous cinemas across the London Borough of Barnet memories are fading fast.

Vesna Lukic, a documentary film lecturer at Middlesex University in Hendon, has launched an oral history project to capture the recollections and opinions of past and present filmgoers.
An ideal starting point for her research was a visit to Barnet’s Everyman cinema, now a five-screen complex.

In its heyday as the former Barnet Odeon, the cinema had a massive auditorium with just over 1,000 seats in the stalls and 540 in the circle.
Opened in 1935, the former Odeon is listed by Historic England as Grade II and is said by enthusiasts to be one of the finest buildings of architect Edgar J Simmons, and is famous for its “Moorish styling, art deco features and octagonal shape”.

Ms Lukic, who completed a PhD in film at Bristol University, is keen to tap into people’s memories about their film going, especially in the years when “going to the flicks” – slang derived from the flickering appearance of early films – was such a regular pastime.
“Why was going to the cinema so popular? Why was it almost a way of life for some people? What were their favourite films?
“Did they go as families, on their own, or perhaps courting with a boyfriend or girlfriend. We would love to hear.
“North London, like the rest of the country, still has some of these iconic structures like the Barnet Odeon, although there are fewer and fewer.
“Cinemas in the UK, unlike in many other European countries, were often very striking buildings. Was this perhaps part of their appeal?”

Under Ms Lukic’s direction, documentary film students will interview local residents – via Zoom or any other online platform – and the aim will be to start an oral archive at the university.
“The ways in which people watch films are changing rapidly with the decline in cinemas and the growth in streaming services on television and online, so it’s important to hear and record the memories of those who gained so much pleasure in the past from going to the cinema.”

Another part of the project is research by the students into the history of cinemas across the borough. They aim is to collect and collate information about those which have closed, and either been demolished or redeveloped.
“Once there were three or four cinemas along the Great North Road, including the Odeon in North Finchley, the Gaumont in High Barnet, and others nearby, like the Regal in New Barnet, and we would love to hear memories that people might have.” 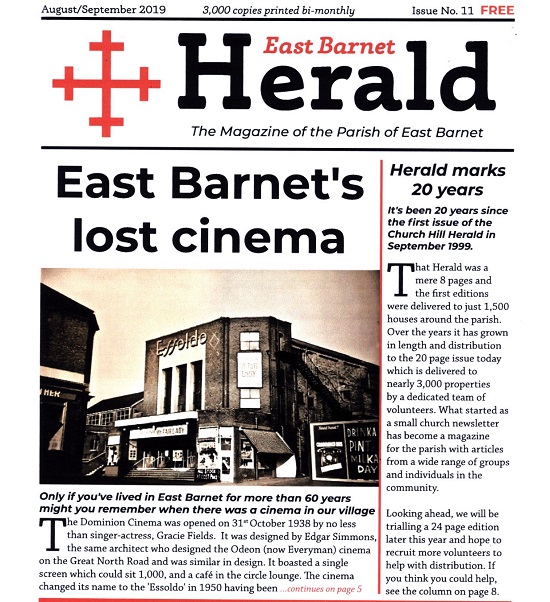 Another once popular local cinema was the Essoldo – formerly the Dominion – in East Barnet village which was demolished in 1967 and replaced by a Budgen supermarket.
Like Barnet Odeon, it was designed by Edgar Simmons and had seats for 1,000 and a café in the circle lounge.
Gracie Fields sang “The Sweetest Song in the World” at the opening of the then Dominion cinema in October 1938 and according to a report in the East Barnet Herald (August-September 2019) several local residents remember that she later sang her signature song “Sally” from the balcony to the crowds down in the street below.
Residents’ recollections of visiting the cinema in the 1950s and 1960s recalled the blockbusters of the day from How the West Was Won to Song of the South and from Summer Holiday to Zulu.

The first films to be screened at the Odeon Barnet were Transatlantic Merry-Go-Round starring Gene Raymond and Laurel and Hardy in Them Thar’ Hills.
Another line of research for Ms Lukic and her students is to discover more about the other events staged in local cinemas. Often, they hosted appearances by singers, pop bands and other musicians. 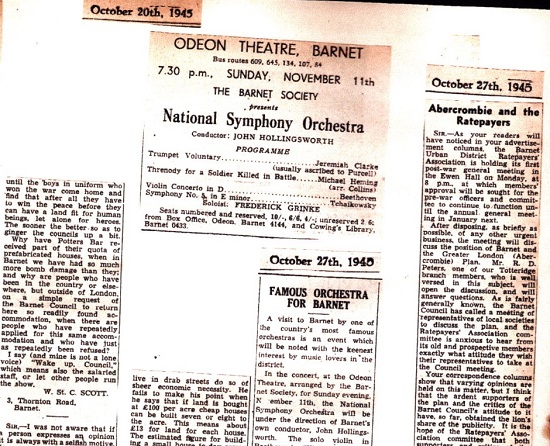 One of the very first events organised by the Barnet Society after its formation in 1945 was to host a concert at the Odeon by the National Symphony Orchestra under the direction of Barnet’s own conductor, John Hollingsworth.
Tickets for the concert – held at 7.30pm on Sunday 11 November 1945 – cost ten shillings, six shillings and sixpence pence, and four shillings, and unreserved two shillings and sixpence.
Anyone wishing to help with Middlesex University’s research are asked to email Vesna Lukic at This email address is being protected from spambots. You need JavaScript enabled to view it. 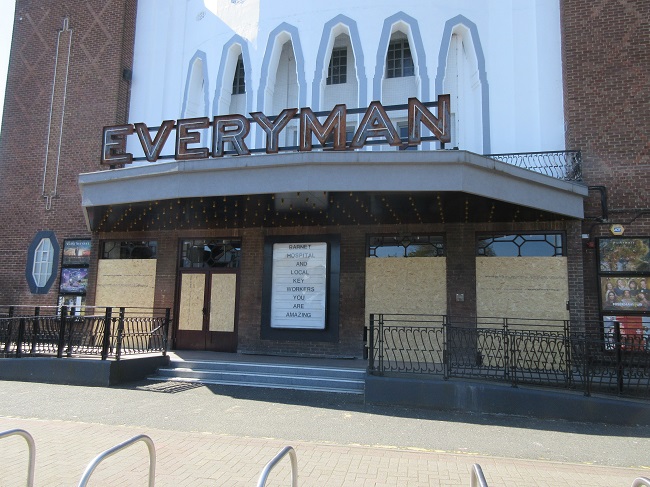 During the 13-week lockdown for Covid-19 earlier this year the Everyman’s art deco windows were protected by wooden boarding. At the front of the building, in place of the daily programme of films, there was a bold message of praise for front line staff tackling the coronavirus pandemic.
As staff prepared for the November lockdown, they had their fingers crossed that the Everyman would be welcoming cinema goers once again from Wednesday 2 December, or as soon as possible after that date.