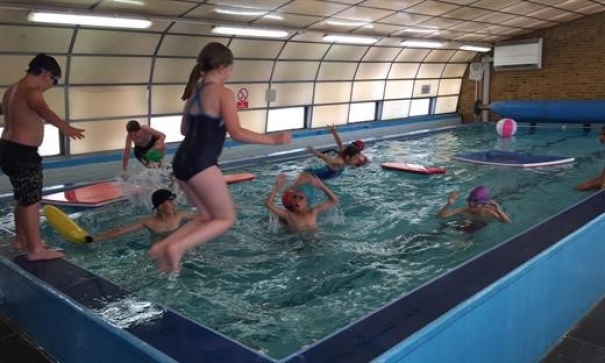 If sufficient votes can be cast in favour of the appeal, the school could be awarded between £10,000 to £25,000 from a community fund made available by the Aviva insurance group.

The closing date for voting is Tuesday 21 November and parents say that they are working flat out right up to the deadline to secure as many votes as possible.

People are being urged to register their votes without delay:
https://community-fund.aviva.co.uk/voting/project/view/17-4779

Unless money can be found to replace the roof, the pool – which was built by the school’s parents’ association in – will have to close, depriving children of a much-used and much-loved facility.

Although it is a small 10 metre pool, every child has the opportunity to learn to swim, and the parents say a new roof is desperately needed, along with a new heating system that is environmentally sustainable.

Simon Cohen, one of the parents behind the push to get more votes for the Aviva appeal, says the pool is an amazing facility because it demonstrates that great teaching can be achieved despite the size of the pool.

“My daughter recently got her one-mile swim badge which required her to swim around the pool 68 times and took her over an hour to complete.”

The pool, measuring 40ft by 16ft and 3ft deep was fitted with a Clearspan roof and the water heated, filtered and chlorinated.

It was officially opened by the Mayor of Barnet, Alderman Joseph Freedman, in March 1973.  He unlocked the door and children gave a swimming demonstration.

Mr Cohen says that the current level of donations from parents only just covers the running costs.

“Sadly, the roof is in need of replacement and if it can’t be replaced, the pool will have to shut down. The pool serves the local community, not just the pupils, and we desperately need new funding.”