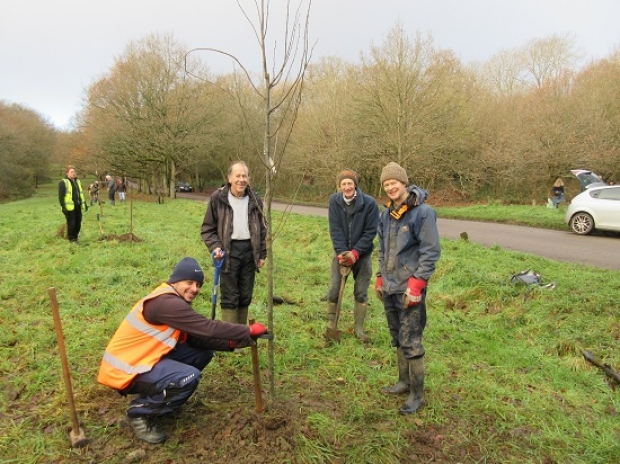 In goes a small-leaved lime sapling under the guidance, from the left to right, of Anthony Facey of Ground Control, William Boyes, clerk to the churchwardens, Roger De La Mare and Gary Chambers
Tree planting to sustain Hadley Woods is proving a far simpler task than updating the archaic laws that have governed Monken Hadley Common since the reign of King George III.

An enthusiastic working party made short shrift of planting a line of whitebeam and small-leaved lime trees alongside Bakers Hill to enhance the southern boundary of the woodland.
The woods and common – the last tract of Enfield Chase still preserved as common land and safeguarded from development – are looked after by volunteers who are marshalled by two curators, Roger Headey and Peter Davies, on behalf of the churchwardens.

A new Act of Parliament will free the stewardship of the common from legal restraints that have been in place for the last 250 years but now cause major problems.
The Enfield Chase Act of 1777 vested ownership of the common with the churchwardens of Monken Hadley parish church.

Under the provisions of the Monken Hadley Common Bill 2019-21, Parliament is being asked to approve legislation to transfer the common to a new charity to own and manage it.
So far, this private bill has reached its report stage in the House of Commons, and after the expected formality of a third reading, will go to the House of Lords for consideration and hopefully gain Royal Assent in 2021.

William Boyes, clerk to the churchwardens, his colleagues and parliamentary agents have spent months preparing the legislation and sorting out a host of legalities, not the least the task of preserving the historic right of commoners to graze their cattle on the common.
Monken Hadley Common is thought to be the seventh largest stretch of common land in Greater London and the largest which is not owned and/or managed by a public body. Taking the legal steps to pass the land to a charity, which will be membership based, is considered the most effective way to ensure it is maintained in perpetuiy for public recreation and nature conservation. 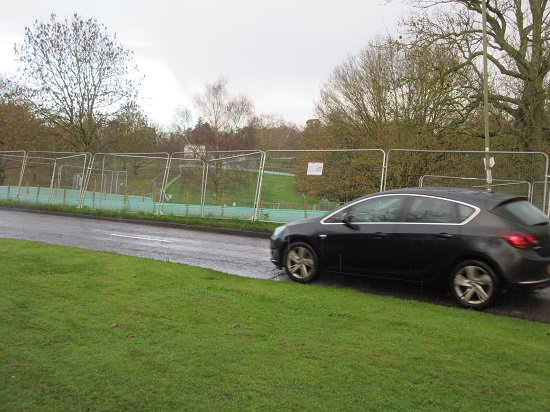 2021 is already due to be quite a significant year in the history of the common, its woods and ponds.
Work is scheduled to start on 4 January on the installation of a new resilience water main that is being laid across the western corner of the common, from Camlet Way, alongside the boundary of the cricket pitch, across Hadley Common Road, and then on to Barnet High Street through King George’s Field and the playing fields of Queen Elizabeth’s Girls’ School.
Plastic barriers and traps have been set up across the common to safeguard great crested news which might be disturbed by the digging of a trench and associated construction work. 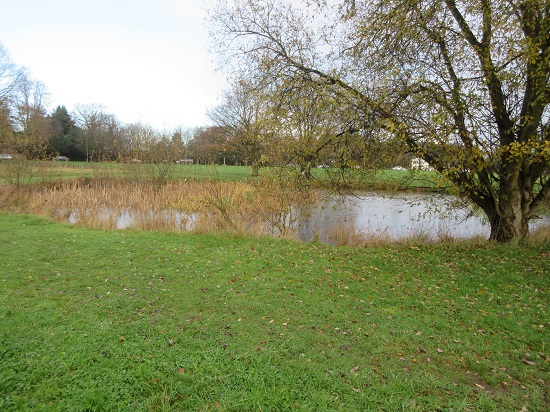 Special environmental safeguards are needed because earlier in 2020 over 40 great crested newts were found in Gladsmuir pond, which borders Hadley Common Road.
They are a protected species whose habitat must be preserved, and because their route to hibernation under nearby trees and scrubland is crossed by the line of the new water main, two-foot high, plastic barriers and traps were laid out across the common.
Maintaining the common and woodland is a constant task performed by a team of 20 or so volunteers whose most recent assignment was to plant ten saplings provided by Cadent Gas in return for trees that had to be felled when Cadent Gas was clearing the vegetation from the route of the gas main on the eastern side of the East Coast main railway line which bisects the common. 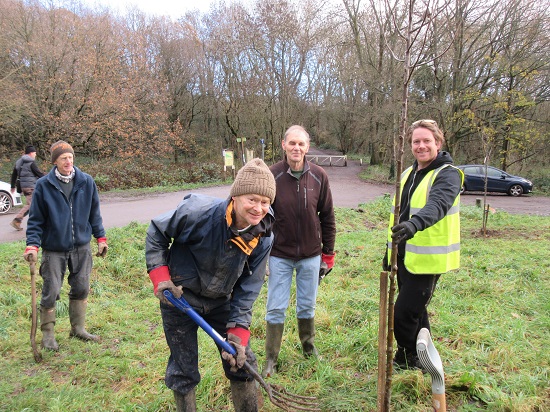 Rather than choosing oak or chestnut, the curators asked for a selection of saplings: three small-leaved lime, three whitebeam, two silver birch and two willow.
One of the small-leaved lime saplings was held steady as the volunteers finished off the planting (from left to right, Roger De La Mare, Gary Chambers, Peter Davies, and Chris May of Ground Control).
Regular working parties maintain the common and the woods, picking up litter, cutting back undergrowth to maintain footpaths, clearing holly and digging out ditches which include the Danube that runs through the western end of the common down to a drain under the railway line. 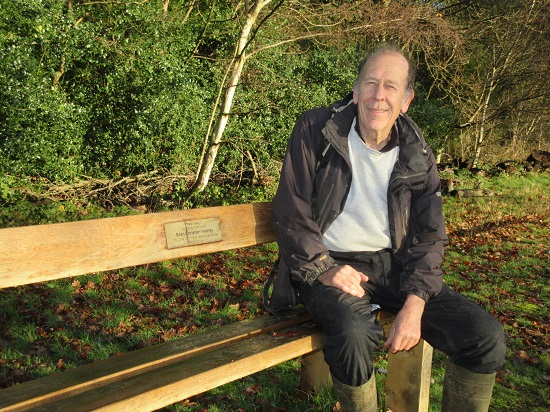 Benches in and around the common are popular, especially in summer.
Mr Boyes, whose father William Edward Boyes, was clerk of the church wardens in the early 1960s, is pleased that local people take advantage of the chance to donate a bench, the newest being in memory of the late Barnet estate agent, Sean Christian Heaney.
Mr Boyes is a fourth-generation solicitor whose father, grandfather and great grandfather (but not himself) were partners in the firm of Boyes, Sutton, and Perry which practices from the newly renovated property of 20 Wood Street which is still owned by him and other members of the family.

As a resident in nearby Clifford Road, he spends many hours with other volunteers keeping an ever-watchful eye on the common and woods.
Given his legal background and his many Barnet connections – his great grandfather was a solicitor in Barnet in the 1870s – Mr Boyes has taken a great interest in trying to sort out the many complexities surrounding the preparation of the parliamentary bill.

Cattle were grazed on the common until the 1950s and Mr Boyes had to locate the 119 houses that were believed to hold grazing rights when a report was prepared in 1902.
“Few of them had the faintest idea this was the case, but the properties had common rights before the Act was passed in 1777, these had been preserved by that Act and will remain after the new Act comes into law. The commoners once had a liability to pay the poor rate and land tax.
“I was interested to find that these rights were associated not only with houses in Hadley Common Road, Camlet Way and Drury Road, but also properties in Hadley Green, and right down the High Street as far as Boots the chemist.” 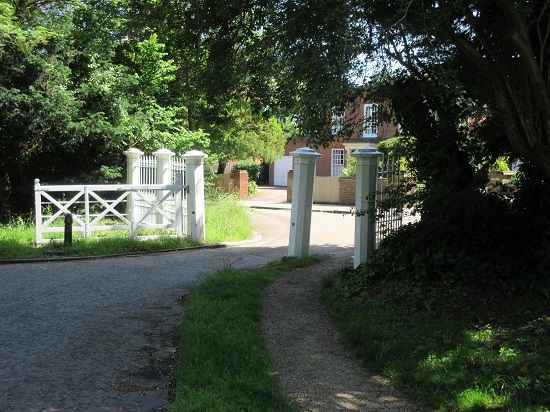 A much-loved relic of those early traffic-free cattle-grazing days are five white-painted wooden gates that used to control access, and which are listed as being of Grade II historic or architectural merit. The removal of cars and return of cattle to the common would be very welcome.

So far there have been no substantial objections in Parliament or by any organisation to the provisions of the Monken Hadley Common Bill and once some drafting amendments have been agreed, it will move to the House of Lords for consideration.

Published in General News
More in this category: « Food banks across Barnet face twin challenge of Covid-19 and Christmas Theatre school pupils say 'the show must go on' »