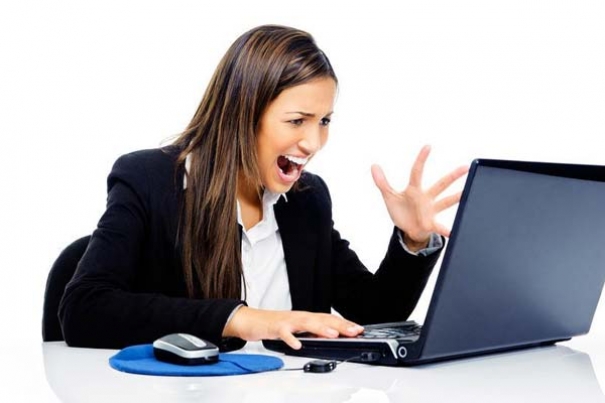 Slow broadband makes life difficult for many
A street-by-street survey conducted by local residents has demonstrated overwhelming support for a campaign to persuade British Telecom to provide up to 3,000 High Barnet residents with the fast broadband connection they so desperately need.

The results of the survey are now being forwarded to Andrew Campling, BT’s general manager for the London area, who gave the Chipping Barnet MP Mrs Theresa Villiers a personal assurance that evidence of local demand would be taken into account during a review of the broadband roll-out for Greater London.

Eight residents attended Mrs Villiers’ meeting with Mr Campling (13.3.2015), and the survey that has been completed is one of several currently under way.

We encountered numerous instances where families complain that school children cannot complete their homework because the internet is so slow.

A group of residents in Granville Road and Queen’s Road delivered a questionnaire to households in 16 roads connected to the Bell’s Hill telephone cabinet. A total of 192 households expressed a positive interest in upgrading, as did all 12 businesses on the Queen’s Road industrial estate.

The organisers say they took Mr Campling’s assurances to Mrs Villiers at face value and were anxious to respond positively to his advice to test local support for an upgrade and to discover whether the installation of a fibre-enabled cabinet in Bell’s Hill was commercially viable.

“Our survey shows beyond doubt that almost all the householders in our immediate locality do want high-speed broadband and would be prepared to sign up to a BT Infinity service.

“There is no logical reason why the Bell’s Hill box has been excluded, especially as immediately adjacent boxes at Ravenscroft Park and opposite the Arkley public house do have fibre-enabled cabinets.

“We encountered numerous instances where families complain that school children cannot complete their homework because the internet is so slow.

“Replies to our questionnaire also highlighted the problems faced by householders who conduct business at home and who are frustrated by the lack of a broadband service that allows them to work effectively and that often means they have no alternative but to return to their offices at weekends to complete urgent tasks.”

Mr Campling promised that nine local cabinets that need to be upgraded would be considered during a three-month review of progress in the London roll-out programme, which so far has reached only 77 per cent of properties in High Barnet.