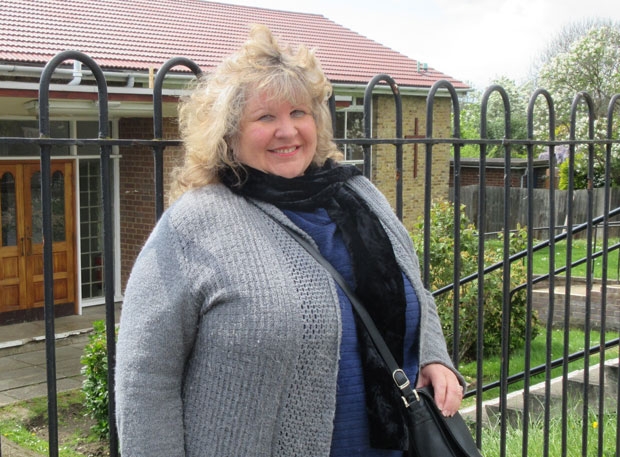 Ros Howarth is helping to organise a fund-raising appeal to save a New Barnet church for community use
Residents of the New Bevan housing estate in New Barnet face a daunting race against time to try to raise enough money to save a much-used meeting room and children’s play area.

Members of the Barnet Christian Fellowship stepped in and succeeded in gaining a six-month reprieve when they discovered the London Baptist Property Board was in the process of selling the New Bevan Community Church for housing redevelopment.

Although there is now an opportunity to launch an appeal to buy the premises – which are protected for the next six months as an asset of community value – the Christian Fellowship no longer has use of the building which has put at risk the future of several community initiatives.

A well-supported senior citizen’s lunch club and two popular children’s clubs have managed to find temporary homes some distance away, but their long-term prospects are in doubt.

“Our estate has lost its one and only community building, and our senior citizens and families with children are distraught over the loss of such a vital venue,” said Ros Howarth, who is helping to co-ordinate the campaign to buy the church building so that it can continue to provide a hub for the community.

If the appeal is to be successful, at least £480,000 will need to be pledged through a crowdfunding appeal:

So far over £2,400 has been pledged and a campaign has started online to attract wider support.

The New Bevan housing estate, which was named after a prominent Cockfoster family, was built in the 1940s and 1950s and the New Bevan Baptist Church opened in 1958.

It ceased to be a Baptist church in 2017, was renamed the New Bevan Community Church and continued to be home of the Barnet Christian Fellowship which had been a tenant for the previous 18 years, organising numerous community events. 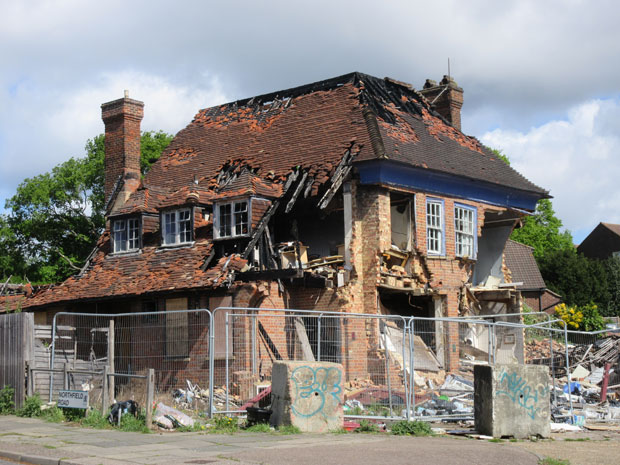 The current closure of the church building and gardens has deprived the New Bevan estate – which is between New Barnet and Cockfosters – of its last community space, a loss that has been compounded by the continued dereliction of the estate’s only public house, the Jester, which was damaged in a fire and partly demolished.

When the Fellowship heard in January 2018 that the Baptist Property Board had put the church on the market, it raised a petition opposing the sale and then mounted an unsuccessful attempt to buy it.

On discovering that five or so offers have already been made to buy the church for around £900,000, Ms Howarth and other members applied to Barnet Council to register the church as an asset of community value, an application which was approved in early April and which triggers a six-month moratorium after formal registration in May.

“We lost the use of the church in mid-April, and it is now closed and locked up, but we do have this chance to see if we can raise enough money to buy the building.

“It’s a daunting challenge but we know we have the estate behind us. We are hoping desperately for a lucky break, perhaps finding a benefactor or attracting sponsorship.

“This has become the symbolic hub of the New Bevan community and it is where for years there has been a senior citizens’ lunch club, a children’s after-school club with a free evening meal, a mother and toddler club and a weekly keep-fit class.

“For many of those who are 80 plus and who have reduced mobility, the lunch club has been the only time they leave the house or have anyone to talk to and they are all distraught at what’s happened.

“Many of those attending the children’s clubs, Going Bananas and Gold Diggers, are from low income or one parent families, and they have no outside space to play at home as many of them live in flats.

It’s a daunting challenge but we know we have the estate behind us. We are hoping desperately for a lucky break, perhaps finding a benefactor or attracting sponsorship

“The children’s clubs provide them with a safe place to be after school and help to give them a sense of direction and self-esteem with bible-based activities and games. Volunteers at the church prepare and serve the children an evening meal, which is free of charge.

“If we can raise the funds to buy the church on behalf of local residents, we plan to introduce a weekly drop-in session to provide letter writing and form-filling assistance for any local residents who have literacy difficulties.”

Ms Howarth says all donations to the fund will be transferred to Community Action Matters Ltd, a community interest company set up specifically to purchase the church of behalf of the local community.

More in this category: « Learning more about dementia and palliative care Soloists past and present at QE Girls’ service »