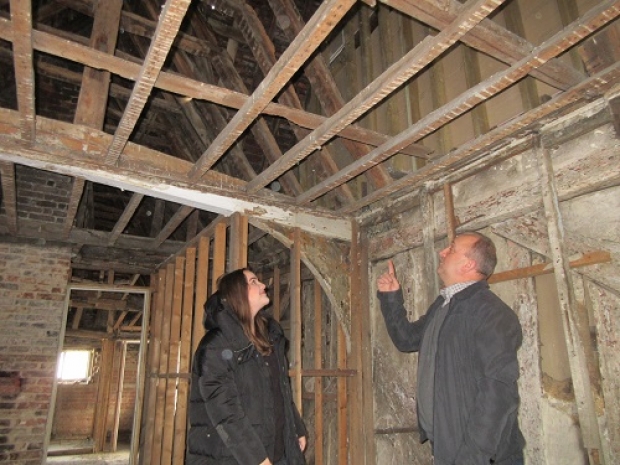 Arianit Dobra and his daughter Elisana admire the medieval woodwork in their shop in Barnet High Street.
Specialists in medieval buildings have expressed amazement and delight at the discovery in Barnet High Street of an original timber framed roof that might date back to the 14th century or earlier.

When plasterboard and ceilings were removed from the inside a former hairdressing salon, they revealed the intact timbers of a crown post roof which appears to have been constructed sometime around 1300.
Detailed tests are being carried out by experts who agree that 54A High Street, across the road from the parish church, is perhaps one of the oldest surviving medieval buildings in Greater London.
Owner of the property Arianit Dobra, who plans to convert the premises into a florist’s shop, is working with conservationists. He wants to leave the medieval roof space exposed so that the original timbers will be on view. 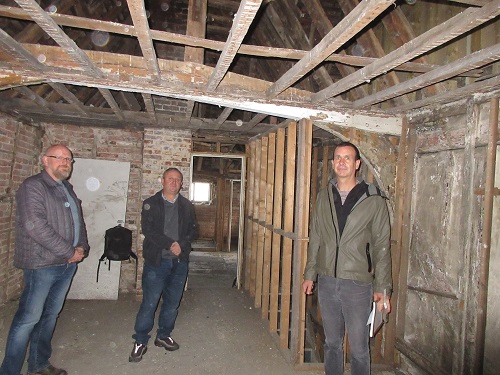 Michael Dunn (right) of Historic England, called in to re-assess the historic listing of the building, summed up the experts’ excitement.
“This structure is so rare, no wonder we are excited. We have found 14th century timbers and a roof structure which we had no idea even existed.”
Lee Prosser (left), curator at historic royal palaces, who has been studying medieval buildings in Hertfordshire, believes the building might have been constructed by builders and carpenters connected with St Albans Abbey.
“We think that originally this was probably a medieval shop with accommodation.
“They might all look like tatty old timbers, but what we have discovered here is so special and so important because the timber framing is intact.” 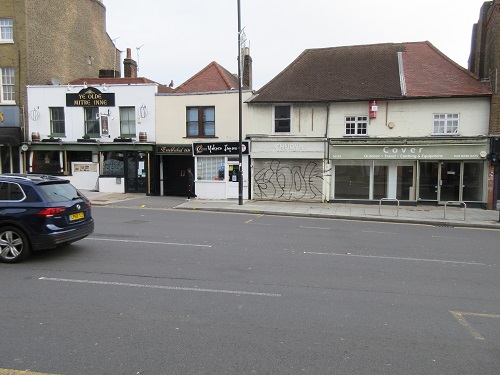 Mr Dobra took over the vacant Chudy’s hairdressing salon at 54A – two doors down from the Mitre Inn – earlier this year.
It will be Mr Dobra’s third florist’s shop – in addition to business in Wood Green and Arnos Grove – and when established will be managed by his daughter Elisana Dobra.
When work started stripping out the former salon, which has been vacant for the last three years, Mr Dobra was staggered to see the roof structure and timbers that were revealed. 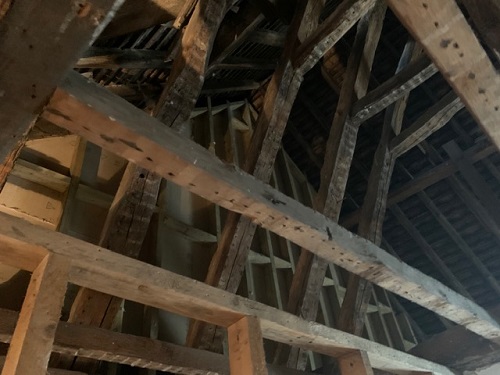 “It is just remarkable to look at these original roof timbers and to be told how old they are. I can hardly believe that the structure is so historic.
“I realised immediately that the timbers should be left on view rather than boarded up, so we are working as closely as possible with Barnet Council and the historic conservation authorities to make sure that any conversion work safeguards and protects this historic structure.
“I have to be the curator of the building so that it can be a gift to the next generation.” 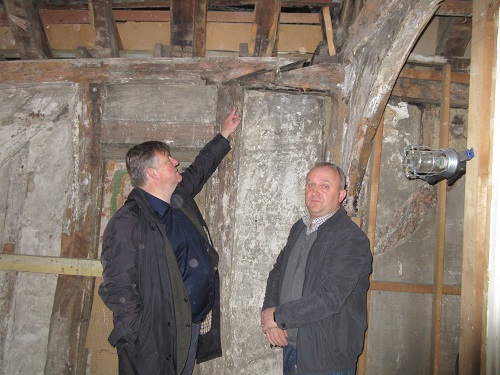 Sherry Bates (left) of chartered architects Bates Zambelli, who is advising Mr Dobra, pointed to a joint in the timber – known as a splayed and tabled scarfe joint – which is thought to date the roof to between 1300 and 1400 or perhaps earlier. A similar joint had been found in a house dated 1280.

Lee Prosser says the joint – and particularly the kink in the joint – is similar to other joints found in barns in Hertfordshire that were built in the 14th century when Abbot Moot of St Albans Abbey was re-organising and rebuilding the abbey estate. 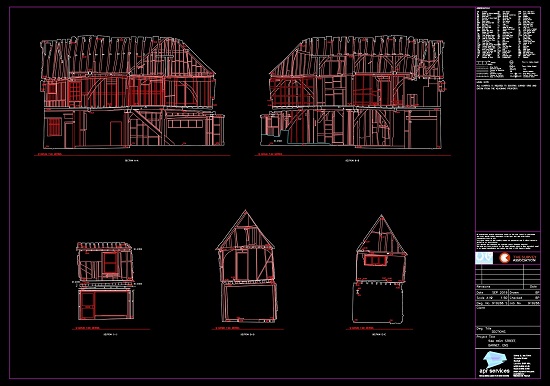 A visualisation of the timber structure and its elevations has been prepared for Mr Dobra by APR Services of Barnet, which provides geomatic and visualisation services and which advises Historic England on the preservation of historic buildings.

The thinking is that this medieval shop was built in the days when High Barnet was on the route of animal drovers who stopped the night at taverns, or perhaps sold animals at Barnet Fair.
At some point it is thought the building was amalgamated into a group of taverns that became the Mitre Inn, another potential link to St Albans Abbey.
When built the internal framework of the roof would have been open to view as ceilings were not introduced until the 17th century. Various alterations have been made over the years and behind some later brickwork was wallpaper which had been pasted on to newspapers dated 1836. 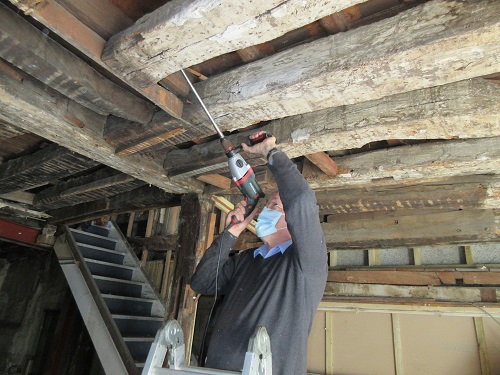 Dendrochronology tests to determine the precise date of the timbers are being carried out for Historic England by Martin Bridge who drilled through the wood to remove core sections of tree rings for dating.
His initial opinion is in line with his colleagues, that the internal beams and roof structure do date from the 14th century. 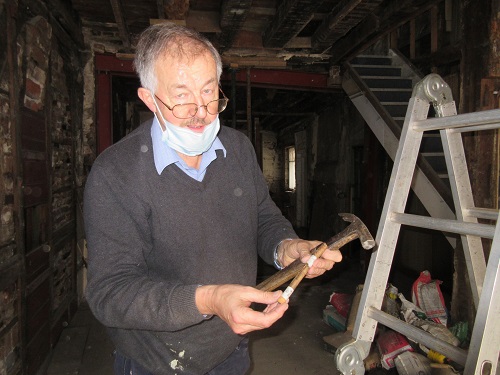 His testing will include some of the exposed timbers in the Mitre Inn, which was established in 1633 and is Barnet’s oldest former coaching inn.
54A High Street is currently listed as grade II by Historic England because of its historic and architectural importance, but Michael Dunn thinks it might well merit a grade II star rating which would put it among the top ten per cent of historic buildings in the country.
What made the building so special was that the medieval interior woodwork and fabric had survived for so long in what was after all was a domestic building rather than a public building.
There was also every likelihood that the buildings on either side might also contain original medieval timbers.