Is the tide turning? 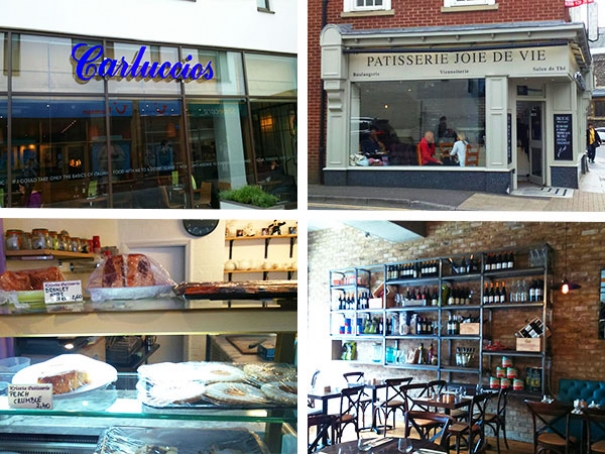 New eateries on the High Street, Carluccios, Patisserie Joie de Vie, Kriszta and Melange Vicki Harris
After a run of closures over recent months, the High Street now offers several new restaurants and cafes. The proprietors are hoping the custom they attract will encourage increased business for other shops and traders in High Barnet’s shopping centre and perhaps attract other new retail ventures.

High Barnet has gained a handful of new places to eat, all within the last five months. Most prominently, Carluccio’s opened on 29 May and is doing a roaring trade. In addition to the restaurant, there is a deli counter selling food to take home.

Joie de Vie, on the corner of Moxon Street, opened a couple of weeks ago and has been busy since, selling authentic French patisseries, sandwiches and breakfasts. I visited at 11 a.m. on a Saturday and it was nearly full, despite the competition of Carluccio’s second day. 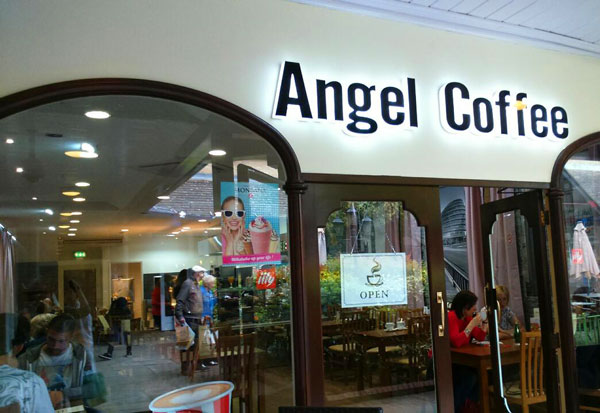 Also doing very well was Angel Coffee in the Spires, in the former Oasis café site. Angel, which opened on 30 May, offers a range of hot food, a salad bar and cakes, all home-made on the premises. Manager Magda, who has long been a fan of the town and its history, hopes to add Polish food at a later date.

Just opposite Angel, established café the Coffee Bean was also pretty busy in spite of the buzz around Carluccio’s. The manager has however noticed a change since it opened, and is a little concerned that there might not be enough customers to go around.

In common with the owner of Bel Gelato, he would like to see a wider variety of retail outlets in the Spires and High Street, to bring more people to the town centre during the day.

The manager at Melange agreed with them that what High Barnet needs now is an increase in the number of attractive shops.

Also expressing some concern was Krisztina of Kriszta Patisserie, which opened on the High Street at the end of December. Her cakes, some to Hungarian recipes, are hand-made on the premises and she can cater for specific dietary needs such as lactose-free, gluten-free or diabetic.

Most of the traders I spoke to were very positive about the new openings and hope to see the High Street becoming more lively as a result.

At Melange, manager Justina welcomed Carluccio’s and believed it will bring more people to the town. She said that High Barnet, with its strong sense of community, has a similar clientele to Crouch End, home to Melange’s sister restaurant.

Melange has been very busy since opening in February, with customers now needing to book a week ahead for the most popular nights of Thursday to Saturday.

Each of the new places offers something slightly different from its rivals, so it is to be hoped that all can thrive, and that they represent the vanguard of further new businesses in the High Street and Spires.

More in this category: « Barnet Council says no to free parking – but campaign goes on Needing some warmth »