Barnet Council says no to free parking – but campaign goes on 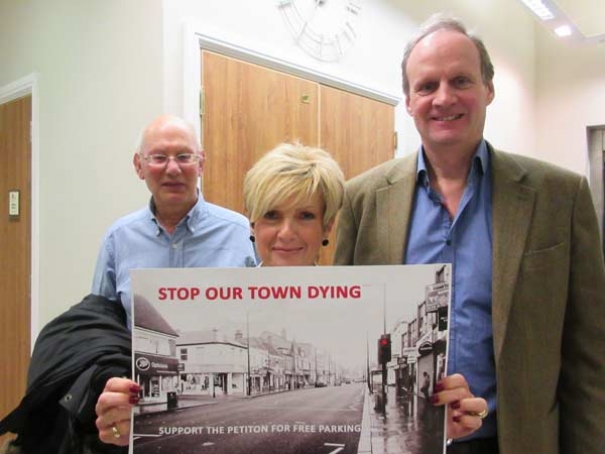 From left to right, Jonathan Supran, secretary of the Barnet Society: Gail Laiser of Love Barnet, vice-chair of the Society; and James Freeman, managing director of the Victoria Bakery
A joint attempt by the Barnet Society and the Barnet Times to persuade Barnet Council to introduce a period of free car parking to boost trade in the borough’s high streets was rejected by the environment committee.

A motion calling for half an hour’s free parking, as proposed by the Barnet Times, was finally defeated by one vote after a bad-tempered and sometimes noisy meeting at Hendon Town Hall (10.3.2015).

Barnet Council’s decision to withdraw all parking meters taking cash and to operate a charging system that requires payment by credit card or phone has attracted national criticism, and the committee’s discussion was frequently interrupted by shouts from the public gallery as traders and local residents challenged the councillors.

The protests were at their loudest when shopkeepers from High Barnet and North Finchley reacted angrily to some members of the committee, insisting that paid-for car parking spaces in the borough’s shopping centres were nearly always full and that there was no need for free parking to win back lost customers.

The Barnet Society’s proposal for an hour’s free parking was not forced to a vote. But the committee chairman, Councillor Dean Cohen, undertook to produce figures to justify his claim that there was an 85 per cent usage of both the High Street parking bays and the council-owned car parks in High Barnet. He insisted there was no justification for free parking.

Two television crews recorded the proceedings, one from the BBC and another from ITV, which is intending to feature “Barnet’s parking wars” in a three-part documentary later this summer.
Two petitions were formally presented to the committee.

Nicholas Jones, chair of the Barnet Society, handed in a petition supported by 2,104 signatures, and Anna Slater, chief reporter of the Barnet Times, spoke of the 5,000 signatures and expressions of support for the petition launched by her newspaper for half an hour’s free parking in high streets across the borough.

Speaking in support of the Barnet Society’s petition, Jonathan Supran, the honorary secretary, said 45 High Barnet shops and traders had collected over 1,900 signatures on top of the 130 residents who had signed at the annual Barnet Christmas Fair.

Every single business I visited supported the Society’s demand for an hour’s free parking. I heard numerous examples of the loss of business because of the current parking charges.

“Apart from the charge itself, the other reason given was the difficulties people, particularly the elderly, experience in trying to pay by phone or credit card for short stays.

“Sometimes customers just want to stop very briefly to drop or collect something, but are deterred by the current system. Others businesses told me that previous customers went elsewhere when the parking changes were introduced,” said Mr Supran.

Cllr Cohen disputed the Society’s findings arguing that the occupancy rate of spaces in the High Street and High Barnet’s council-owned car parks was high and that they were often fully occupied. 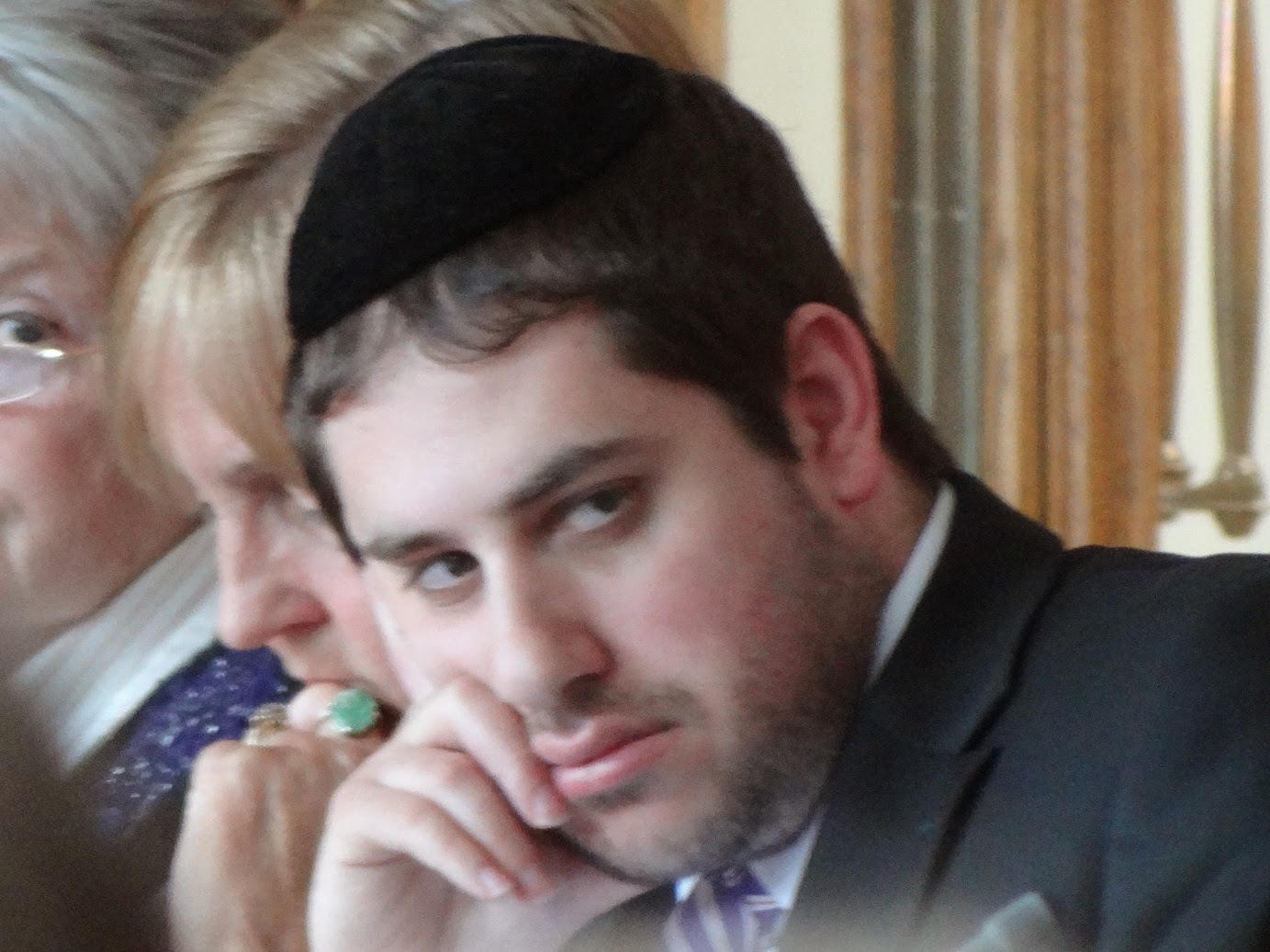 He challenged the Society to explain how free parking would assist local shopkeepers and traders if the occupancy rate was already hitting the council’s target of 85 per cent, “or close to 85 per cent”.

To support the council’s argument, Cllr Cohen quoted Barnet Residents Association, which he said agreed with him that High Barnet’s parking spaces were well used and that free parking would not help.

When challenged over the lack of accurate data and the need to encourage shoppers to return to High Barnet, Cllr Cohen admitted that the council had a responsibility to justify its figures.

In agreeing to take note of the Society’s petition, the committee decided that Cllr Cohen should work with council officials to provide more details of occupancy of parking spaces.

He promised to supply the Society with a breakdown of the level of car parking transactions within two weeks.

When the Barnet Times’ petition was discussed, several councillors again supported Cllr Cohen’s assertion that spaces in high streets across the borough were fully used. Again there were renewed protests from the public gallery and shouts about the councillors “not listening” to local people.

Helen Michael, proprietor of Café Buzz in North Finchley, who spoke in support of half an hour’s free parking, said her business and many others in North Finchley had not recovered from the introduction of phone and credit card parking four years ago.

“Half an hour’s free parking would get customers back to the High Road, and half the battle to win back that lost custom is to get them to stop off in North Finchley.

Shopping in Borehamwood and Potters Bar has been rejuvenated by the half hour free parking introduced by Hertsmere. Why won’t Barnet Council do the same?” 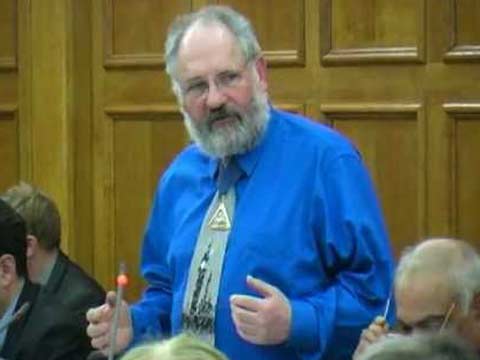 Another North Finchley trader protested that he had been forced to close down after 23 years in business because the parking controls had driven his customers away.

At this point Cllr Cohen responded by arguing that figures for 2013 showed the vacancy rate for the borough’s high street shops had been at its lowest for a decade.

This prompted shouts to the effect that independent traders had been replaced by charity shops and bookmakers.

The angriest exchanges followed the remarks of Cllr Brian Salinger.

He said he had no wish to be critical of “the elderly ladies of Barnet” but if they were having troubling putting their credit cards in the parking meters or using their mobile phones, perhaps he was entitled to ask whether they were “capable of managing to drive their cars”.

Local residents who lived within two miles of the shops should be able to “walk it or bike it” to their high street.

Shouts of “Shame on you” and “You’ve been ignoring us for years” interrupted Cllr Salinger’s attempt to justify his comments.

You’ve been ignoring us for years

When Cllr Alan Schneiderman moved to support the Barnet Times petition he was greeted with applause from the public gallery.

He said half an hour’s free parking had been called for by traders across the borough and had the support of the Labour Party. But when it went to the vote, the motion was defeated by six votes to five.

More in this category: « 2,500 back free parking campaign Is the tide turning? »