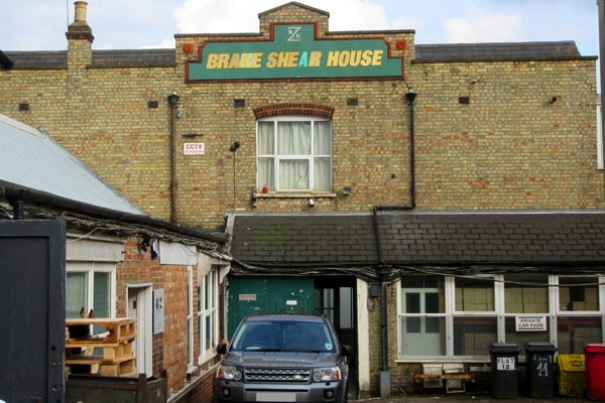 Brake Shear House
Almost 30 small businesses and workshops with premises on land behind Barnet High Street may have to relocate within months to make way for a massive redevelopment.

Plans by Wrenbridge, the new owners of the site, are said to be at an early stage, and the company says it is considering “all options for the site including redevelopment for commercial and residential purposes”.

Plans for the site are now in preparation and are due to be submitted to Barnet Council “towards the end of the year”.

Tenants of buildings and outhouses clustered around Brake Shear House have been warned they may have to vacate their premises by the summer of next year, or even earlier, depending on their leases.

Some of the firms have been trading in Barnet for decades, and their departure could mean the loss to the town centre of up to 120 jobs, many in highly-skilled trades such as printing, sound recording, plaster moulding, furniture making and vehicle repair.

A spokesman for Workman, managing agents for Wrenbridge, told the Barnet Society that they are still in discussion with the existing tenants regarding the future of the site and possible options beyond the summer of 2016.

Wrenbridge intends to have consultations with the local community and hopes to meet representatives of the Barnet Town Centre Forum and the Barnet Society. The company was committed to bringing forward a redevelopment that was appropriate for this town centre site”. 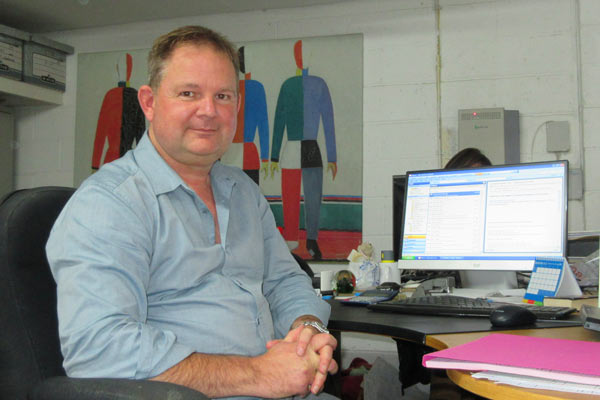 The company insists that the redevelopment could include new commercial premises. “We think Barnet Council are likely to require any new development to continue an element of employment provision, and options are being looked at on how this can be delivered to suit small, local businesses.”

The redevelopment will transform a large area of land immediately behind shops such as Boots, Sainsbury’s and Ryman, as the site extends from the rear of the Flairline shop at Bath Place to the access road beside the HSBC bank.

Largely unseen behind the shops along this stretch of the High Street are numerous small factories and workshops in a variety of buildings that adjoin Brake Shear House, a Victorian building that once housed public baths.

When interviewed by the Barnet Society, firms likely to be displaced said that they were all told in early September that their landlord had sold the site for housing redevelopment.

Up to 28 of the tenants say they are on six-month-break leases, and they were warned that they might have to vacate their premises by the summer of next year.

The news has surprised and shocked some of the companies as they had continued to install new equipment, and are now faced with what they say is the daunting task of finding new premises at a time when empty commercial properties are scarce in outer London boroughs like Barnet because they are increasingly being converted for residential use.

“We had no idea these premises were going to be sold for housing. Now we have only months to find somewhere to go, and judging by the lack of commercial premises, we will have to move out of Barnet.”

Stephen Page, director of Acculith 76 Ltd, was equally perplexed by the suddenness of the notice to quit. 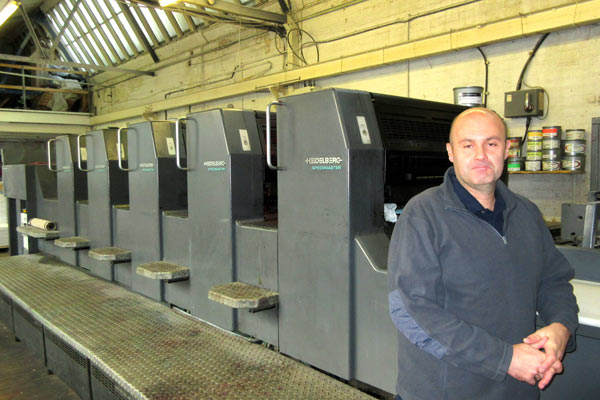 “We have been here at Brake Shear House since 1976 and have now been told we must be out by the summer of next year.

It is a real shock, and it is very likely we will have to move out of Barnet as well.”

Mr Page says any move will be hideously expensive as it will mean removing and transporting a 25-foot-long litho press that weighs 40 tons.

Notice to quit is a terrible blow for the owner of the latest music studio to have acquired premises at Brake Shear House. His is the fourth music business on the site, but his studio for producing records, which cost £25,000 to install, was only opened five months ago.

“I am a sub-tenant and had no inkling that the site was about to be sold. What so concerns me is that we don’t know whether there really will be plans to provide replacement work spaces if the site is redeveloped for flats?”

We share the tenants’ concern about the impact of the redevelopment on existing and future businesses.

The tenants say that they hope Barnet Council will intervene to ensure that new industrial units are provided, because otherwise the town will lose some of the cottage industries for which Barnet is well known.

They believe that there is unlikely to be sufficient space available for relocating the Brake Shear House business at either the Alston Works premises or the Queens Road industrial estate.

“We have been told that the developers would like to build flats on the site, yet this will require a new access road to the High Street and considerable improvements in the local infrastructure.”

Robin Bishop, chair of the Barnet Society’s planning and environment group, says great care will have to be taken if planning permission is given for what could be the biggest housing development in Chipping Barnet for many years.

“We share the tenants’ concern about the impact of the redevelopment on existing and future businesses. While we don’t object to well-designed residential or other new developments, the economic viability of the town centre is crucial.”