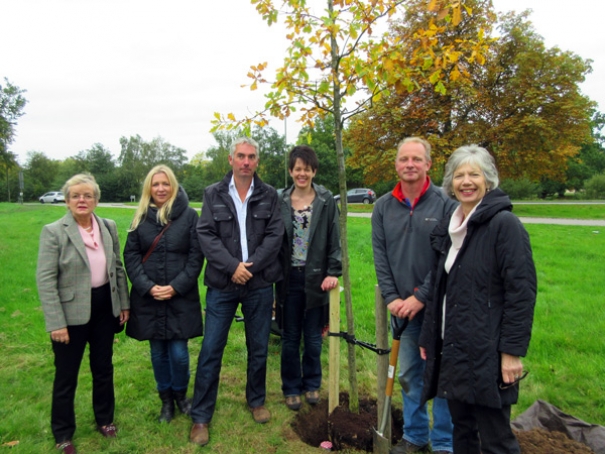 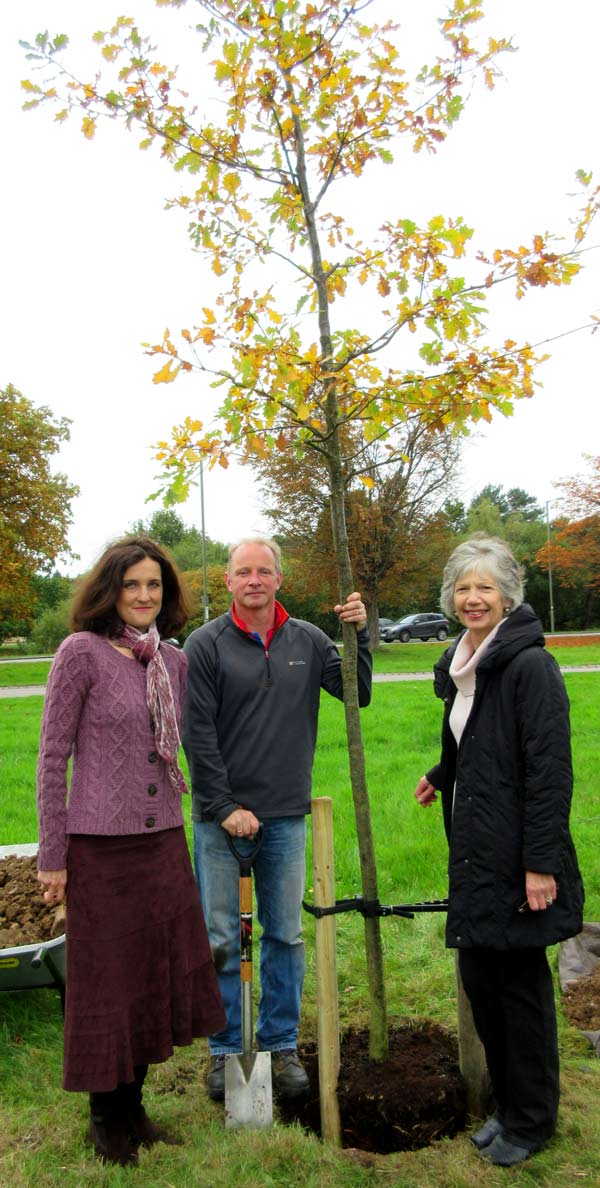 Sydney Chapman Way bisects the green from the Great North Road to Monken Hadley, and was named in his honour after he stood down in 2005 after serving for just over a quarter of a century as the local MP.

Sir Sydney died in October 2014, and the planting took place on what would have been his 80th birthday (17.10.2015), and was attended by family and friends, and his successor Mrs Theresa Villiers, Secretary of State for Northern Ireland.

Claire Chapman, his first wife, who is senior parliamentary assistant to Mrs Villiers at Westminster, said she hoped an oak in his name would be seen as a fitting tribute to all his work in support of tree-planting.

An architect by profession, Sir Sydney led a ground-breaking campaign in popularising environmentalism.

He received widespread acclaim for his “Plant a Tree in ‘73” initiative, and the follow-up campaign “Plant Some More in ‘74”.

His son-in-law, Andy Woods, a qualified tree surgeon, supervised the planting of an eight-year-old oak sapling that had been chosen to blend in with other native species nearby such as horse chestnut, poplar and alder.

A sealed jar was buried beside the tree containing a letter from Laura Woods (Sir Sydney’s daughter) and the couple’s daughter Isabella.