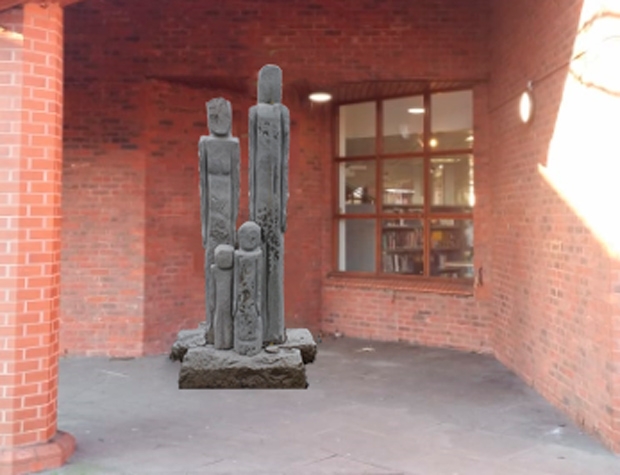 Mr Edwards, who describes himself as a “penniless philanthropist”, accepts no funds and donates his sculptures. 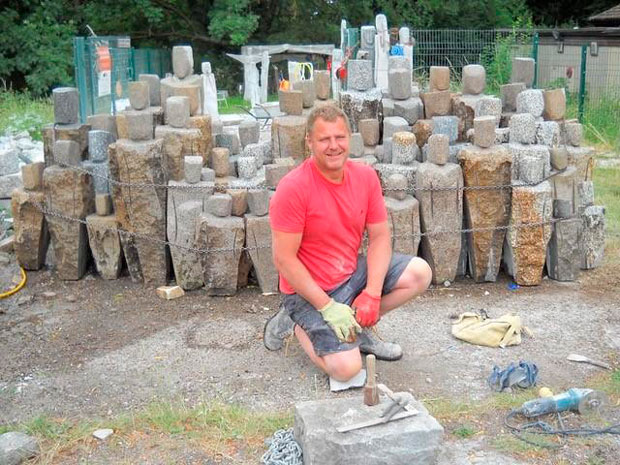 Barnet Council says it was approached by Mr Edwards to see if the council could find a location within its parks and libraries for his latest sculpture, The Family, depicting four granite figures, the tallest of which is 7feet 8inches high, standing on a 6inch granite plinth.

In its application for planning permission, the council says that the installation of the granite art sculpture in the alcove at the front of the library, facing Stapylton Road, would contribute to the “beautification of the local area”.

“It is intended that this sculpture celebrates family, diversity, and togetherness.

“Chipping Barnet has a suitable space within an alcove of the library, which faces on to the main road opposite the Spires shopping centre and is in an area that will receive good footfall.”

Mr Drew, who is a professional actor, says he finds expression with hammer and chisel in hand, sculpting from flint, granite and wood.

He donated the two pieces standing outside Finchley Memorial Hospital in 2015 and 2016. His sculpture, Children of the Mediterranean, was inspired by the plight of refugees and depicts 91 figures of refugee children who drowned when travelling across the Mediterranean.

So far, the public reaction posted in comments on the council’s website for planning applications is not entirely favourable.

An art installation would give the library a boost. It needs to draw users to it, and the alcove space lends itself for something to fill it.

One supportive comment suggests the granite sculpture would improve the appearance of the library which was “appearing neglected and untidy” following the introduction of reduced staffing.

“An art installation would give the library a boost. It needs to draw users to it, and the alcove space lends itself for something to fill it.”

I dislike it immensely...It will be a blot on the landscape...It is dreary and unattractive, unnecessary and inappropriate.

But other comments are far more hostile: “This sculpture is meaningless...

I dislike it immensely...It will be a blot on the landscape...It is dreary and unattractive, unnecessary and inappropriate.”

In her posting, another local resident says the sculpture has no relevance to Barnet and the alcove should instead become the location for the proposed bronze sculpture of High Barnet’s feline celebrity, Millie the Waitrose cat, which died earlier this year at the age of 17 and is to be immortalised by Barnet sculptor John Somerville.

More in this category: « When I Grow Up idea wins business award Months more traffic disruption at Monken Hadley »