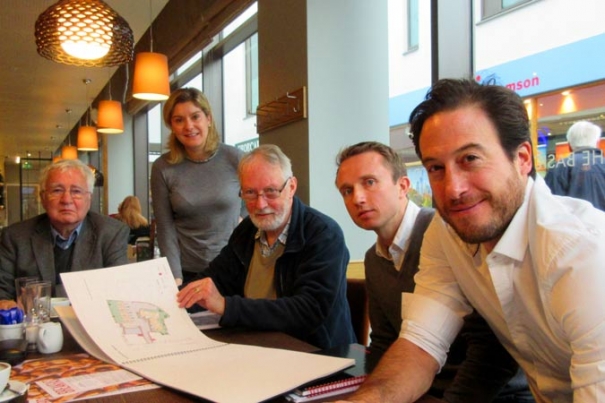 The Brake Shear House redevelopment, on the other side of the High Street to the Spires Shopping Centre, will be accessed via a new approach road opposite the junction with the St Albans Road.

Cakez Cafe, a recently-refurbished coffee shop, will be demolished to allow wider access to what will become a gated community of 43 homes made up of eight semi-detached houses and a block of 35 one- and two-bedroom flats.

The new block of flats will be on land to the rear of the Misty Moon public house, and the new 7,000 square foot commercial block, offering space for up to 57 employees, will be built at the rear of Ladbrokes and the Tanning Shop.

Clearing the land ready for building will involve demolishing not only Brake Shear House but also several other workshops and light-industrial premises. 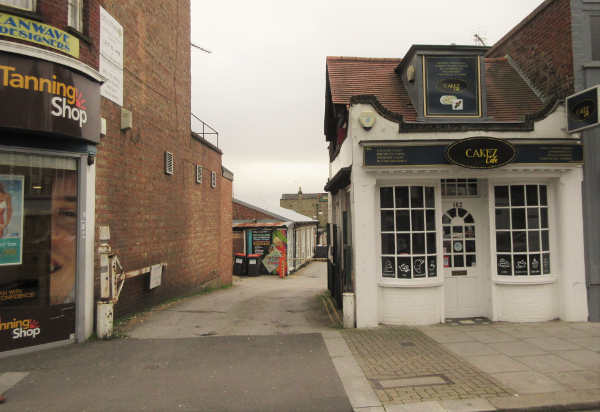 Among the 16 businesses that will have to move out by the summer of next year if the developers Wrenbridge secure planning approval are two printers, a sheet-metal works, two recording studios, a garage and other small concerns.

According to figures obtained by Wrenbridge, a total of 32 employees will be displaced. This is far less than the figure estimated by the 16 businesses involved, which claimed over 100 people were either directly employed on the site or made occasional use of stores and workshops.

Plans and drawings showing the redevelopment will be on public exhibition on Saturday 21 November at the Barnet College Tudor Hall in Wood Street (10 a.m. to 1 p.m.), where representatives of Wrenbridge will explain the proposals and answer questions.

Jeff Wilson, a director of Wrenbridge, told the Barnet Society that the company’s aim was to provide imaginative and well-designed homes.

High-quality materials would be used, and Wrenbridge was confident it could deliver “an excellent piece of new-build housing”. 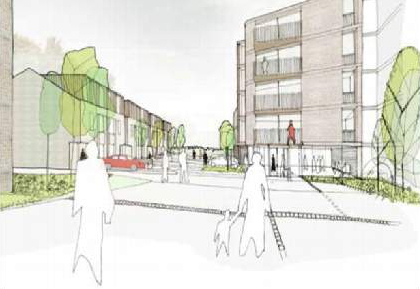 Within the site, which would have an automatic gate at the entrance, would be parking spaces for 36 cars, and also storage for cycles.

Because there would no longer be heavy goods vehicles and other commercial traffic regularly using the three existing approaches to the Brake Shear House site, Wrenbridge believe the redevelopment will reduce traffic in the High Street at peak times.

“We hope to have submitted our detailed plans by the end of the year, and if approval and other clearances are obtained by the spring, we would hope to start work in the late summer or early autumn of 2016,” said Mr Wilson.

J-J Lorraine, architect for the project, said there would be “high-quality” space between the row of semi-detached houses and the block of flats. “We want it to be an active space, not just a car park.

We want it to be an active space, not just a car park

There will be life there, people arriving on bicycles, a place to sit out, and the area will be properly landscaped and planted with trees.”

The demolition of Brake Shear House and the loss of affordable workspace for light industry and smaller firms involved in activities like metalworking and printing, and also new businesses such as recording studios, is one of the issues, that the Barnet Society intends to address.

Wrenbridge says there will be negotiations with Barnet Council over the level of either “affordable housing or affordable workspace”.

In this case, providing space for new start-up companies might be seen by the Society as having priority in view of the difficulties existing businesses are facing as more offices and workshops are converted into flats and houses.

More in this category: « Ancient oak tree might be spared Whalebones Park to go for houses? »