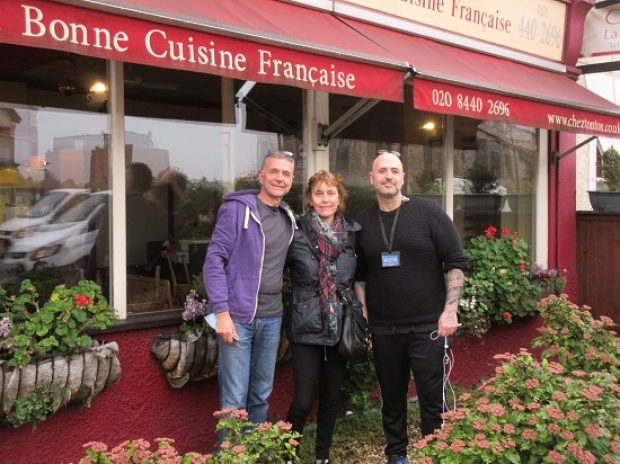 For lovers of French cuisine and committed Francophiles, dining at Chez Tonton was a moment to savour and an occasion for North Londoners to be transported to a back-street bistro in Paris or a bustling brasserie on the promenade of a French holiday resort.
Chez Tonton always tried to create the best possible atmosphere with special celebrations for Quatorze Juillet (Bastille Day), the arrival of Beaujolais Nouveau and guest appearances by their visiting accordionist Dominic. 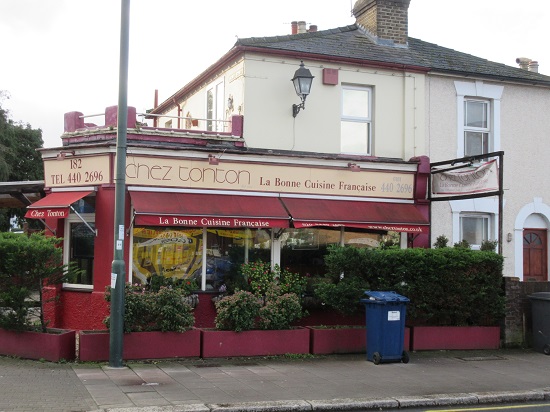 Eric says that he and Claudine decided last year that it was time to end a huge chapter in their lives and close Chez Tonton. The premises have been sold for development as a retail outlet.
Claudine says they both have so many happy memories and built up so many friendships over the years.
“We go back two generations with some customers. They came here with their parents as youngsters, perhaps for something like an 18th birthday party, and then booked a table for one of their own wedding anniversaries.” 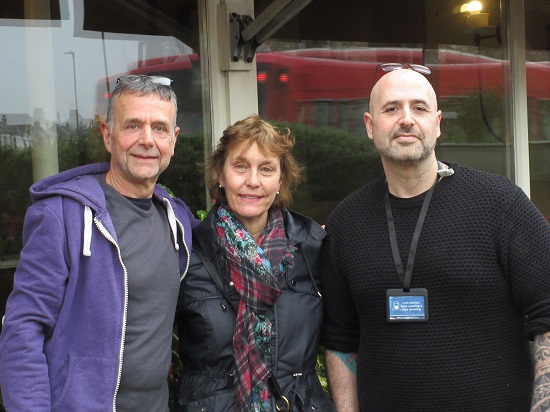 Head chef Hubert Champion had been at Chez Tonton for 14 years. Eric said that his staff – who were “as French as they come” – all deserved a huge “merci” for helping over the years to create and serve some of the best French food.
French onion was the most popular item on the menu as well as other French specialities.
The last day’s opening – planned for December 24 – was going to be a final farewell but had to cancelled because of the coronavirus lockdown. Their last night serving meals was December 14, which had been fully booked and was very busy.

Since opening in September 1984, Chez Tonton has hosted some famous names: the guitarist Bryan May; Baby Spice, Emma Bunton; and cast members from Eastenders.
Another regular was the former general secretary of the National Union of Teachers, the late Fred Jarvis, and his wife Anne, who lived in New Barnet and who had a house in France.
They enjoyed Chez Tonton’s camaraderie and ambience and Mr Jarvis held a birthday party at the restaurant shortly before his death this year.

“As we became almost certainly the oldest family-run restaurant in and around Barnet, under the same ownership, we obviously have so many memories. We are going to miss our customers,” said Eric, who lives with Claudine at Enfield.
“Lots of them kept coming back time and again. Those memories will always be with us.”

When asked what happened in 2016 after the UK’s Brexit vote to leave the European Union, Eric was diplomatic about the reaction of the many Europhiles among his clientele.
He added with a smile: “We thought it best not to discuss politics while looking after our guests.”

Closing Chez Tonton had been a monumental step.
“We are very fortunate to be in our position and looking forward to enjoying the years to come. We’ve treated this year’s lockdowns as a little teaser to what awaits us and the freedom of having time to ourselves and knowing what was around the corner really has given us a sense of excitement for our next adventures.”
Former customers keen to relive their memories, exchange photographs, and pass on best wishes are invited to email Eric and Claudine at This email address is being protected from spambots. You need JavaScript enabled to view it.