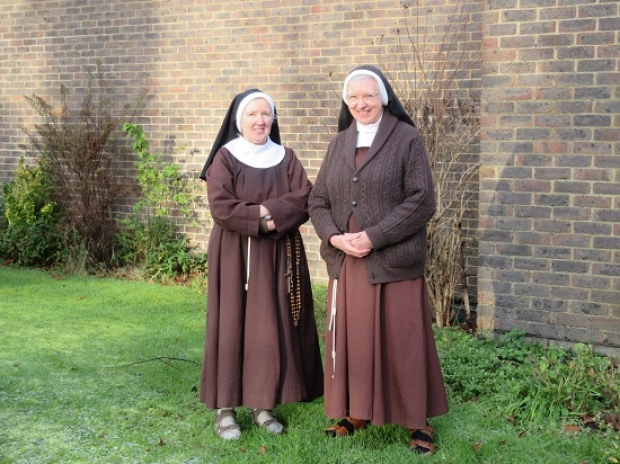 Sister Francisca (right), the Mother Abbess of Barnet Poor Clares, with Sister Rosaria
Lockdown and self-isolation have imposed few significant changes in the daily life of the nuns of the enclosed order of Barnet Poor Clares who this year are celebrating the 50th anniversary of the opening of their monastery in Galley Lane, Arkley.

Nonetheless the social distancing restrictions of recent months have meant that the monastery has been closed to visitors and this has led to a sharp drop in income from the sale of the sisters’ homemade marmalade and jams.
Currently there are ten Poor Clares residing at the monastery, led by the Mother Abbess, Sister Francisca.

Their one great sadness has been their inability to welcome visitors seeking meditation or perhaps wishing to stay for retreat.
However, the monastery shop is still open to callers and Sister Francisca is anxious to extend the sisters’ thanks to local residents who have donated groceries and other items or helped with financial donations.

A 50th anniversary celebration of the monastery’s official opening in July 1970 had to be postponed because of the pandemic but this has been rescheduled for July 2021 and will be marked with a special Eucharist and buffet for guests.

The first Poor Clare monastery in England was founded in Newcastle-upon-Tyne in 1286; the Barnet Poor Clares originated from a group who moved from Bruges during the Catholic emancipation of the first half of the 19th century and who established a house at Notting Hill in London in 1857.
They were forced to relocate in the 1960s and in 1969 work began on their new home in Galley Lane, just inside the boundary of the London Borough of Barnet. 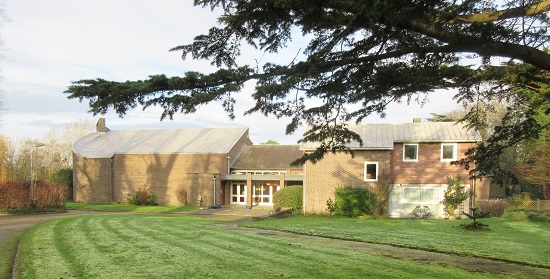 When completed, the new monastery won a civic award for being so functional and yet fitting in so well to its rural setting.

Sister Francisca says the current community of ten Poor Clares, whose ages range from 52 to 91, enjoyed living in the calm of Galley Lane in a house which so suited their lifestyle which was so easy to maintain, and which provided such a welcoming environment for visitors.
“Once lockdown started, we were no longer able to host events or provide a setting for quiet meditation or opportunities for individuals coming for a week or so’s retreat.
“Inevitably our income has been hit and with fewer visitors there have been fewer sales in the monastery shop, but local people have been so generous, donating boxes of groceries and other items and we are so grateful to our many friends.
“We have just been given a sack of flour, which is so useful, as we bake our own bread.
“Everyone is still welcome to call, whether to leave a gift or to visit the shop, so long as they maintain social distance and wear a mask.”

Each January another well-wisher buys up boxes of Seville oranges from the Bones’ fruit and vegetable stall at Barnet Market.
Making marmalade – as well plum jam from the trees in the monastery garden – is one of the ways the sisters derive an income.
Sometimes there are no Seville oranges left for other customers at the Bones’ stall and David Bone takes delight in telling his marmalade-making clientele that “the nuns” have beaten them to it and cleared him out, so they will all have to wait a week for another supply. 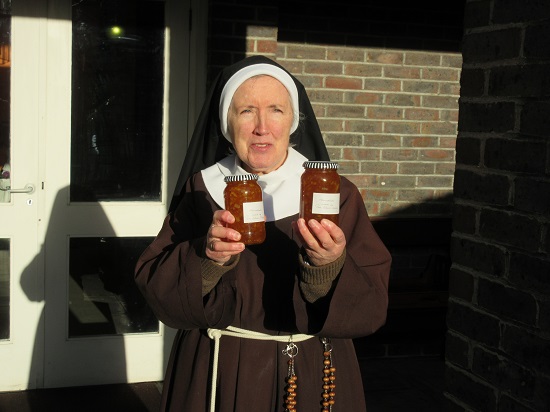 Sister Rosaria, who moved to Barnet a year ago from another Poor Clare monastery at Ellesmere, in Shropshire, is looking forward to the start of marmalade making in the New Year.
Sister Francisca, who has been at Barnet for the last 22 years, said the sisters do try to be self sufficient and grow as many vegetables as possible in their garden.
“Recently we have been fighting a losing battle against inroads by rabbits and pigeons. I know Saint Francis loved all animals...but does God have to feed them our cabbages as well!” 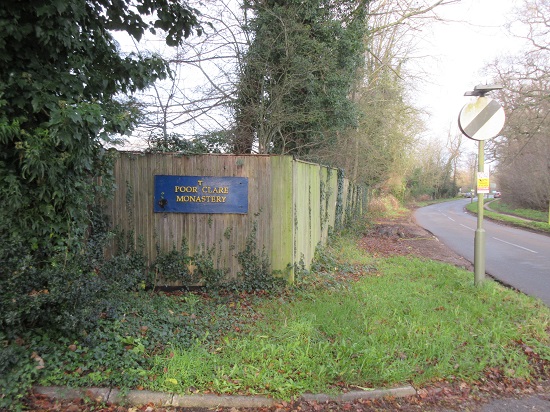 Rarely does the outside world impinge on the Barnet Poor Clares who stay within the confines of the monastery except, for example, to visit a doctor or dentist (and they were waiting to be notified of appointments to be vaccinated against Cov.19).

One event that did lead to contact with officialdom was a legal hearing in 1994 over an application by Barnet Council for a noise abatement order against the nearby A1 Shooting Ground on the Barnet by-pass, just north of the junction with Rowley Lane, which has been the site of a shooting range since 1927.
Action was taken because of complaints about the noise of firing guns from clay pigeon shooting, which can be considered intrusive by residents on the northern and western fringes of Arkley and High Barnet.
As a result of the case, noise in the surrounding area must be kept within a limit of 55 decibels.

Sister Francisca said one of the Poor Clare sisters gave evidence in support of the application because the site of the monastery is due east of the shooting ground, only a few fields away, and if the wind is in the westerly the sound of constant firing is not very welcome.
“We don’t wish to deprive anyone of their pleasures and past times but the peace and quiet of meditation, especially on Sunday mornings, can be interrupted by the constant noise of firing which is all we wanted to point out.”

Little else disturbs life for the Barnet Poor Clares which like many other monastic institutions is always looking for new people to join.
The Barnet monastery could easily accommodate 30 or 40 nuns and the community was far larger in the 1970s when they moved from their former monastery, at the corner of Ladbroke Grove and Westbourne Park Road and exchanged the sounds and bustle of North Kensington for the countryside of Green Belt farmland.