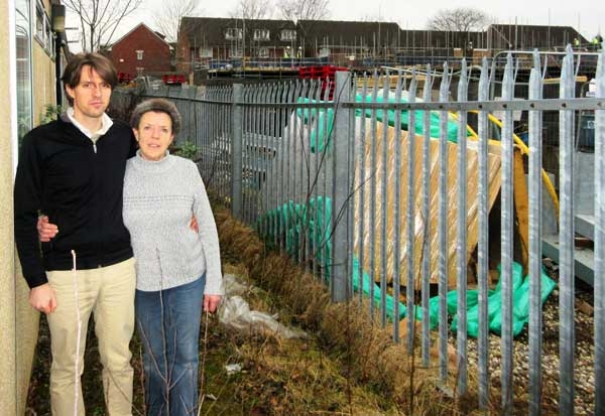 Mark and Wendy Oliver beside the temporary classrooms of Valley Pre-School
Valley Pre-School, a community-run nursery for children on the Dollis Valley estate, is appealing to Barnet Council for a three-month stay of execution of a notice to quit its temporary premises.

Unless the council grants a reprieve, 15 two- to five-year-olds will be without a pre-school place for the summer term because temporary classrooms in Rossiter Fields have to be vacated by 30 March to make way for the new Dollis Valley housing redevelopment.

Valley Pre-School is also renewing its appeal to the council to find new premises for the start of the autumn term, otherwise it will have nowhere to go.

Mark Oliver, chair of the voluntary board of trustees, says their plight is the culmination of a string of broken promises to protect community-based services on the estate.

“We seem to have exhausted every possible option and we can only appeal to local people to recognise the value of our work and to join us in demanding that Barnet Council honour repeated assurances that our future would be safeguarded and that we would be able to continuing offering pre-school education.”

“There are also sorts of options –
if only we could get someone to listen."

Valley Pre-School, established 37 years ago, was promised it would be found a permanent home in 2013 when it was required to move from premises beside the former Barnet South Community Centre next to the Co-Operative supermarket."

Temporary classrooms were then established in Terrapin buildings in Rossiter Fields, but the undertaking to move Valley back to the new community centre being built in Hammond Close was broken when the developers decided to put the provision of a nursery school out to commercial tender.

“Unfortunately our bid was not accepted and now we find we have to be out of Rossiter Fields by 30 March and we have nowhere else to go." 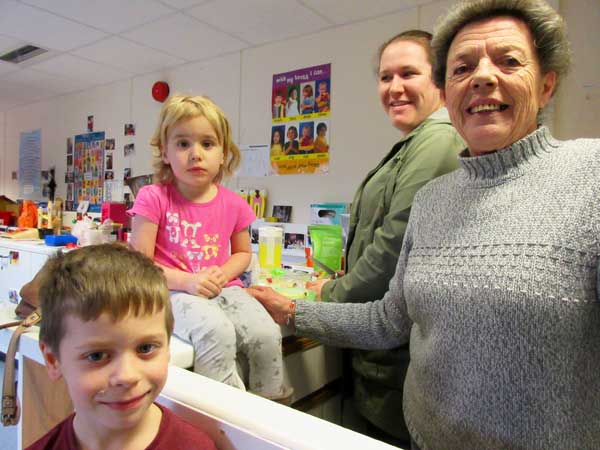 “A privately run nursery can’t begin operating until the autumn at the earliest, and is hardly likely to meet the demand, given that there will soon be 200 extra houses on the estate,” said Mr Oliver.

His mother Mrs Wendy Oliver, the longest-serving member of staff, said two years ago she would willingly have tied herself to the fence outside Hammond Close and refused to leave if there had been any inkling that assurances would not be honoured.

“We have ten children who are due to start school in the autumn and they now face the summer months without any chance of pre-school education."

“Every suggestion we make gets knocked back by Barnet Council. There are also sorts of options – if only we could get someone to listen."

“We could easily use part of the vacant Marie Foster home in Wood Street; Barnet Cricket Club’s former clubhouse is empty; and there is spare land on the Dollis Valley estate adjacent to Barnet Lane, where temporary classrooms could easily be housed.”

Valley Pre-School, which is run on a not-for-profit basis, offers places for two- to five-year-olds benefiting from the government scheme for 15 hours a week free nursery education.

The £3.40 an hour it receives per child pays for five members of staff, who have now had to be issued with redundancy notices.

Mrs Oliver, who has been at the nursery for 35 years, was presented with a life time achievement award by the Mayor of Barnet, Councillor Hugh Rayner, at a ceremony earlier in February.

Her son said the trustees thought it ironic that with one hand the council was only too ready to commend community work but with the other refused to either listen or help.

“Barnet Council acknowledge there is demand for two nurseries on the Dollis Valley estate.

They keep saying they are looking for alternative premises because they value what we do but the reality is we have to quit these premises within five weeks.”

More in this category: « Police to act on blue badge abuse Campaign for new primary school »