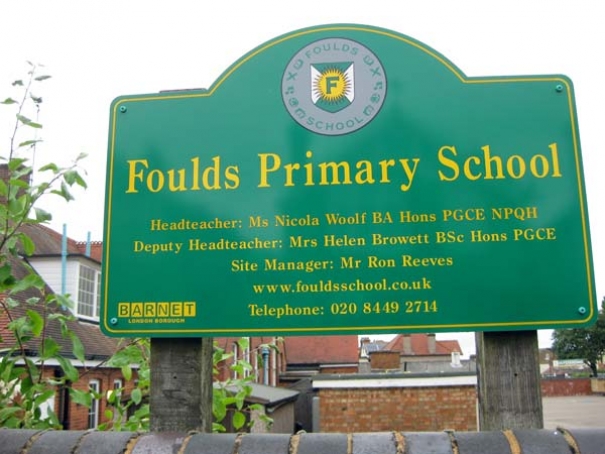 Of seven local primary schools, Foulds was the most heavily oversubscribed
All seven primary schools in High Barnet and Underhill have again been oversubscribed, leaving 32 children without an agreed place in September – yet another indication of the strength of local demand for an additional school.

Four churches in the Parish of Chipping Barnet that combined together last year to prepare an application to establish a new Church of England free school are renewing their appeal to parents to sign up in support.

The deadline for an application to the Department for Education for a new free school opening for the September 2017 intake is 29 May. So far the Chipping Barnet team ministry have collected 73 per cent of the signatures they need.

If government approval could be obtained, the new primary would offer 60 places each year from 2017 onwards, with a two-form entry for 4- to 5-year-olds. The aim would be to open the school in a refurbished building such as the former Marie Foster home in Wood Street.

In a statement urging parents to give their support, the team ministry says the admissions figures issued by Barnet Council for September 2015 underline the desperate need for an additional primary school.

If government approval could be obtained, the new primary would offer 60 places each year

There were a total of 337 first-preference applications for the 305 places available at the seven primaries in High Barnet and Underhill – Christ Church, Foulds, Grasvenor Avenue, Monken Hadley, St Catherine’s, Underhill and Whitings Hill.

Their aim is to provide a Church of England school with an inclusive ethos, open to those of all faiths or none. Some places would go to parish children and others to those from the wider local community.

The team ministry says the level of oversubscribing for local primaries is predicted to continue rising, and that explains the renewed effort to persuade parents to express their support.

Five hundred signatures are needed in support of the application for parents with children starting school in or after 2017.

So far the team ministry has secured 73 per cent of the signatures needed for children needing a place in 2017, but only 17 per cent for 2018.

If the application was approved, the Department for Education would offer assistance in find a suitable site in an existing building in the High Barnet area that could be refurbished as a school.

Parents are being urged to demonstrate the strength of local support by signing a petition at www.chippingbarnetcofeschool.weebly.com. Alternatively petition papers are available at the four churches.

An open meeting to discuss the plan is to be held at St John the Baptist (crèche available) on 21 April.