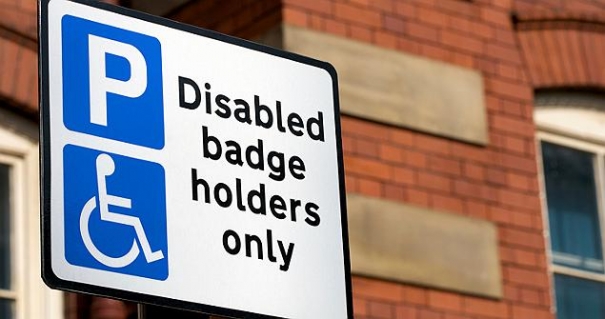 After a rising number of complaints about blue disabled badges being used unlawfully by motorists, High Barnet Police say they are stepping up uniformed patrols and will take action against drivers breaking the law.

Cars displaying blue badges are frequently found blocking street parking restricted to resident permit holders, but the drivers often appear to be able bodied and are not accompanied by a disabled passenger.

Sergeant Ian Richardson, based at High Barnet Police Station, told the Barnet Society that he and his colleagues understood the anger of local residents and motorists and that uniformed patrols were being increased as a result.

On the day he gave his interview, Sergeant Richardson had just returned from patrolling the High Street, Union Street and Salisbury Road.

“I went out this morning with three pre-prepared enforcement tickets in my pocket just in case but I didn’t find any abuses.

“If we find a blue badge is being abused we do take action. If we issue a fixed penalty notice we take the badge away from the motorist and return it to the local authority.

“Fixed penalty notices are issued for blatant disregard of the rules. If the driver is parking with a blue badge and the badge is for a person who is not in the vehicle that is an offence. So, for example, I have taken a badge away from a motorist who is the relative of a disabled person and that person is not there when the car is being parked.”

Another High Barnet police officer, Constable Nick Onslow, said it was important to try to educate motorists and remind them of the restrictions on blue badge use.

“We can issue a fixed penalty ticket and impose a fine for misusing the badge. We can take the badge away and report its use to the council and the council will then revoke the badge from whoever is using it.

“If someone is using a badge that doesn’t belong to them, that is potentially fraud and they are committing an offence and there could be a prosecution.

“We can also check if a badge is lost or stolen and if that is the case, it can be a criminal offence of theft or handling stolen goods.”

Abuse of blue badges is also being monitored by Barnet Residents Association, which has expressed concern about potential misuse of disabled badges in Moxon Street and other car parks owned by Barnet Council.

In its June newsletter, the Association said it considered occasional spot checks by the police were inadequate, not least because they did not include council car parks which were regarded as private property.

At the heart of the problem was lack of enforcement by Barnet Council’s parking enforcement officers.

“Barnet’s parking enforcement is privatised. The contract does include an optional section for inspection of blue badges, but it would appear it has not been invoked, presumably because the council would have to pay extra.”

In view of the undertaking by the police to the Barnet Society to increase uniformed patrols, local residents will be able to see whether there is an increased level of enforcement.

Householders and motorists in streets off Stapylton Road but close to the Spires shopping centre and Barnet Library, and in streets around Barnet Hospital, will be watching and waiting with interest to see if there is a reduction in the blatant abuse of recent years.

Barnet Council says its anti-fraud team is doing all it can to prevent motorists from abusing the blue badge parking scheme for disabled drivers and passengers.

But the council has declined so far to provide statistics relating to the effectiveness of its enforcement procedures, or give any indication as to the number of blue badges being withdrawn because of misuse.

In a statement to the Barnet Society, the council insists that its “anti-fraud team, assisted travel and parking teams are working closely to stamp down on cases of blue badge fraud”.

Anyone who is suspicious about the use of a blue badge or who suspects that a fraud is being committed should contact the anti-fraud team on 0208 359 2007.

Questions relating to information and statistics on enforcement would have to be pursued by a request under the Freedom of Information Act. The Society’s unanswered questions included: