Boarded-up: one sorry sight to go 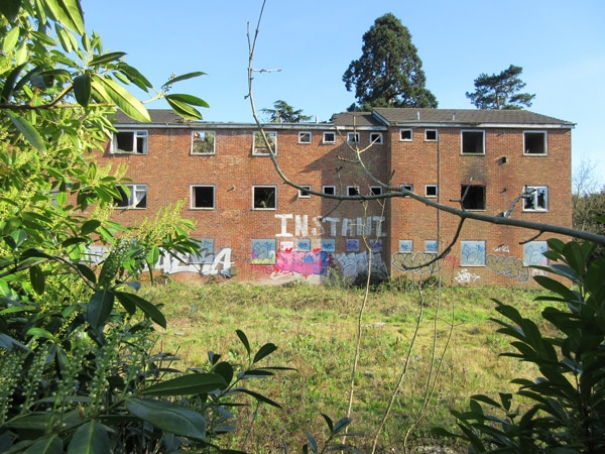 The old nurses home
One of High Barnet’s worst eyesores, the derelict former nurses’ home opposite the Arkley public house, is to be demolished to make way for a housing scheme that aims to provide approximately 100 new homes.

Linden Homes has bought the 3.9-acre site, which includes the fire-ravaged block of flats that once provided accommodation for nurses at Barnet Hospital, and also other vacant flats and offices.

The site has been on the market since it was put up for sale in October 2013 by the Barnet, Chase Farm and Royal Free Hospitals Trust. 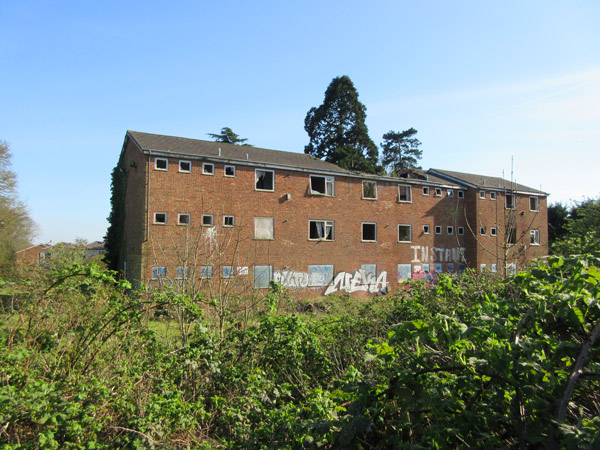 The nurses home viewed from the roadOutline planning consent for around 100 homes had previously been obtained by the NHS in 2006, but the approval has expired and Linden Homes intends to submit a fresh application to Barnet Council in early summer.

The company says it plans to consult neighbours and local groups before finalising its plan, but if approval is granted the aim would be to start construction immediately.

The site extends south from its frontage on Barnet Road (A411), opposite the Arkley, to a hedge just to the north of the Barnet Hospital buildings in Wellhouse Lane.

The land backs onto houses in Elmbank Avenue.

Entry to the site would be from Barnet Road and Linden Homes says it intends to build “a high-quality mix of houses and apartments, including some affordable housing”.

The Barnet Society has said repeatedly that leaving the nurses’ block of flats vacant for so long, and then allowing it to be vandalised, was a scandalous example of a wasted public asset.

... a scandalous example of a wasted public asset

For years it has been a shocking reminder of neglect, with ragged blinds blowing from smashed window frames, a partly collapsed roof and walls blackened by fires and graffiti.

Access to the site is currently prevented by large wooden hoardings which have obscured the worst of the devastation.

In a statement to the Society, Linden Homes says it is committed to consulting the local community. “We are looking forward to a positive dialogue about the significant contribution we believe we can make to delivering the homes that Barnet needs.”