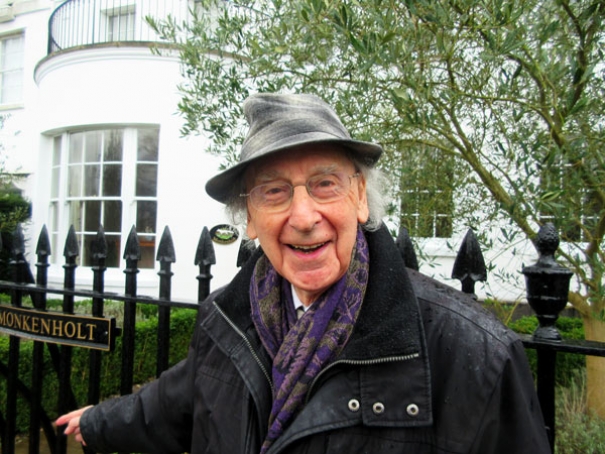 Aubrey Rose outside Monkenholt once the home of Dame Cicely Saunders
A campaign is being launched to persuade English Heritage to award one of its renowned blue plaques to the Hadley Green home of the late Dame Cicely Saunders, the Barnet-born founder of the hospice movement.

She established the world’s first-purpose built hospice in 1967 –  St Christopher’s Hospice, at Sydenham in south-east London –  and was a pioneer in the importance of palliative care in modern medicine.

Dame Cicely spent her childhood at Monkenholt, a Georgian house on Hadley Green Road –  a house that the Barnet Society President says is now “a must” for being presented with a blue plaque.

Of the 902 surviving plaques awarded to the London homes of the famous, only 13 per cent recognise women, a sad omission that English Heritage is determined to rectify, and which Mr Rose says gives Barnet a timely opportunity to gain recognition for one of the town’s highest achieving daughters.

“Dame Cicely was brought up in Barnet, and Monkenholt was the family home. She trained as a nurse in the last war, later qualified as a doctor and became the founder of the world hospice movement.

She was a wonderful visionary

“She was a wonderful visionary, and if English Heritage are now saying they are hoping to recognise social reformers, and that not enough women have been honoured, then Dame Cicely has to be a candidate, and her childhood home must be awarded a blue plaque.”

Dame Cicely’s father, Gordon Saunders was a senior partner of the London estate agency, John D Wood & Co. She was born in 1918 and at the age of 13 was sent to boarding school at Roedean.

On the outbreak of war, despite family opposition, she left Oxford University in 1940 and started nursing at St Thomas’s Hospital in London. Later, after gaining a diploma in public health at Oxford, she re-joined St Thomas’s to train as a lady almoner.

After working part time at St Luke’s Home for the Dying Poor in Bayswater, she studied to become a physician and started work at St Joseph’s Hospice in Hackney, where she did research into pain control.

In 1967 she founded St Christopher’s Hospice in Sydenham, widely regarded as the world’s first modern hospice. Her vision and work was said to have transformed the care of the dying and the practice of medicine. 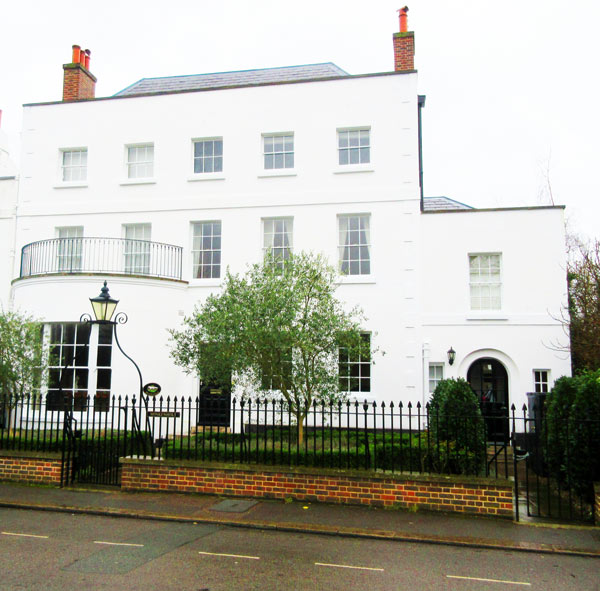 The Saunders’ Hadley Green family home later became the residence of Lord Carr of Hadley, the former Conservative Secretary of State for Employment Robert Carr, who sold the property to Aubrey Rose.

“Dame Cicely visited us when we lived at Monkenholt. When we took her round the house she pointed to shrubs and plants that she remembered as a child, including two cedar of Lebanon trees,” said Mr Rose.

The London blue plaque scheme is celebrating its 150th anniversary this year and Anna Eavis, from English Heritage said their aim was to increase the number of women honoured in the capital.

When the scheme was founded by the Royal Society of Arts in 1866, blue plaques were awarded to “increase the public estimation for the places which have been the abodes of men who have made England what it is”.

Ms Eavis said that the lack of women who have been honoured is being addressed: since English Heritage took on the responsibility in 1986, 70 plaques to women had been awarded, but much more needed to be done.

“It’s only relatively recently that the role of women in history has been acknowledged, and the blue plaques scheme partly reflects this historic blindness.”

English Heritage says those honoured must have been dead for 20 years, but although Dame Cicely only died in 2005, Aubrey Rose believes there is every justification for the rule being relaxed with regard to women.

“Clearly English Heritage should do far more to correct the female under representation in the blue plaque scheme and Dame Cicely certainly merits consideration. Another nine years would be a long time to wait to honour such an illustrious visionary who was born and brought up in Barnet.”