Sophie Esplin-Jones collecting compost
Women are increasingly taking over from men in cultivating allotments - a national trend which is certainly being reflected at the popular Byng Road allotments in High Barnet.

Sophie Esplin-Jones, chair of the Byng Road committee, says the number of women holding plots is just short of 40 per cent, and quite a few of the women share with a friend or neighbour.
Fifty years ago, allotments were a male-dominated environment, but this began to change in the mid-1970s when the grow-your-own boom took off and more families – and women – took over vacant plots.
Plots which had not been dug for years found new and enthusiastic tenants, encouraged no doubt by the epic and much-loved BBC sitcom, The Good Life, which was launched in 1975 and which followed the exploits of Barbara and Tom as they tried to fulfil their dream of cultivating their Surbiton garden and becoming totally self-sufficient.

Ms Esplin-Jones said that in the seven years she had rented a plot at Byng Road she had noticed a real change with many more families and children getting involved in growing produce.
“Nowadays ‘going down to the allotment’ really is quite a sociable affair. It is a safe, gated area for children, and we do hold family events such as an Easter egg hunt, a summer social and bonfire night party.”

Statistics compiled by the National Allotment Society highlight the transformation that has taken place.
In 1973 only 2 per cent of plots were being cultivated by women. This had increased to 20 per cent by 2003 and the most recent estimate for London is 63.7 per cent of the capital’s allotments are being rented by women. 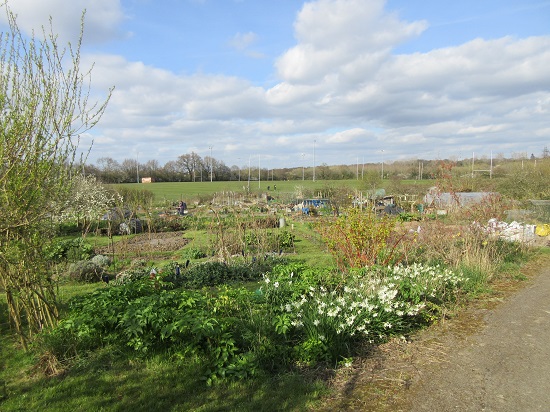 My own experience as a long-standing plot holder mirrors the national picture.
We moved to Barnet in 1973 and in March 1975 I signed a tenancy agreement with Barnet Council for an allotment of five poles at Byng Road for an annual rent of 73 pence.

My wife noted at the time that there seemed to be only one woman cultivating a plot on the site – an Italian lady who lived in Cavendish Road.
Her plot had a fine tilth – which she said had taken 17 years to establish – and her crops included several mysterious continental varieties.

All around my plot were men, mostly of pensionable age, and the hierarchy was determined by which of the men had the largest and most accommodating allotment shed.
In 2011 Barnet Council divested itself of responsibility for managing allotments and as with many other sites which opted for self-management, the Byng Road Allotment Group took on responsibility. 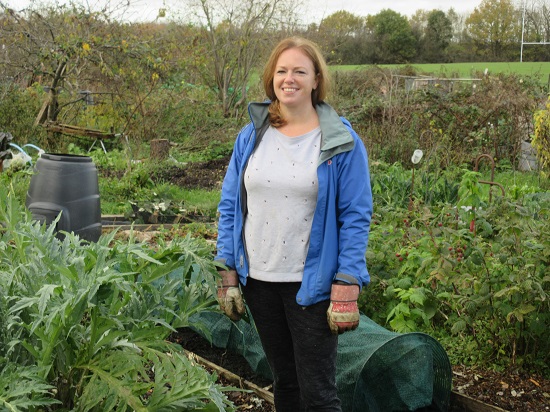 Ms Esplin-Jones became committee chair three years ago after previously serving as lettings secretary.
The group’s data base shows that 63 per cent of the plot holders are male, and 37 per cent female, with some plots in joint names. Currently the committee comprises two women and five men.

“We took on our allotment at Byng Road because we didn’t have a garden at the time and wanted some outdoor space, especially for our daughter Grace, who is nine now,” said Ms Esplin-Jones.
“So, our experience mirrors the national trend as well.
“What we noticed increasingly during the summer, and the restrictions on social distancing because of Covid-19, was that quite a few families were having picnics on their plots and liked to sit out in the sun.”