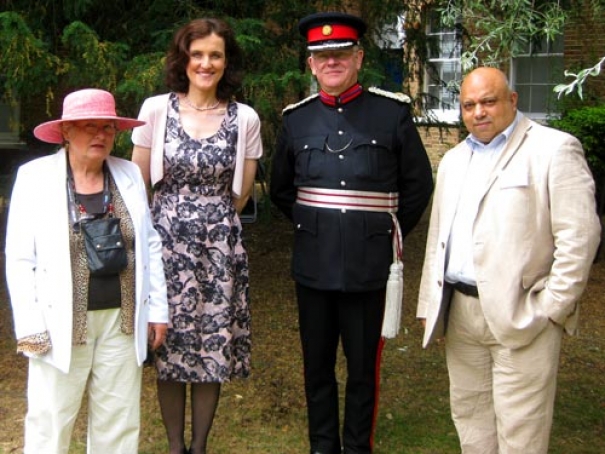 Martin Russell, Deputy Lord Lieutenant of Greater London, who performed the opening ceremony (29.6.2014), congratulated the volunteers who had recorded the lives of Barnet men killed in the First World War and researched the changing patterns of retail premises in Barnet High Street.

The two exhibitions drew a steady crowd of visitors

The two exhibitions drew a steady crowd of visitors, who were offered tea and cakes together with musical entertainment as part of the museum’s annual garden party. 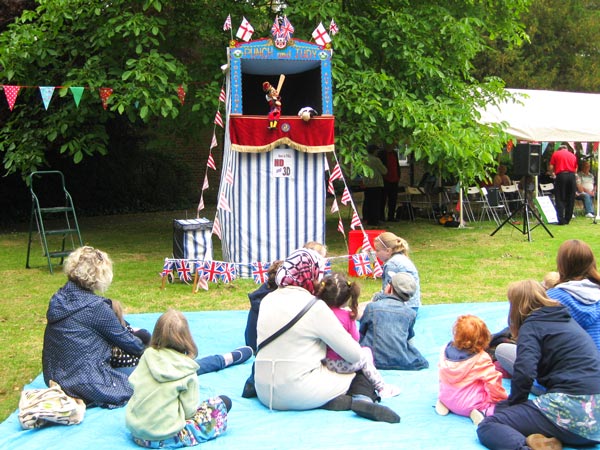 Mr Russell said it was an honour to open two such important exhibitions during the 76th anniversary year of the museum.

He paid tribute to its archivist Dr Gillian Gear, whose work safeguarding the museum and supporting local history projects had been recognised with the award of the British Empire medal in the Queen’s Birthday Honours. 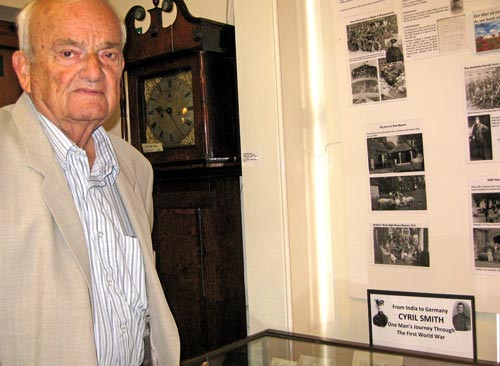 As part of the project to commemorate the Great War, local historians compiled life histories of the 275 men listed on the war memorial in front of the main entrance to the Barnet parish church of St John the Baptist.

One of the exhibits that had caught Mr Russell’s attention was a memorial tablet from the former Margaret Road Secondary School in New Barnet, which commemorates 120 pupils who fell in the Great War.

“The list of names of those who had been children at the school is staggering to see, just as are the artefacts brought back from the trenches and relics from the German airship shot down over Cuffley in 1916.”

Another exhibit tells the life history of Cyril Smith, who served with the 3rd Army under General Julian Byng of Wrotham Park at the second Battle of the Somme in 1918.

Mr Smith’s 84-year-old son Geoffrey Smith lives in Dury Road, Hadley Green. He said his father, who died 35 years ago, would have been amazed to have seen his life commemorated at the museum.

“Cyril lied to get into the Army.  He was only seventeen but said he was eighteen. He started with the Hampshire Regiment as a drummer on the north-west frontier in India, served across Europe, and at the Somme was part of the 3rd Army under General Byng.” 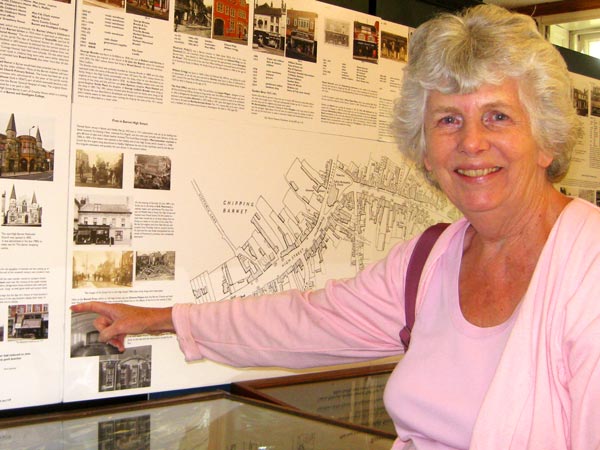 A map of Barnet High Street in 1896, drawn by Derek Sagar, is the focal point of a display showing the changing nature of retail premises along the town’s main shopping street.

Photographs of long-demolished shop frontages reflect the hustle and bustle of what was once a thriving market town.

Other illustrations recall dramatic events such as fires in the High Street when shops were destroyed.

Research for the project was carried out by a group of Barnet University of the Third Age members who surveyed shops listed in the High Street in 1898, 1914 and 2014.

More in this category: « Wood Street’s whalebones - 75 years in situ The generosity of Barnet’s benefactors »