And the band played on... 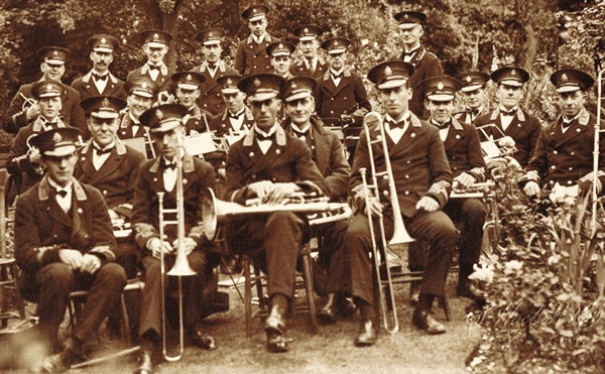 The Band in the 1930's
Barnet Museum is staging a display of instruments and memorabilia belonging to Barnet Band, thought to be the oldest musical group in the London Borough of Barnet, which is celebrating its 125th anniversary this year.

Few other local organisations have been as closely associated with the life and history of the town than the band, which on its formation in 1889 took the name the High Barnet Foresters’ Brass Band.

A newly-published history by the band’s archivist, Dr Peter Holmes, provides a fascinating account of how successive generations of bandsmen (and later women) took part in events of both local and national significance.

Barnet Town Band, as it was then known, was in attendance in 1921 at the unveiling of the Chipping Barnet war memorial outside the parish church of St John the Baptist. A few years later, in 1926, the band performed at the ceremony marking the opening of the Old Court House Recreation Ground behind the former town hall, once the offices of Barnet Urban District Council. 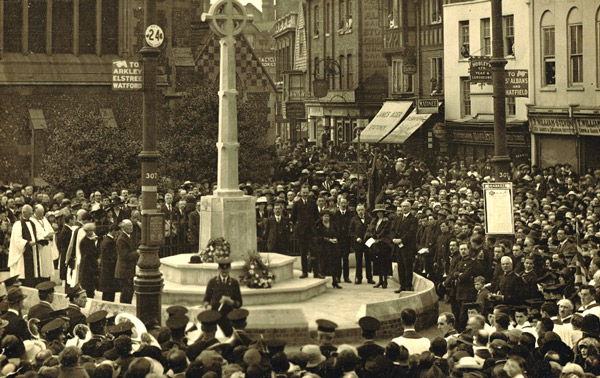 Dr Holmes has dedicated his history to all those who have served the band over the years as players and helpers, and his account of their contribution underlines how closely the band’s activities were intertwined with the daily life of the town.

The band was established in January 1889 by the Court Pride of Barnet Foresters which, at a cost of 3 shillings a night, hired an “instrumental gentleman”, Corporal Yeomans of the 7th King’s Royal Rifles, to give instruction to fifteen or more bandsmen. He was later elected the first conductor.

Arthur Emm, the first chairman of the band, agreed to buy instruments at a cost of £45 on condition they remained his property until he could be reimbursed.

Practice nights were Mondays and Fridays at the Green Man in the High Street. Within a few months, after it was suggested the Loyal Wrotham Lodge of Oddfellows were about form a brass band, they agreed to combine forces and established the Barnet Amalgamated Brass Band, Foresters and Oddfellows in June 1889.

A source of income for the band was contribution boxes in the pubs of High Barnet – the Green Man, the Prussia, the Salisbury, the Star Tavern, the Edinburgh Castle, the Crown and Anchor, the Black Horse, the Albion, the Queen’s Arms, the White Hart, the Two Brewers and the Three Elms.  When opened in July 1889 they were found to contain £2 5s 6d (£2.26)

The band’s first tentative performance was in October that year and the first paid engagement at a demonstration in East Barnet in July 1890. In May 1893, after having become the Barnet Town Band, rehearsals moved to Christ Church School; the band competed in its first contest at Hitchin on Whit Monday 1897.

After reaching an arrangement in April 1898 to rent new instruments, the band started winning prizes, taking the first prize at the Fulham Band Contest, and became a founder member of the London and Home Counties Amateur Bands Association.

By the turn of the century the band was staging regular performances: concerts were held in Ravenscroft Park recreation ground, the playing field of Queen Elizabeth’s Boys’ Grammar School and Dr Boyes’ garden. In 1905 the band was recorded as attending football matches at the Barnet Alston Football Club at Underhill, which was also the year the band purchased its first set of uniforms, made by Mr Wynne, the Barnet tailor.

During the Great War the band assisted with parades for the Volunteer Training Corps and gave concerts at military hospitals, building on a tradition started during the Boer War when performances were given in aid of war charities. 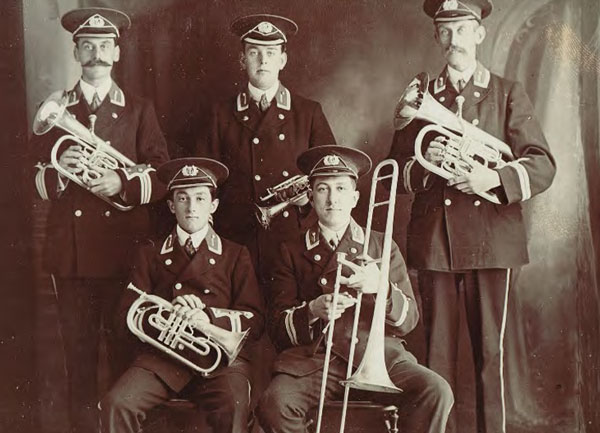 Other popular events in the early years of last century were Sunday concerts at the Barnet cinema; the band played regularly on Hadley Green and also in the High Street until the 1930s when the increase in traffic made it too dangerous.

Barnet Town Band was also beating some of the finest bands in the south of England, taking first prize in contests at East Ham, Paddington, Lewisham and Walthamstow. Often there were performances outside Barnet as the band was engaged regularly by London County Council and also by councils in Wembley, Leyton and Enfield.

During the Second World War twenty bandsmen joined the forces and although performances continued in a much reduced form the band ran into debt, and it was not until a meeting in May 1945 that moves were made to re-establish the group on a proper footing.

New uniforms were purchased in March 1947, ordered from the Army and Navy Supply Stores, but were considered a bit dull. Women had joined the band in the late 1940s and red material was added behind the badges in order to jolly them up.

Despite having been awarded so many prizes over the years, only one trophy survives, the cup for winning the High Wycombe Band Contest in August 1921. Another notable success was taking first prize in the Daily Herald national brass band contest in Manchester in 1953, beating bands from across the country to win a cheque for £50.

The change of name to the Barnet Band took effect in 1979 and after the appointment of Denis Collings as musical director in 1983 the group transformed itself into a wind band of some thirty players. Another change was a willingness to accept anyone in the community who could play and was willing to learn and improve. 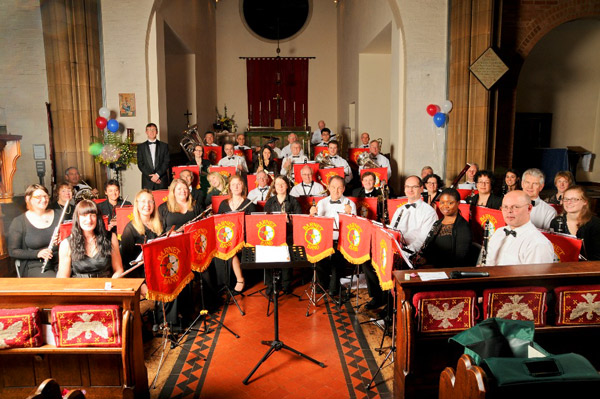 In 2002 the band held its first day of children’s workshops, having received a grant of £1,500 from the National Federation of Music Societies.
Although changing its name over the years, the band has continued its tradition of helping charities. Its 2014 grand celebration concert, held in February at St James Church, New Barnet, was in aid of the Chipping Barnet Day Centre for the Elderly.

Dr Holmes says the band’s history is a reminder of the vicissitudes that befell so many of its young members who went off to serve in the Boer War and the First and Second World Wars. He ends his history with this tribute:

“With thousands of players passing through its ranks, many of these being actively engaged in the struggle to keep the band’s tradition alive, the band feels it a duty to ensure that their endeavours were not in vain, in memory of all those players who livened up the parks and streets of Barnet over the past 125 years.”

You can download more on the history of the band by clicking the attachment link below. Or go to: www.barnetband.org

More in this category: « The best ever Barnet Christmas Fair Events at Barnet Market »