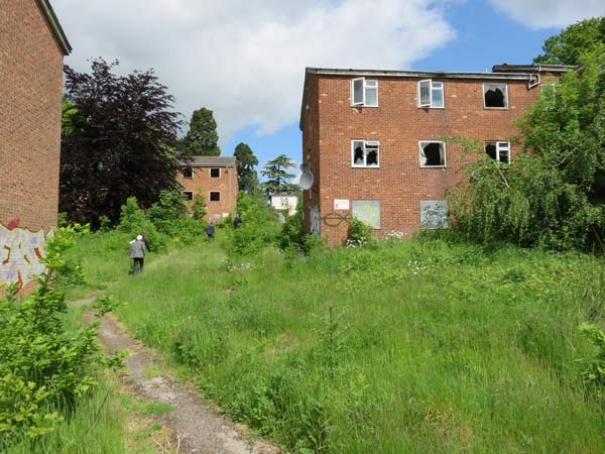 Derelict flats that once provided accommodation for nurses at Barnet Hospital have been an eyesore for years
Work could start as early as January next year on High Barnet’s largest housing development since the opening of the Dollis Valley estate. If planning permission is obtained, Linden Homes plan to construct over 100 new homes on the vacant Elmbank site that extends from Barnet Road, Arkley, almost to Barnet Hospital.

Access to the site would be by a new approach road leading south from the existing entrance to a derelict block of flats that once provided accommodation for nurses at Barnet Hospital. 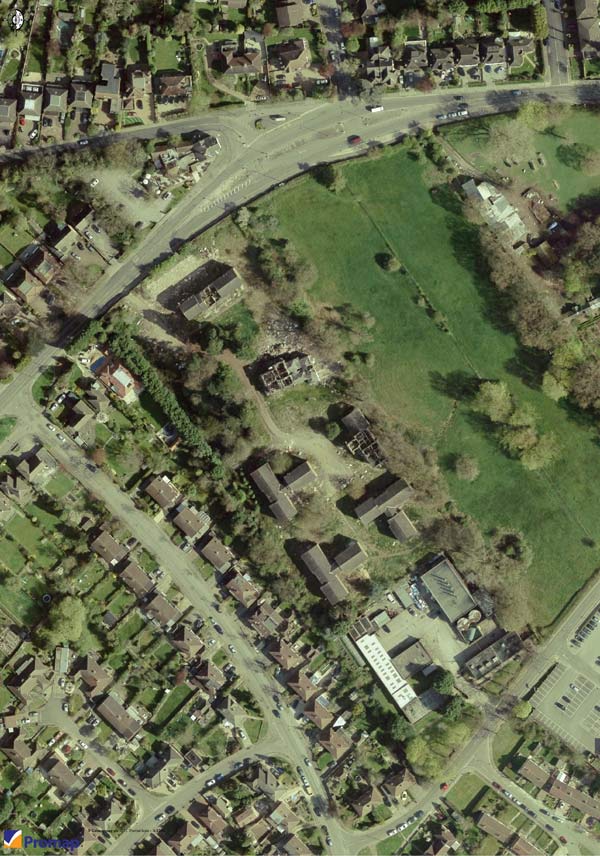 An aerial view of the Elmbank site stretching south from Barnet Road almost to Barnet Hospital, with Elmbank Avenue to the left and the fields beside Whalebones to the right

If Linden Homes obtain planning permission by September, work would begin later in the autumn on the demolition of the fire-ravaged nurses’ flats, opposite the Arkley public house, together with other vacant flats and offices.

The 3.9-acre site extends south from its frontage on Barnet Road (A411) to just north of the Barnet Hospital buildings in Wellhouse Lane, and backs on to houses in Elmbank Avenue and also fields alongside farm buildings attached to Whalebones.

Linden Homes plan to build a total of 114 homes on the site, including 93 one-, two- and three-bedroom flats and 21 three-, four- and five-bedroom houses. There would be up to 135 car parking spaces.

Robin Bishop, chair of the Barnet Society’s planning and environment group, says that once Linden Homes have submitted detailed plans to Barnet Council they will be scrutinised closely. There are many mature trees on the site.

“We welcome well-designed new homes in Chipping Barnet, but it is important to conserve the site’s lovely natural features. The density of the proposed development and its impact on traffic are possible concerns.”