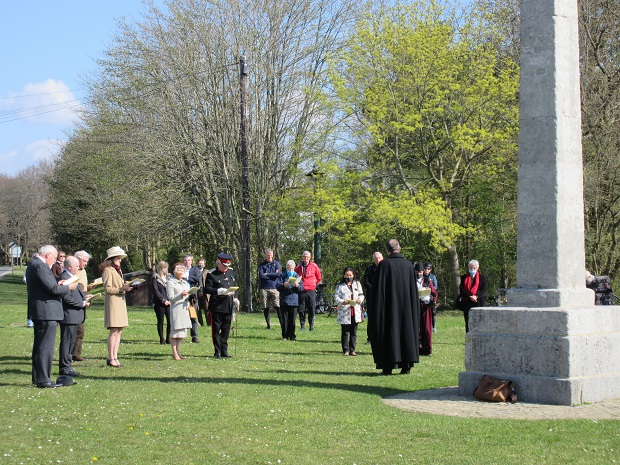 A memorial service at Hadley Highstone marked the 550th anniversary of the Battle of Barnet -- starting a year of commemorative events which all being well will include a return in September of the highly successful Barnet Medieval Festival.

Wreaths were laid on behalf of the fallen from the two armies – from the Houses of York and Lancaster – who fought a decisive battle in the Wars of Roses just north of Barnet town centre on 14 April 1471. 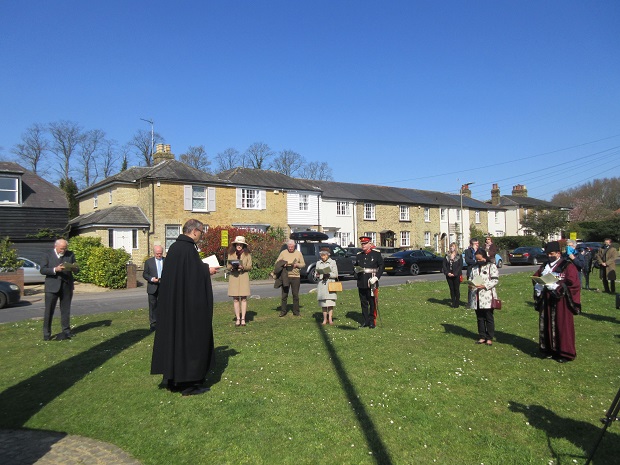 The service was conducted by the Monken Hadley Rector, the Reverend Thomas Renz, who called for a minutes’ silence for the Duke of Edinburgh before he remembered the victims of the battle.

Several thousand men – perhaps as many as 4,000 – were thought to have lost their lives. 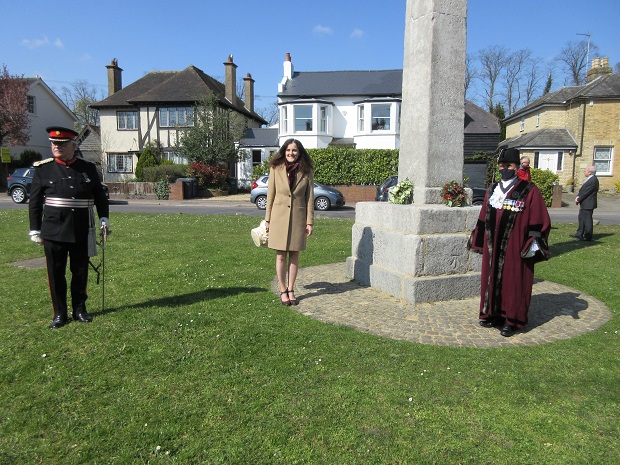 A wreath of red roses for the Lancastrian forces was laid on the Highstone plinth by the Deputy Mayor of Barnet Councillor Lachhya Gurung, a former Gurkha and staff sergeant with the Signals Regiment, who wore his long service and veterans’ medals awarded after 18 years with the British Army.

Martin Russell, representative deputy lieutenant for the Borough of Barnet, laid a wreath white roses on behalf of the Yorkist army.

There were readings from the Chipping Barnet MP Theresa Villiers and Bob Burstow, chair of the medieval committee. 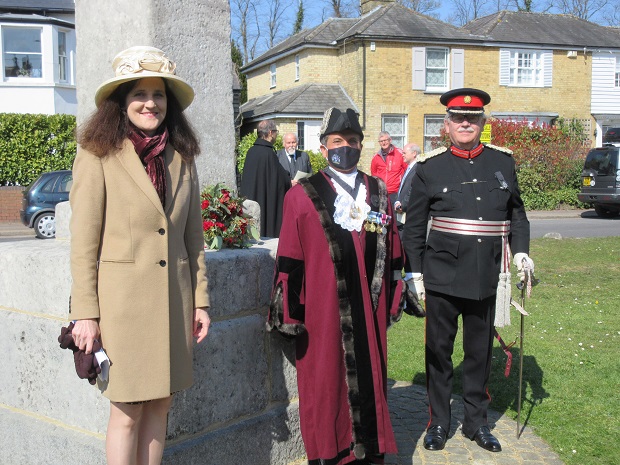 To highlight the memorial service and help publicise the medieval festival, Mr Burstow led a team of enthusiasts and historians on an 11-mile walk the day before following the route that was taken by the Yorkist forces loyal to Edward IV who marched to Barnet from Smithfield.

According to historical accounts a Yorkist army of up to 9,000 men set off from Smithfield and headed north via Hornsey Park and then across Finchley Common which then stretched from East Finchley to Whetstone.

Running commentaries along the route were given by Clerkenwell historian and Lester Hillman and Paul Baker, City of London guide, who joined the walk at Finchley.

Covid-19 restrictions permitting, the Barnet Medieval Festival will be the highlight of this year’s commemorative events and a two-day event is planned for the weekend of 11-12 September at the Byng Road playing fields.

There will be re-enactments of both the Battle of Barnet and the Battle of Tewkesbury which were fought in the spring of 1471 and the playing fields, which are usually the home of Barnet Elizabethans RFC, will be host to a medieval encampment and market.

A crowd funding campaign is well underway to help finance what the festival committee hopes will be a truly memorable event attracting hundreds of battlefield re-enactors and their supporters as well as thousands of residents and visitors.

Anyone wishing to make a donation can do so by visiting https://www.spacehive.com/battle-barnet-550 or e-mailing the festival team at This email address is being protected from spambots. You need JavaScript enabled to view it.