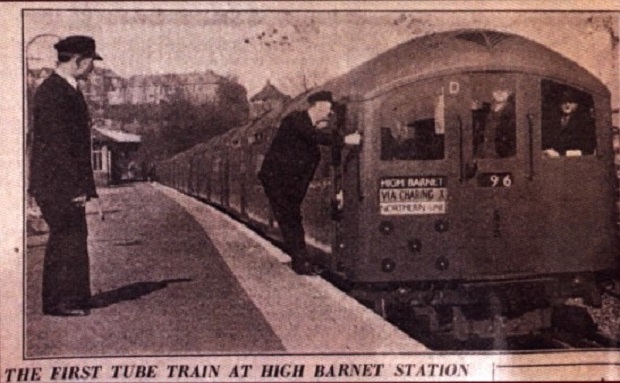 April is the most important month in the history of High Barnet station -- the first steam train pulled out on 1 April 1872 and the first tube train left for Charing Cross on 14 April 1940 after the much-delayed extension of Northern Line electrification.

The 150th anniversary next year of its official opening will recall the mixed emotions among residents as they came to terms with the decision by the Great Northern Railway to build the station at the bottom of Barnet Hill rather than extend the line so that it finished closer to the town centre.

The GNR had given an assurance the new station would be nearer the town centre, and it should have been built opposite the Black Horse public house in Wood Street.

A pre-agreement had been signed with the Elizabeth Allen trustees to buy the necessary land for £126 and local historian Dennis Bird says the town folk were “not amused when the GNR reneged on the deal.” 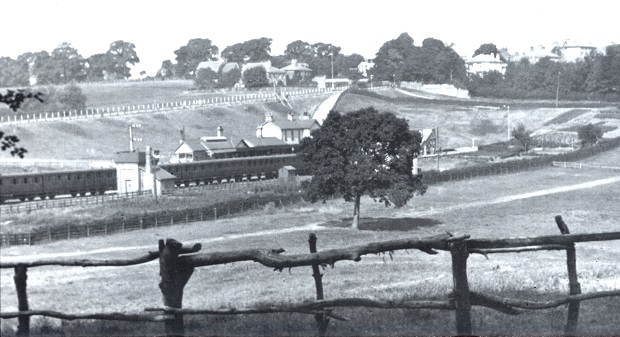 The station was built on the site of Barnet racecourse, which had been part of the site of Barnet Fair, and with the expansion of housing in the district by the end of the 19th century, there were vain hopes that the GNR might reconsider its decision and extend the line.

Initially there were 25 trains a day to London and the journey time via Highgate and Finsbury Park was 40 to 45 minutes. 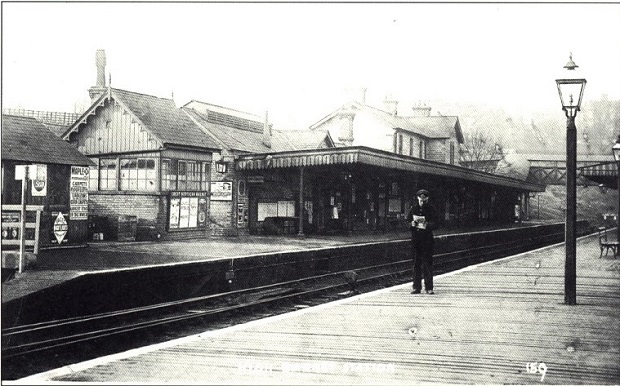 Prior to becoming part of the tube network, the station had a bell which was rung one minute before a train departed – and it can be seen on display at Barnet Museum.

Electrification of the underground system accelerated in the 1920s. The Northern Line was extended to Edgware in 1924, but it was not until 1940 that the electrified line was extended from East Finchley to High Barnet, cutting the journey time by ten minutes.

Initially there was a plan to install an escalator from the entrance up to the roadway on Barnet Hill but as with disappointment over the hoped-for town centre station, it never materialised.

Previously the tube had terminated at Highgate station (now Archway) until a new tunnel went through to East Finchley where the old station was rebuilt.

Posters promoting the arrival of “electric trains” at High Barnet in April 1940 advertised a change at East Finchley to LNER trains to Finsbury Park, King’s Cross, Broad Street and Moorgate.

Another advertised connection was at Finchley Central for “omnibus services to Edgware”.

Mr Bird, a leading member of Barnet Local History Society, says the new East Finchley station had four platforms because the old line from High Barnet to Finsbury Park was also supposed to be part of the tube system.

“A new station was built at Highgate and can still be seen rotting away, never used.”

A week after the official opening of High Barnet station a train derailed on 8 April 1872 at Torrington Park Station – now Woodside Park – but there were no casualties. 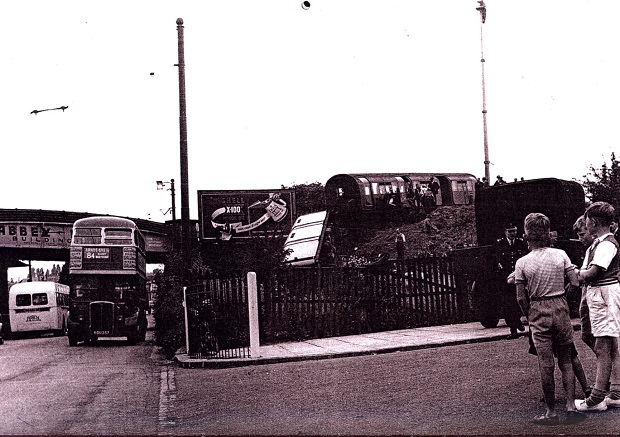 In the summer of 1953, there was an eye-catching derailment at High Barnet when a tube train overshot the sidings and ended up hanging precariously beside the bridge at the bottom of Barnet Hill (the bridge was later rebuilt, and the road widened).

Mr Bird thinks the reason High Barnet was not swallowed up by suburbia, as happened to Edgware and Southgate in the 1930s, was probably because the tube took so long to arrive.

Fellow local historian Terence Atkins agrees, which is why he says the Barnet Society was formed immediately after the Second World War to campaign for the preservation of countryside that had until then been spared from housing redevelopment.