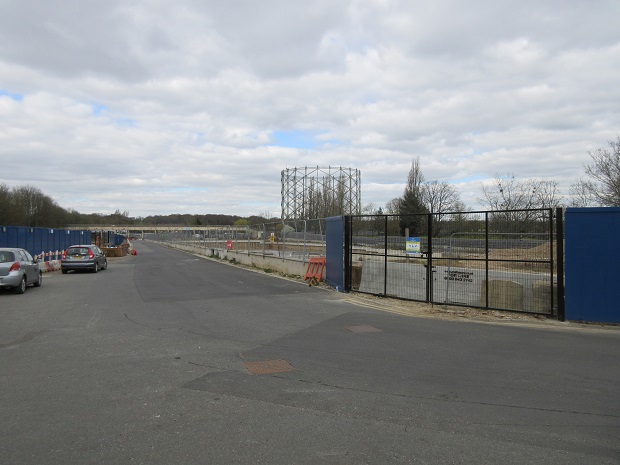 Developers preparing revised proposals for tower blocks of flats on the former gas works site in New Barnet say they have "learned lessons" from their previous failure to get planning approval.

A new scheme which should be unveiled during the summer will propose a reduction in the height and density of the blocks, provide more family homes and improve the communal space for residents.

During a webinar joined by over 90 local people, Mark Jackson, director of planning at Fairview Homes, invited the community to go on submitting their ideas as architects and designers revise the scheme for what will be known as the Victoria Quarter.

“We are still seeking feedback. We acknowledge the lessons learned. We have been given a clear steer on what would be acceptable. The number of flats and height of the blocks will be reduced.”

Fairview Homes and its partner One Housing were refused permission last September to build a total of 652 flats in blocks up to ten storeys high.

Barnet Council’s planning committee was unanimous in its decision after councillors condemned the scheme for being a “horrendous, high-rise monstrosity” totally out of keeping with the village-like atmosphere of the locality.

Despite the assurances given jointly by Mr Jackson and Saba Choudhury, head of acquisition planning at One Housing, that these objections were being addressed, they declined to give any precise indications on the either the number of new flats or the height of the blocks. 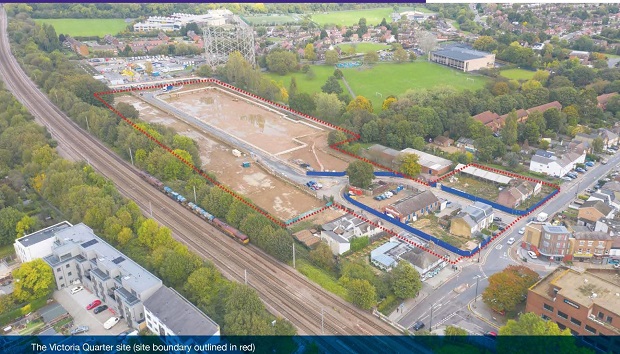 Ms Choudhury explained that the 2020 failed application for 652 flats – almost twice the 371 flats approved in 2017 – had been necessitated by the significantly higher costs of decontaminating the former gas works site.

If the scheme had been limited to 371 flats it would no longer have been viable and Barnet Council considered it failed to make maximum use of a large brownfield site, so the number was increased to ensure the project was delivered and there were more affordable homes.

Mr Jackson reminded residents that the council’s planning officers had recommended approval for the construction of 652 flats, but the planning committee had taken a different view and Fairview and One House were now approaching the project afresh.

Mr Jackson agreed that the height of the line of blocks of flats to be built on the site was a key issue and it was clear that “too many tall buildings” would not be acceptable.

Under their fresh approach there would be more room between the apartment blocks and an increase in the proportion of three- and four-bedroom properties to accommodate large families.

One Housing, a part Greater London Authority funded housing charity, was committed to delivering affordable homes and Ms Choudury said if possible, the revised scheme would try to offer more than the minimum of 35 per cent affordable homes.

Rents would be at levels set by the GLA and there would also be some shared ownership properties. The aim would be to attract key workers and the sons and daughters of Barnet residents who want to live locally but might be priced out of the market.

One Housing would be responsible for the long-term management of the Vitoria Quarter and there would be an agreed services agreement for service charges and cleaning.

When asked during the webinar by Robin Bishop, chair of the Barnet Society, about the approach that would be taken towards the design and construction materials, Mr Jackson said this was “up for grabs” and might follow the style of the traditional architecture of the area or a modern, fresh approach.

After the event, Mr Bishop urged residents to submit their views by the 12 April deadline. He said he understood why Fairview and One Housing wanted to keep their design cards close to their chest, but the Society and other interested groups would be looking hard to see whether the developers had genuinely understood and learned from local opinion.