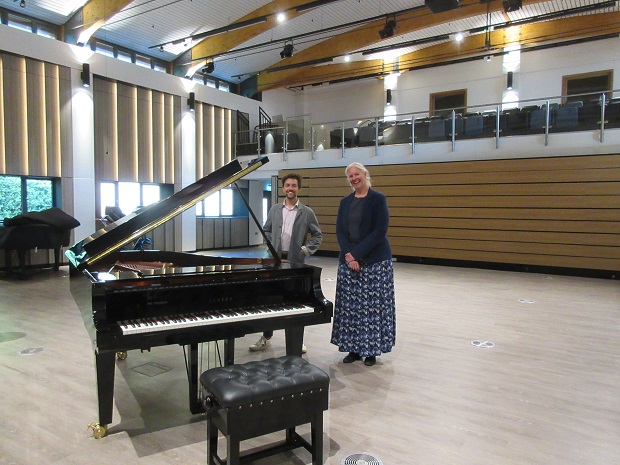 A newly opened recital hall at Queen Elizabeth's School for Boys is to host three concerts to be held in July as part of the second annual High Barnet Chamber Music Festival.

For music lovers and residents this will be their first opportunity to see the interior of a £4 million new building which includes a 230-seat hall, eight music practice rooms and three additional classrooms.

On seeing inside the recital hall for the first time, and after admiring the school’s new Yamaha CF6 grand piano, the festival’s artistic director, Joshua Ballance – seen here with Ruth Partington, QE’s director of music – was almost lost for words in welcoming the opportunity to stage concerts in surroundings that equalled international standards.

“It is marvellous news for Barnet that musicians will be able to perform locally in a purpose-built concert hall offering such fantastic acoustics, and just the right atmosphere for intimate chamber music.”

The Friends’ Recital Hall and Music Rooms – built with donations and support from The Friends of Queen Elizabeth’s Charity – were officially opened in early May when pupils staged a three-day gala festival.

The opportunity to stage concerts at the school has enabled the Chamber Music Festival to extend its programme of events that runs from Saturday 2 July to Sunday 17 July.

The first two concerts of this year’s music festival will again be at Barnet Parish Church and the final three at the Friends’ Recital Hall. (See below for full details and link for booking tickets). 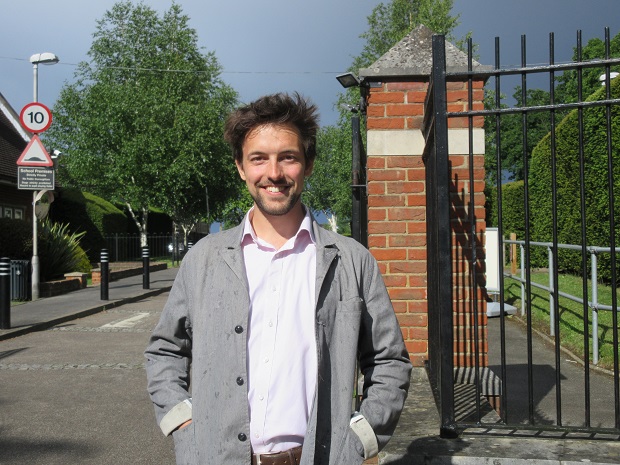 After a sell-out for last year’s inaugural festival, an expanded programme in July will offer recitals by “some of the UK’s brightest young stars as well as local student,” said Joshua Ballance.

“We’ve been working with our artists to craft a varied programme that juxtaposes family favourites with less well-known but equally fantastic music.

“With repertoire from over two centuries we are confident that there is something for everyone.”

There will be free admission to the first of the three concerts at Queen Elizabeth’s, on Wednesday 13 July, which will feature staff and students and where there will be a collection in aid of Ukraine.

Included in what is being billed as a show case concert will be a cello quintet, clarinet trio, and a vocal group of pupils and members of the music department.

Before the concert there will be master classes for the pupils by cellist Eliza Millett and pianist and organist Richard Gowers. 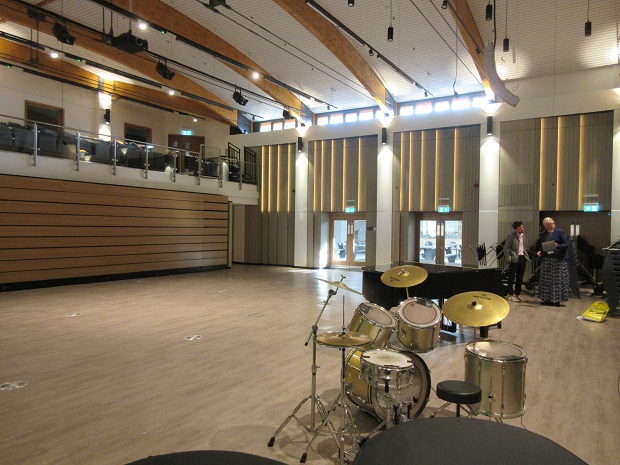 Queen Elizabeth’s School got the go-ahead to build its new music school in June 2019 when the Department for Education approved a £1.2million grant and a £1million loan.

Construction was completed in December 2021 and boys began using the new building for music lessons in the spring term. Retractable seating has a 230-seat capacity. 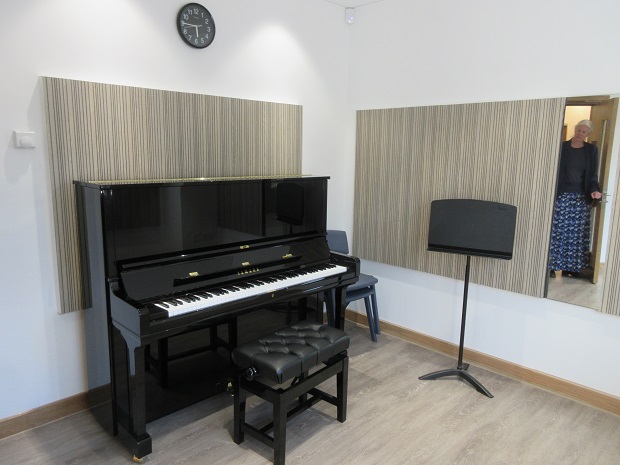 Pianos for the eight practice rooms were purchased with the help of proceeds from a pianoathon when boys played continuously for six hours – just one of the many fund-raising organised to support the new facilities.

Director of music Ruth Partington said the music block was an amazing addition to the school and already 300 pupils a week were benefiting from individual music lessons.

For more details about the festival go to: www.hbcmf.co.uk