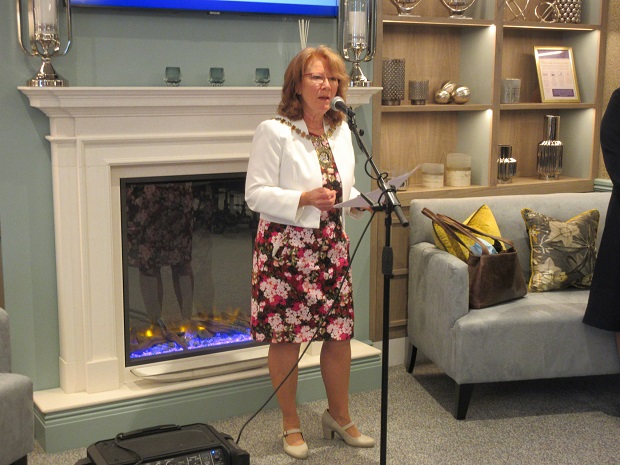 Having been sworn in as the borough’s 57th Mayor the previous evening, Councillor Moore told guests at the opening ceremony that she was delighted her first official task was to open a new residential home for the elderly.

As a community service volunteer at the age of 19 she had worked in two care homes in Croydon, and she had learned so much from working with older people and had huge respect for those employed in the care sector.

The covid.19 pandemic had created huge challenges for residential care, and she knew from her own experience how determined staff were to keep their residents as fit and active as possible.

Signature’s High Barnet new home has 102 apartments of which 24 are specialist dementia units.

The home is the 36th in the group – another two are due to open in the next 12 months. 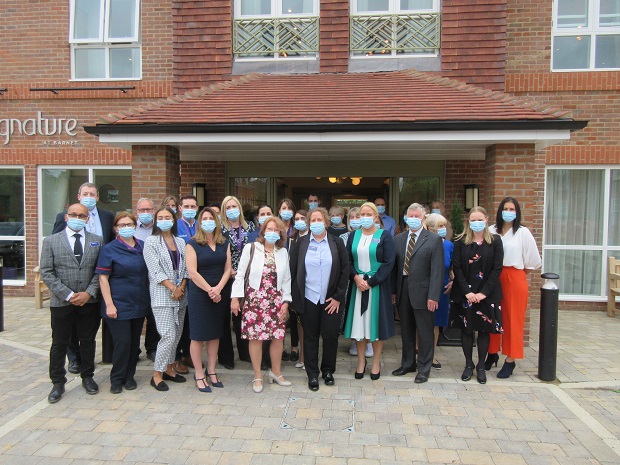 Councillor Moore, who has represented East Finchley ward for the last 24 years, was welcomed by the home’s general manager Vicki Read.

Kay Cox, Signature’s chief operating officer, paid tribute to Signature’s development and property team for delivering another “amazing new home” which she was sure would prove popular with residents.

Seven residents had moved in ahead of the official opening and another two were due to take up occupancy by the end of May. 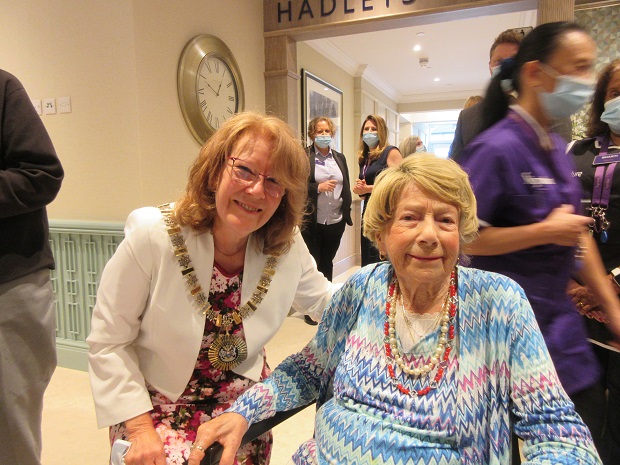 Councillor Moore – seen here with one of the first residents, Audrey Wolman (95) – cut the ribbon at the front door.

She then joined in the applause as three residents – Audrey, Brian Lewis, and Alan Cox – took it in turns to cut a slice of a cake baked to mark the occasion.