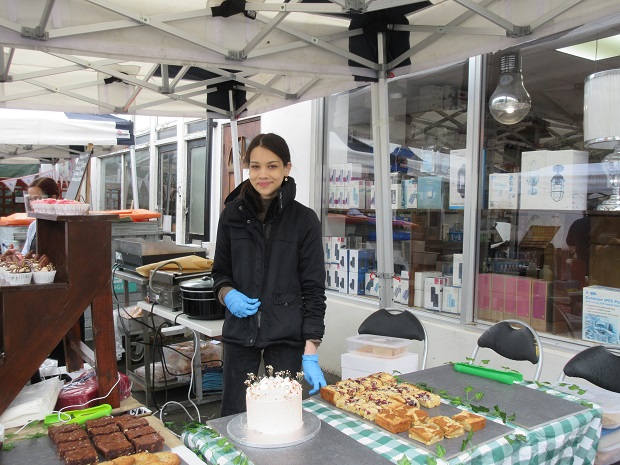 A star baker from Channel 4 did a roaring trade selling home-made cakes and pastries at New Barnet's first zero-waste market.

Isabelle Jones, of Whetstone, who is on a year out after completing her A-levels, was declared a winner last year during an episode of The Great British Bake Off: An Extra Slice. 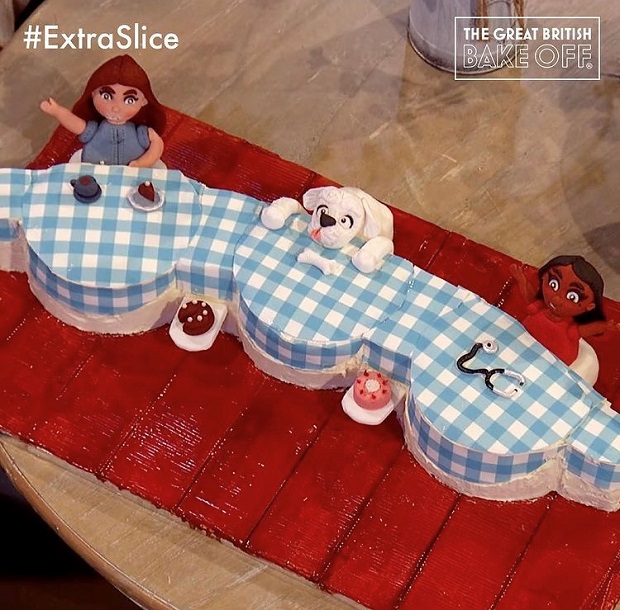 Her winning entry was a mock-up of a television studio set...and customers lining up at temporary stalls set up outside business frontages along Leicester Road were equally appreciative of her baking skills. 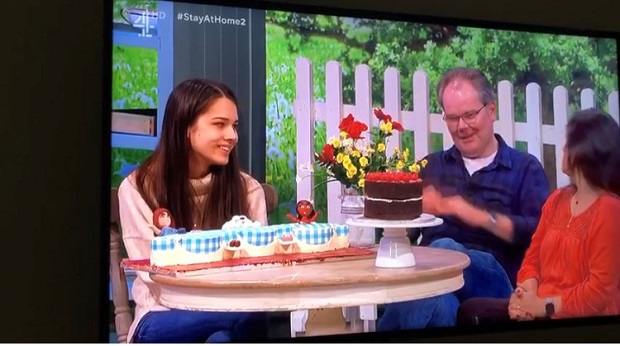 Isabelle, seen here celebrating her cake-making success with her family, is off to Exeter University. She spent the week baking for the zero-waste market which had the dual aim of encouraging the recycling of surplus produce and supporting home enterprises. 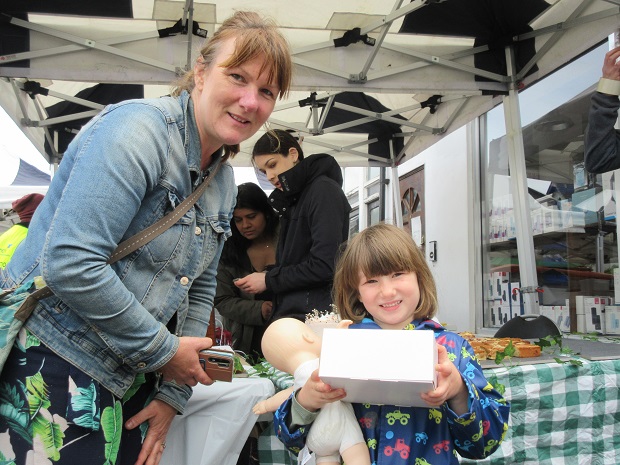 Despite the showers, there was steady custom for the dozen or so traders with stalls at the market. 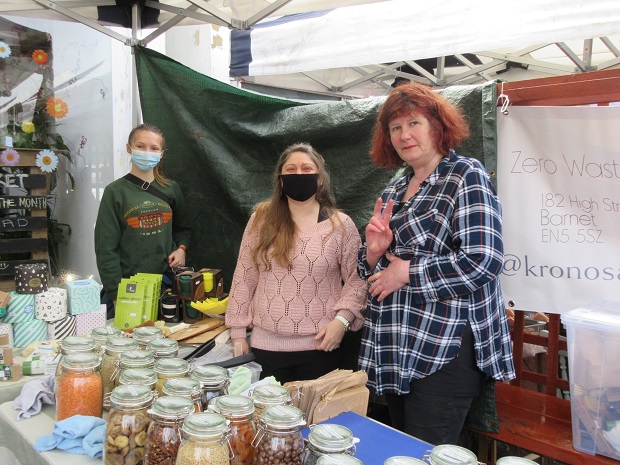 Ursula Stone (far right), founder of the zero waste Flower Bank in Leicester Road, organised the market after the success of her work putting surplus flowers to good use.

She is seen here at the stall of Amanda Theodorou, proprietor of the Kronos and Rhea zero waste shop in Barnet High Street, and her assistant Harriet Ellis (far left).

Ms Stone collects flowers that have passed their sell by dates from Marks and Spencer supermarkets and re-uses them for flower arranging demonstrations at residential homes and for re-distribution to elderly and isolated residents. 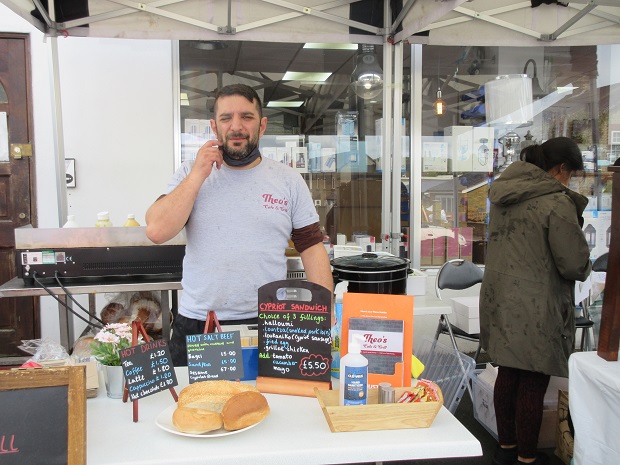 Among the local traders supporting the market was the proprietor of Theo’s café and grill, Theo Theodosiou, whose specialities include Cypriot-style sandwiches.

A band of nearby residents and volunteers helped set up the market with the help of equipment on loan from the Barnet teenage market. 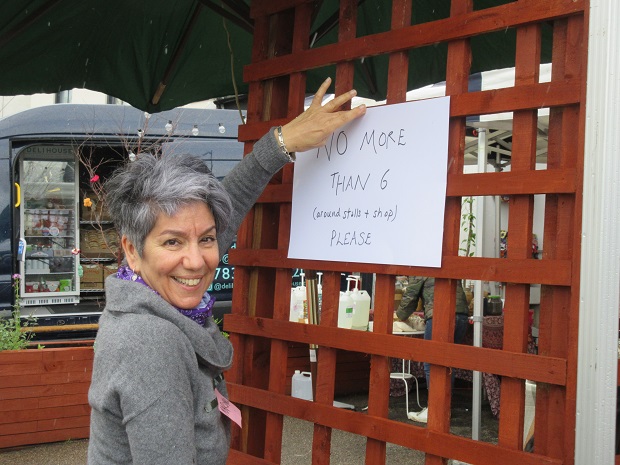 Strict social distancing was the order of the day and among those on duty was market marshal Martha Stylianou.

“The weather was against us with a heavy shower that hindered the setting up of the stalls, but I’ve been overwhelmed by the support for what we are hoping will become a regular monthly market,” said Ursula Stone.