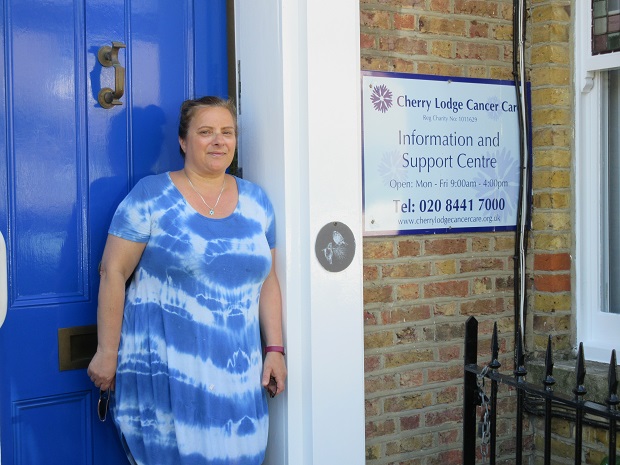 A Barnet charity that advises and assists cancer patients - and which is celebrating its 25th anniversary - hopes the gradual easing of lockdown will speed up the resumption of its support services and especially its fund raising activities.

Cherry Lodge Cancer Care, which began life in 1996 in a portacabin at Barnet Hospital, is celebrating a proud record of having helped well over 5,000 cancer patients.

After being forced to move its consultations and therapy sessions online during the Covid.19 pandemic – and suspend drop-in sessions – Cherry Lodge is now planning how to restore its programme of hands-on and group therapies.

Equally challenging for charity administrator and events co-ordinator Tina Papasavva – seen above at the charity’s Union Street office – is the task of restarting and rescheduling the programme of fund-raising activities that had to be abandoned during lockdown.

Cherry Lodge kicks off its 2021 programme with a stall in The Spires shopping centre on Thursday 17 June which will be selling new merchandise.

This will be an opportunity for cancer patients who become Cherry Lodge members, and for friends and supporters, to pop along and say hello.

A virtual Summer Soulstice (in memory of Andy Weekes) is being organised for the weekend of Friday 25 June to Sunday 27 June when there will be live online streaming of DJ sets and pre-recorded shows.

In past years, the Summer Soulstice – offering three days of soulful music – has raised record amounts.

Other highlights include a breast cancer awareness pink barrow tombola at The Spires on Saturday 9 October from 11am to 4pm; an autumn Soul Fall Ball at the Double Tree Hilton, Borehamwood, on Saturday 23 October; a Christmas fair at St James Church, East Barnet Road, on Saturday 4 December; and the Lights of Love event at The Spires’ bandstand on Sunday 12 December.

(For the full programme and more information see www.cherrylodgecancercare.org.uk

or email This email address is being protected from spambots. You need JavaScript enabled to view it. )

Cherry Lodge began life as Barnet Cancer Care in a portacabin at the hospital when Dr Margaret Clark, who had retired from the NHS, started work setting up one of the first cancer information and support centres in the country. 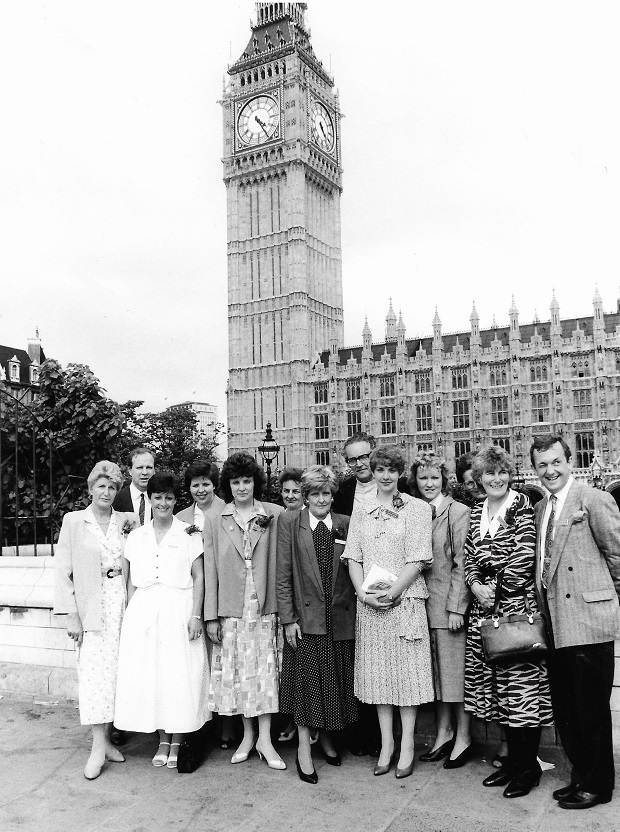 Among local benefactors providing financial backing was the Hadley Trust, along with Macmillan Cancer Support, and its new centre was formally opened in 1998 by the Chipping Barnet MP, the late Sir Sydney Chapman – who helped arrange visits to the House of Commons.

Fiona Kiddle, a Macmillan cancer information nurse, joined Cherry Lodge in 2001 and 20 years later – despite the temporary suspension of hands-on and group therapies – she has been conducting regular consultations online and holding virtual evening group sessions for patients with lymphoma, ovarian cancer, and men’s cancers. 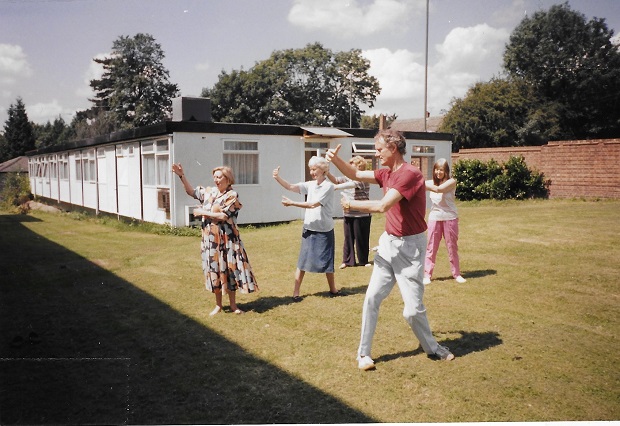 Drop-in sessions that have had to be suspended because of lockdown include those for chi gung for body posture and movement – first organised in 2003 by Peter Hague – and also for yoga and circle dancing.

Once the lockdown restrictions are lifted, Cherry Lodge hopes to gradually restart it hands-on and group therapies and introduce therapies such as acupuncture and reflexology. ( www.cherrylodgecancercare.org.uk for the latest information).

Tina Papasavva said the Cherry Lodge team of six staff, two full-time and the rest part-time, were proud of their efforts to maintain as much as advice and assistance as they could during the pandemic.

“We are still standing as a charity after what has been such a difficult time for people diagnosed with cancer.

“We have worked so hard to link up with our members and our volunteers have done so much to help vulnerable people who lacked contact and help during lockdown.”

Ms Papasavva joined Cherry Lodge 16 years ago as a charity administrator, a role she combines that role with that of events co-ordinator.

Her father died from a brain tumour in 2000 and she started fund raising for the North London Hospice and then Cherry Lodge, becoming a staff member in 2005.

“Because of what happened to my father I had empathy with people who have been through cancer and the cancer journey and when I was made redundant, I took the job with Cherry Lodge. I live in Barnet and my life is in Barnet which is something I value greatly.”

The name Cherry Lodge was adopted by the charity in 2000 to reflect its wider reach and it moved to its present headquarters, Howard House, at 23 Union Street, Barnet in 2004. Building work carried out over the years has created extra space.

Cherry Lodge opened its first charity shop in Barnet in 2009 and resumed trading in Church Passage once the restrictions were eased on the retail sector. A second shop, opened in Borehamwood in 2011, had to close in 2019 because the lease expired.

In the last 25 years, the shops and merchandise sales have raised over £1.5 million, as well over £4 million collected through fund-raising events.

In a statement celebrating its first quarter century, Cherry Lodge says that while “continuing to change, evolve and respond to whatever the demands” the charity is confident that with the help and support of its many benefactors and volunteers, it is “well set for the next 25 years.”

If you've enjoyed this content, why not join us from just £8? You'll receive a printed copy of our newsletter, and help support our work