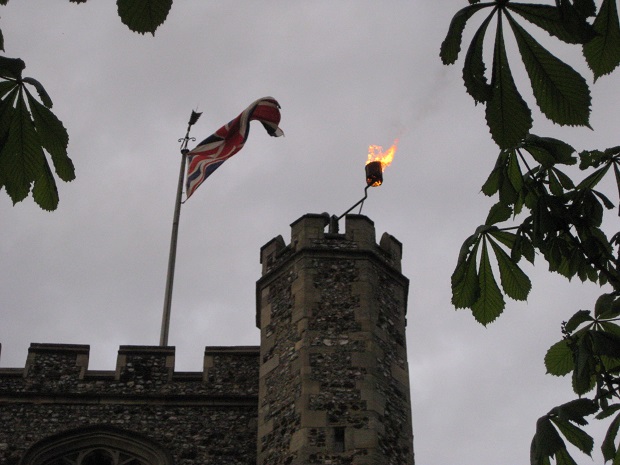 Street parties, ceremonial tree plantings and the lighting of the beacon on top of Monken Hadley church tower are just some of the local events being arranged to celebrate the Queen's Platinum Jubilee in June.

Barnet Council, like other local authorities across the country, is inviting residents to apply for temporary road closures for street parties and other community get togethers over the four-day Jubilee holiday weekend (June 2-5).

One road closure application already submitted is for a lunchtime street party just off Wood Street for residents of Granville Road and Argyle Road which is to be held on Sunday 5 June.

Neighbours are already getting together to install Union flag bunting and arrange for trestle tables to be erected in a section of Granville Road between the junctions with Queens Road and Kings Road.

Applications for closures can be made direct to Barnet Council:

A special lunch for residents and guests is also being arranged by Hadley Memorial Hall social committee for Jubilee Sunday.

A gala concert at the Monken Hadley parish church of St Mary the Virgin is to be held at the start of the Jubilee weekend on Thursday 2 June (7.30pm) and will be followed by the lighting of the beacon at 9.45pm.

The beacon – which is a distinctive feature on the church tower – was lit for the Queen’s 90th birthday in April 2016 and again in 2019 for the 525th anniversary of the restoration of the church in 1494.

Barnet Town Team – along with Barnet Museum and Barnet Rotary Club – are planning to plant trees on Hadley Green to commemorate the Platinum Jubilee.

The favoured site is at the southern end of the green but the precise location for the group of three trees is yet to be agreed with Barnet Council which is anxious to keep the green as open as possible as it is one of the last open heathland areas in North London.

Commemorative tree plantings to create a living legacy can be arranged under the Queen’s Green Canopy scheme (www.queensgreencanopy.org) but the Town Team’s planting of a black poplar will have to be delayed until the autumn as the early spring planting season has passed. 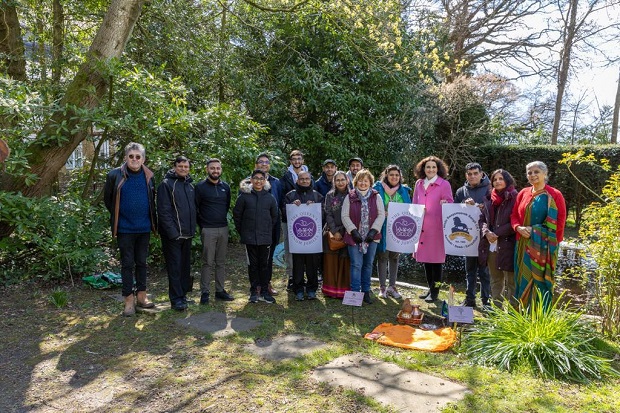 A colourful Hindu ceremony preceded one local tree planting that was completed in time in the parkland around Whalebones House, which is owned by Paddy and Helena Shannon.

Fifteen saplings from the Green Canopy Fund were planted by volunteers from the Barnet Hindu Swayamsevak Sangh young people’s group on the day of the Hindu New Year. 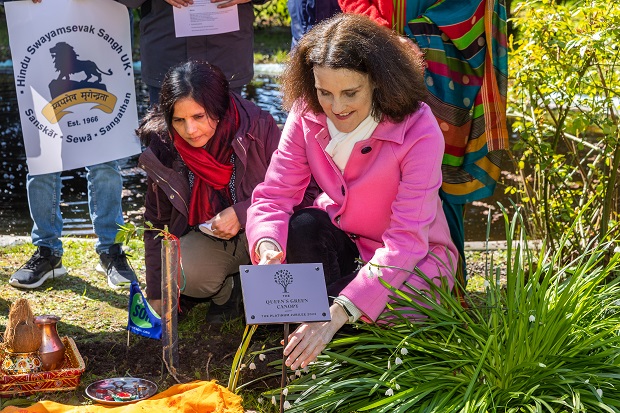 Among those present was the Chipping Barnet MP Theresa Villiers who welcomed the tree planting in the grounds of Whalebones House next to fields where the Whalebones estate trustees have tried without success to get permission for new housing.

Ms Villiers said the new trees would become part of Barnet’s natural world and she was pleased to see them planted next to the fields which local people wanted to see preserved from future development.

The planting ceremony began with the scattering of scented red coloured holy powder and rice and the chanting of Hindu vedic mantras.