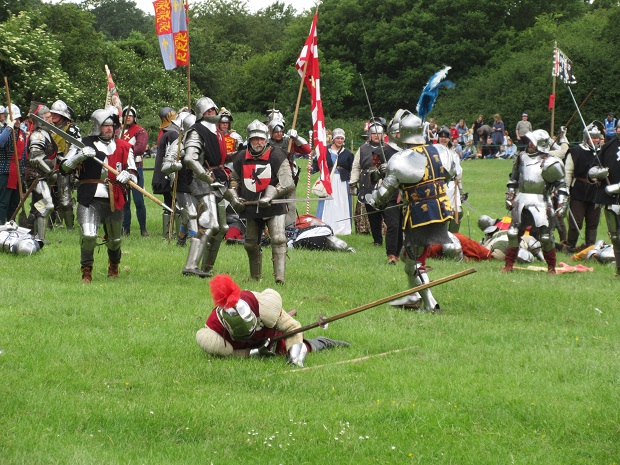 After months of agonising uncertainty, Barnet Medieval Festival is definitely going ahead for a re-scheduled weekend of events and attractions on Saturday and Sunday 11-12 September at the Byng Road playing fields.

Having been forced to cancel the 2020 festival due to the Covid-19 pandemic, the organising committee is delighted the easing of lockdown restrictions has come just in time for an autumn celebration within the 550th anniversary year of the 1471 Battle of Barnet.

A full programme of battlefield re-enactments, gunnery and archery plus living history encampments and a medieval market are just some of the highlights planned for an event that is unique within Greater London.

As the summer has progressed, the organisers have been watching and waiting for news of the re-opening of festivals and summer events, keeping their fingers crossed that an autumn event might be possible. 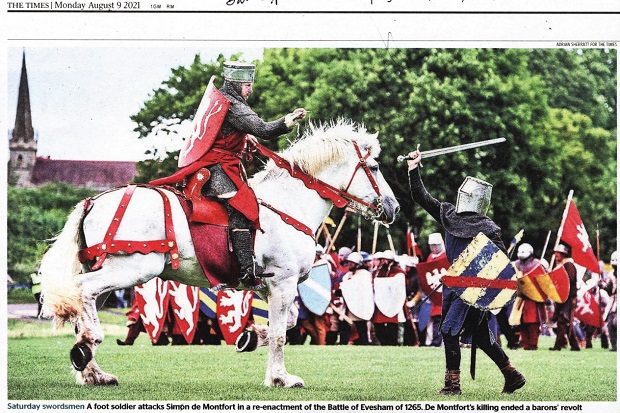 The go ahead for celebrations early in August to mark the anniversary of the 1265 Battle of Evesham was just the encouragement the Barnet committee needed. (Photo: Battle of Evesham re-enactment, The Times, 9.8.2021)

“When we heard from Evesham that the battle re-enactors were so excited to be back in action after a year away, we were determined that our festival should go ahead,” said Bob Burstow, chair of the organising committee.

“Judging by the enthusiasm of battlefield enthusiasts at Evesham we are sure the many military re-enactors who are planning to come to Barnet will be keen to stage even more exciting and imaginative displays.”

Entrance to the festival at the playing fields of Barnet Elizabethans RFC, Byng Road, is by ticket only: £5 for adults, free entry for children.

Tickets (on sale from 16 August) are available to purchase on the festival’s online shop: https://barnet-medieval-festival.sumup.link/

They can also be purchased at the festival’s weekly merchandise stall, outside St John the Baptist church, Chipping Barnet, on Saturday 21 and 28 28 August, 10am-2pm.

Advance purchase is recommended to help the organisers manage queues as part of the festival’s Covid-19 risk management. 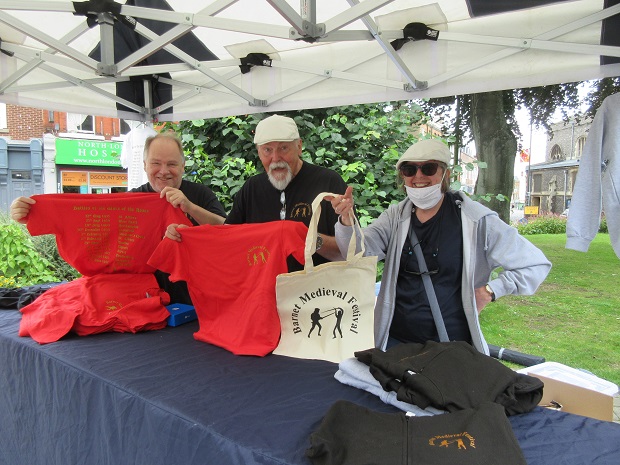 New merchandise currently on sale at the parish church stall includes children’s tee shirts in red and white with gold lettering and a tote bag. 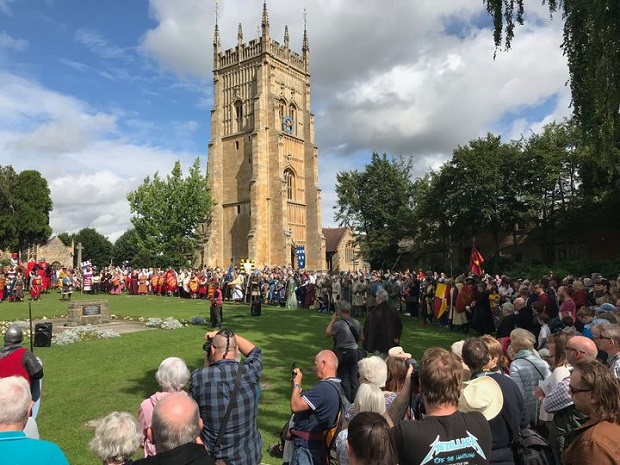 The celebrations marking the anniversary of the Battle of Evesham --which opened with the traditional church service -- are said to be England’s largest battle re-enactment.

Equally the Battle of Barnet has a special place in re-enactors’ calendar because it is the only registered battlefield within Greater London and Byng Road playing fields, at the edge of the Green Belt, are considered to be an ideal location for a medieval encampment and battle re-enactment.

Re-enactors so enjoyed the Barnet Medieval Festivals in 2018 and 2019 that they promised they would be back in force for what they hoped would become an annual event.

Because of the uncertainty about a 2021 festival – and the planned date in June had to be abandoned – a crowd funding appeal did not reach its target.

An added complication was that the government’s insurance scheme to help festivals and summer events manage Covid-19 and the risk of cancellations – which takes effect from September 1 – came too late to help with the Barnet festival.

However, some of the crowd funding pledges were turned into donations and the organisers say sufficient funds were guaranteed with the backing of a generous contribution from the Hadley Trust.

The committee is still fundraising for the festival and would be delighted if supporters could make a donation: