Classic car enthusiasts ready for the off: bonnets up, engines on display 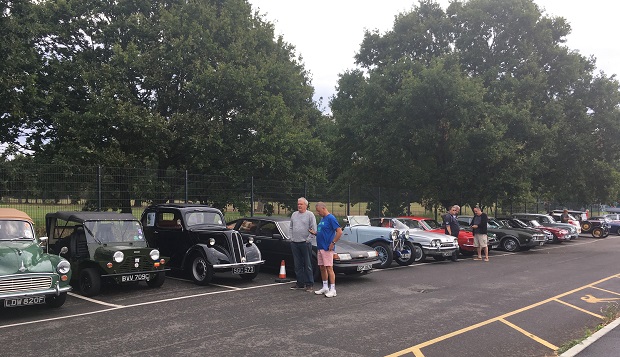 After missing out last year, members of the Barnet Classic Car Club are raring to go -- ready to parade up Barnet Hill and along the High Street to the annual vintage and classic car show which has grown from strength to strength in recent years.

Fifty cars have already been entered for the event on Sunday 26 September and as many as 70 are expected to take part.

Weather permitting, vintage cars and motorcycles will line-up in a display that will fill the vast top deck of the NCP car park at The Spires shopping centre (from 11.30am to 2pm).

Vehicles will assemble in the Underhill playing fields car park and then parade along the High Street at thirty-second intervals from 11am. 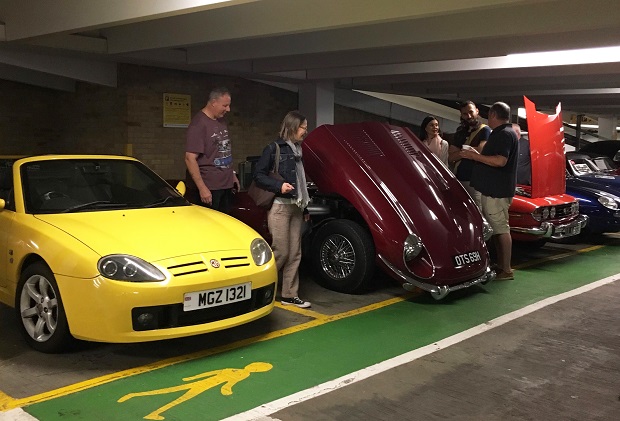 At the last show – in 2019 – rather than heading for the top deck, bad weather forced those taking part to take refuge in the large basement of the car park and although a little cramped, it was soon a case of bonnets up, engines ready for inspection.

Organisers, Chris and Diane Nightingale, hope the 2021 show will give a boost to the post-pandemic revival of local cultural and social events and help promote High Barnet as a great place to live, shop, eat and drink.

All being well, the show will be linking up with Urban Alchemy Brewing, a newly established brewery in York Road, New Barnet, which during summer weekends has been operating an open-air bar in the bandstand at the rear of The Spires. 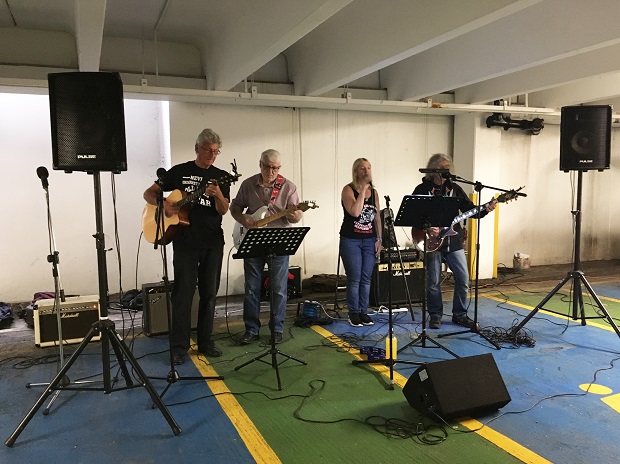 Another attraction during the afternoon will be a gig by local singer Katie Oldham and her backing group Down 2 Earth who performed at the 2019 car show.

“When she appeared in the basement car park, we had quite a few dancing to the music, which is probably a first for an NCP car park,” said Mr. Nightingale.

When the classic car show was first staged in 2014 the aim was to help support Barnet Market which had briefly re-opened on its previous St Albans Road site.

The marketplace, which had been resurfaced, doubled up as a car park during the rest of the week, so there was ample space to display cars.

Mr Nightingale, who also leads Friends of Barnet Market, was disappointed by the response: the market traders didn’t report any increase in business, but it did promote the presence of the market. 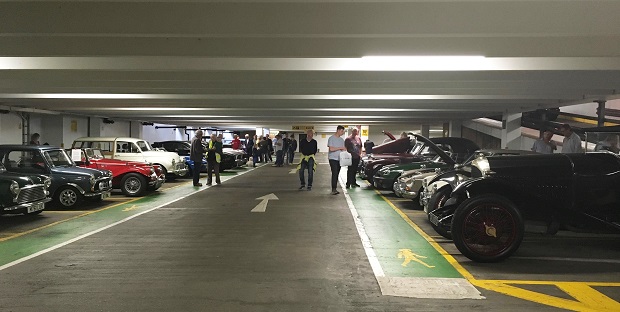 By contrast the 2019 show in The Spires car park did bring about “a very significant increase in footfall” for the shopping centre despite the indifferent weather that Sunday.

“We are hoping that the 2021 car show can play a part in boosting High Barnet as a go-to destination.”

The classic car club has flourished since its first show in 2014. Except during lockdowns, it aims to meet every couple of months or so at a local pub.

“Accommodating all the cars in a pub car park has become a problem recently thanks to the conscientious and enthusiastic leadership of Owen Jones.

“Owen has said that he wishes to take more of a back seat in future, and we are starting to work out how the various roles can be shared around other members, but the club is very much in the debt of Owen who has made it purr along very smoothly.”