Platinum Jubilee street parties get celebrations off to a flying start 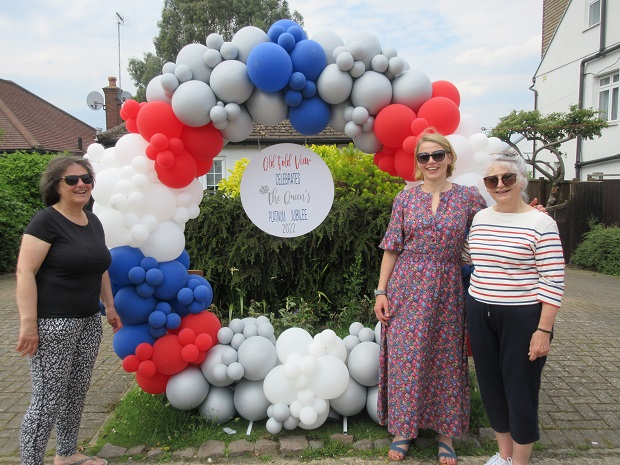 With fine weather on bank holiday Friday, Platinum Jubilee street parties were the order of the day, and the party planners were delighted with the turn out.

Road closures in and around High Barnet ensured there was no traffic to disrupt them, and a good time was had by one and all.

Bunting and a great variety of imaginative decorations from street to street added to the festive atmosphere.

All their preparations paid off, said organiser, Heather Urquhart (far right above) with fellow organisers (from left to right) Kay Gray and Christin Radtke.

“To begin with it was hard work getting everyone motivated, but once we got going, we had lots of offers of help,” said Mrs Urquhart. 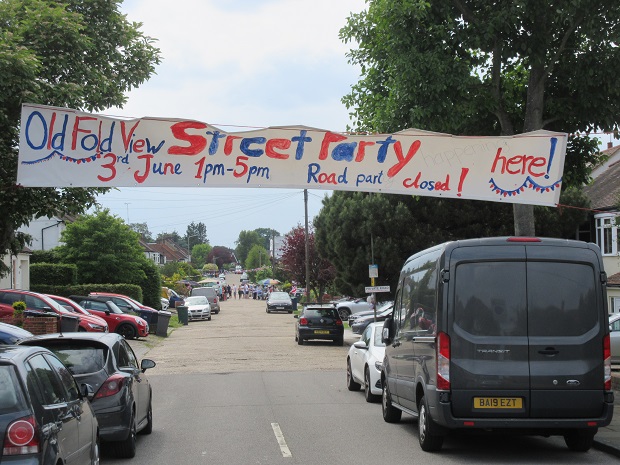 “We have lots of people of different ages and cultures living in Old Fold View. It has been so rewarding seeing everyone come together, enjoy the day and have the chance to taste such a wide range of food.”

Four of the road’s senior citizens had the chance to share their recollections of watching Queen Elizabeth’s Coronation in 1953 on small black and white television sets. 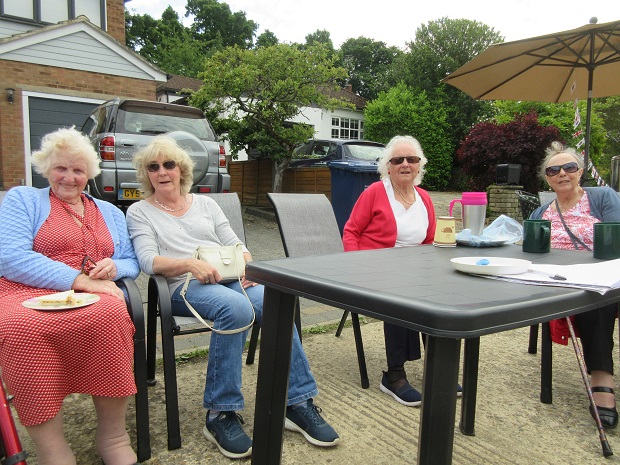 Maureen Gray (far left) said she remembered watching the coronation on a six-inch TV that was attached to a Marconi radio player.

Lorna Gray (second from right) said she was at work in an insurance office on the day of the Coronation and remembered peeping through a window to get glimpses of the ceremony. 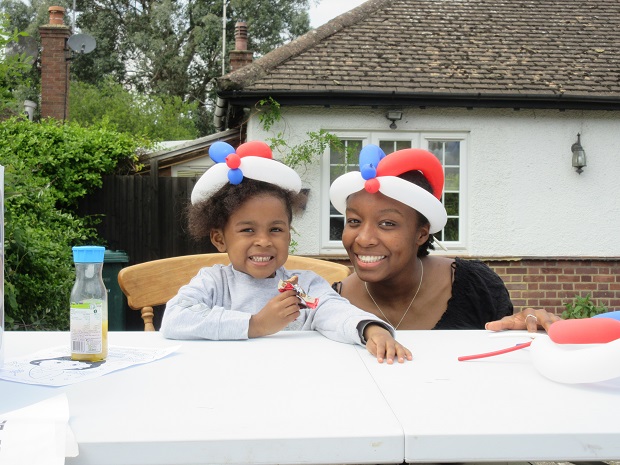 Helping on the Old Fold View balloon stall were Reema (3) and Chanelle Cover. 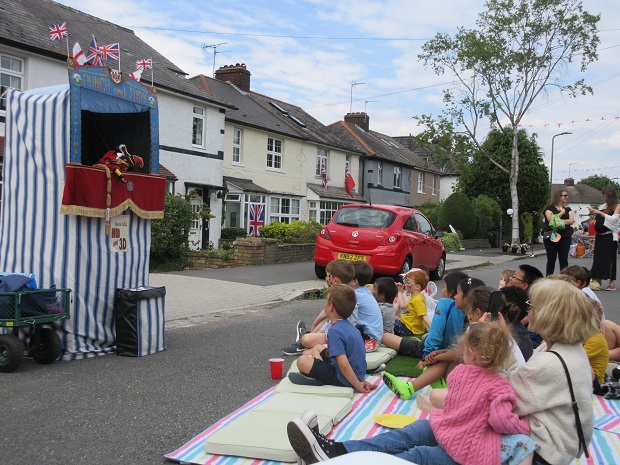 A wide array of events – including Punch and Judy – was on offer at the joint street party held by residents of Wentworth Road and Byng Road.

A bouncy castle, face painting, a visit by a fire engine and a cake competition – with the proceeds going to the nearby Noah’s Ark Hospice – filled the lower half of Wentworth Road. 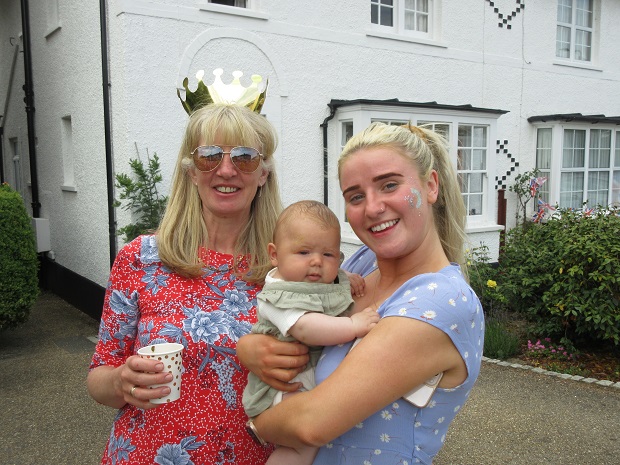 Party organiser Stacey Cronin (left) – seen here with three-month-old Sunday Deak and Eden Cronin – said they had switched their celebration to Friday after finding out that rain was forecast for Sunday. 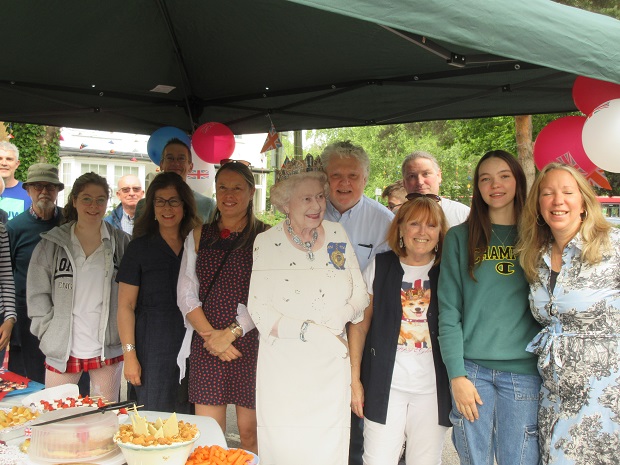 “Her Majesty” was a surprise guest at the Strafford Road party in the car park of Chipping Barnet Library and there was a “royal” tribute to the efforts of the cake and sandwich makers. 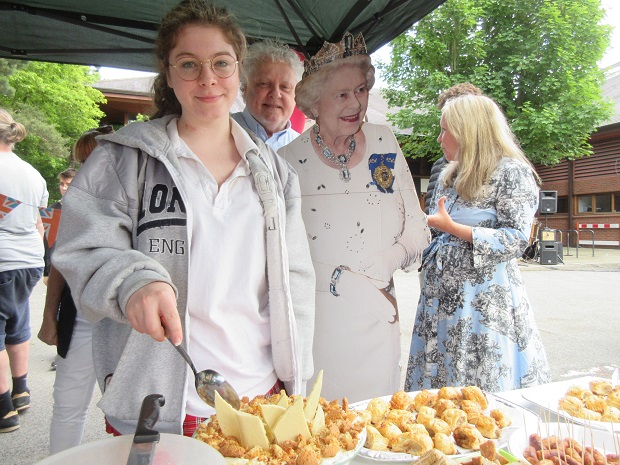 A Platinum Jubilee pudding created by Siofra Rafferty (left) took pride of place on a table packed with festive fare.

The previous evening a concert at Monken Hadley parish church was followed by a short service before the ceremonial lighting of the beacon at the top of the church tower – one of the many lit that evening across the country. 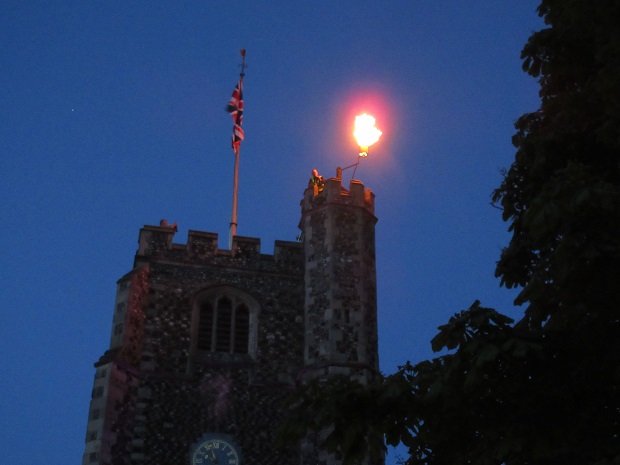 The centre of Monken Hadley, which had been closed to traffic, was packed for the event and a cheer went up once the flames from the beacon lit up the night sky. 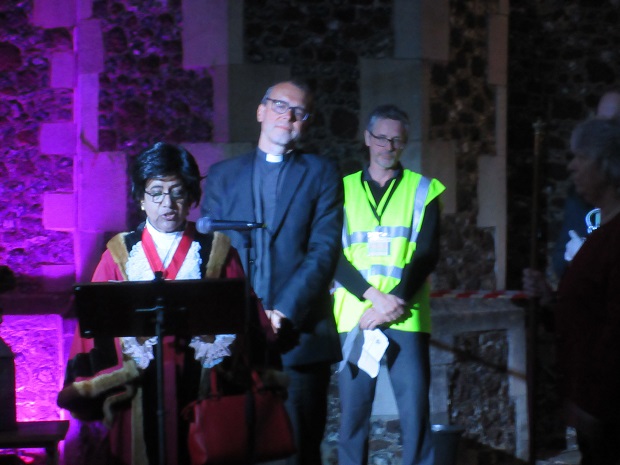 Prayers were led by the rector, Dr Thomas Renz, who welcomed the Deputy Mayor of Barnet, Councillor Nagus Narenthira, who represented the borough council.

Councillor Narenthira praised Monken Hadley’s initiative in lighting the beacon   to commemorate the Platinum Jubilee and the efforts being made to raise funds to restore the church hall. 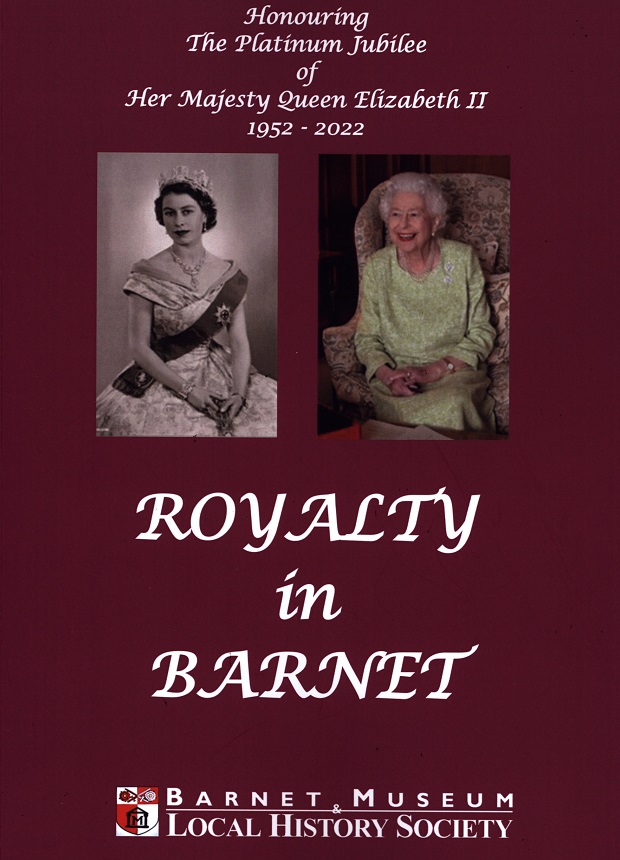 To mark Barnet’s many connections with the Royal family, Barnet Museum has produced a colour brochure – Royalty in Barnet – which is on sale at the museum.

It contains a host of photographs and illustrations which commemorate local royal visits and events.

Given the historic significance of the Platinum Jubilee, the section of the booklet covering the Silver Jubilee in 1977 will bring memories flooding back. 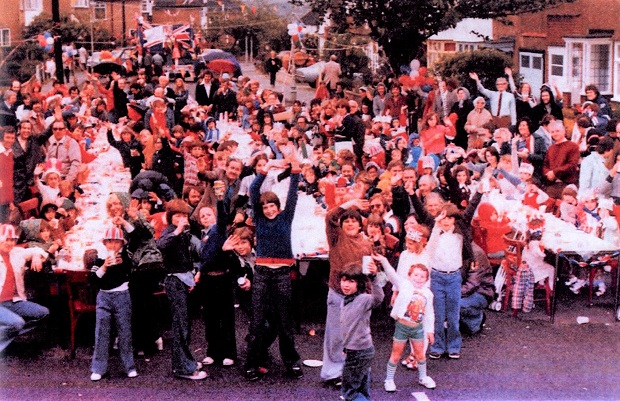 Among the photographs reproduced are those of street parties in Puller Road, Sebright Road, Dormer Close, and as seen above, in Alverstone Avenue.