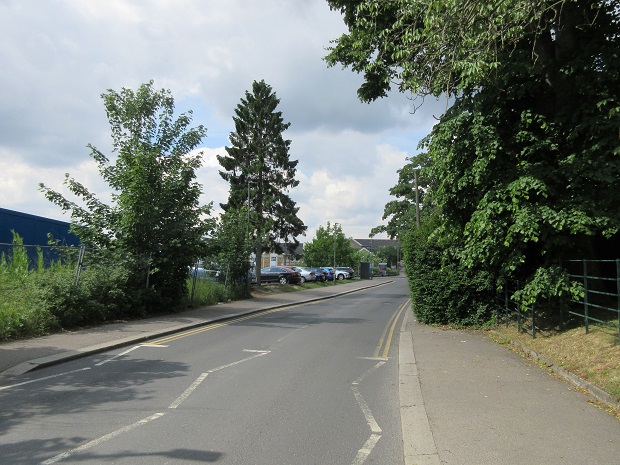 Objectors to a plan to install a 20-metre high 5G network phone mast on the main approach road to Barnet Hospital say it would have an overbearing impact on residents in nearby roads and perhaps become a potential health hazard.

The proposed mast – as high as a four-storey block of flats – would be sited beside the pavement at the top of Wellhouse Lane, not far from the mini roundabout at the junction with Wood Street.

Nearby residents fear they could be affected by microwave sickness due to a massive increase in wireless radiation.

Some of their homes are within 80 metres of the mast. Some health campaigners insist new masts should be at least a quarter of a mile away from the nearest residence. 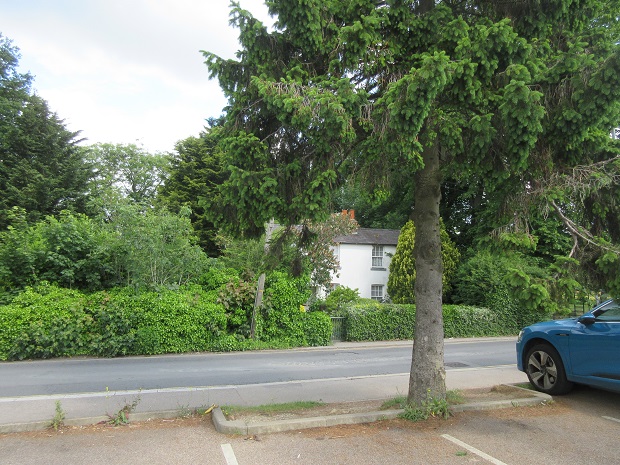 If approved, it would be erected just inside the hospital car park, but directly opposite an historic cottage which is within the Wood Street Conservation Area and was once the home of two well keepers who supplied water for horses and cattle.

Opponents say a mast of this size – and it would be as tall as the Angel of North sculpture next to the A1– would dominate the High Barnet skyline and would be visible across the Dollis Valley.

A 5G mast was needed because there was “an acute need” within the area for a new base station and the 20-metre height of the mast was the minimum required to provide effective coverage.

“High-speed mobile connectivity is the lifeblood of a community”, says the company. Improved coverage would benefit local businesses and facilitate the increased demand generated by working from home.

The deadline for objections to the scheme was May 27; Barnet Council now has until June 23 to decide whether prior approval is needed for the development. 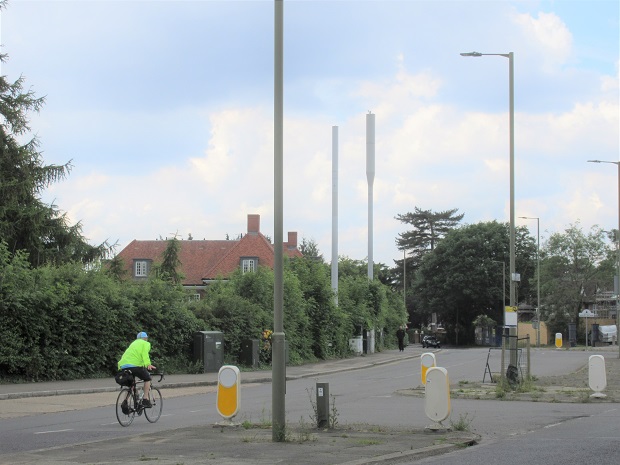 There are already two phone masts further west along Wood Street, opposite the Arkley public house, and in justifying the choice of Wellhouse Lane, CK Hutchinson say existing mast sites in and around High Barnet are not capable of supporting the additional equipment that would be needed

Opportunities to “in-fill” existing sites are extremely limited and the company believes the Wellhouse Lane site presents a better “fit” within the community and immediate street scape.

This is disputed in the comments made in the seven objections registered with the council.

Siting the mast on high ground close to Wood Street was the worst possible option because it would be visible across the Dollis Valley and negate the care that was taken to keep the new buildings at Barnet Hospital below the skyline.

Residents in West End Lane, to the south of Wellhouse Lane, say the mast would be overbearing: their homes would look out on a mast that was as tall as the Angel of the North.

As an alternative they say the company should examine the possibility of fitting 5G antennae to street signs, lamp posts or the roof of hospital buildings.

Another objector claimed the cabinets needed to support the mast would be the size of a three-and-a-half-ton truck and would be right beside the pavement. 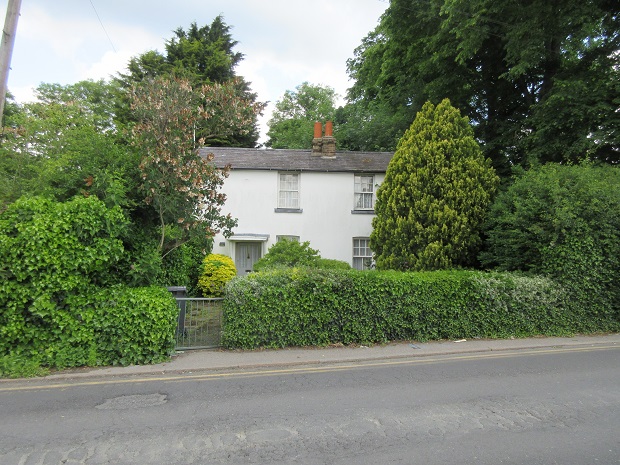 Before being converted, their home was a pair of two-up and two-down cottages which Mr Mason says date back to 1650.

They were once the home of two well keepers who supplied water for the horses of carters who took hay and forage into London, or left with loads of manure and ash, and the cattle of drovers arriving in Barnet with their animals.

Behind the Masons’ cottage is the original well, five-foot wide, brick-lined, and very deep, but now safely covered over.

“We did open it up once, in the drought of 1972, and the water is very good,” said Mr Mason who spent a life-time farming in and around Barnet.

His agricultural holding off Wood Street adjoins Whalebones house, one of Barnet’s oldest residences, which for many years was the home of the late Miss Gwyneth Cowing, whose family owned the Barnet Press.