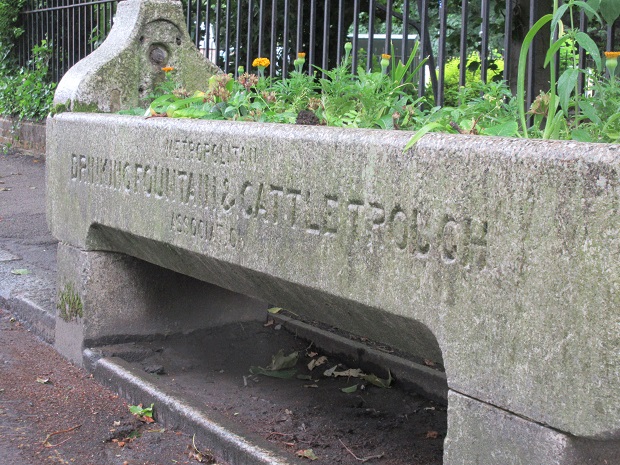 Barnet Council's highways department is preparing a new set of policies for the future safeguarding and maintenance of historic structures such as horse troughs and street signs.

Councillor Stephen Sowerby, who is Barnet’s heritage and design champion, told the Barnet Society that work on a document setting out future council policy was still in draft and at an early stage with several issues unresolved.

“I am arguing that structures on grass verges should logically be included but the council does not always share my view,” said Councillor Sowerby. 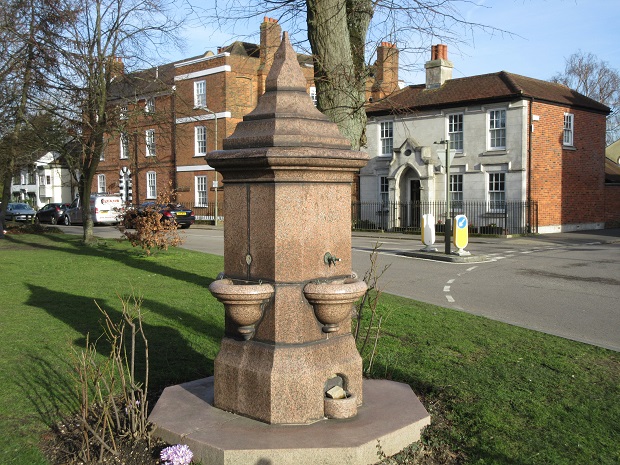 If the definition of a highways structure is applied too strictly it might exclude the Hadley Green water fountain which is on the grass verge at the junction Hadley Green Road and the High Street.

Erected in 1885, just by the duck pond, the drinking fountain is in a sorry state of disrepair, having lost even the plaque that commemorated its installation.

Originally the fountain had four push-button taps above water bowls and rings to which were attached a set of brass drinking cups. At ground level there is a water trough for dogs.

The horse trough close to the Black Horse public house is situated just inside The Avenue, next to Ravenscroft Park, and it was one of many that were provided across London by the Metropolitan Drinking Fountain and Cattle Trough Association.

Initially the aim of the association – set up in 1859 by the MP and philanthropist Samuel Gurney and barrister Edward Thomas Wakefield – was to provide free drinking water. It changed its name to include cattle troughs in 1867 to support animal welfare.

The High Barnet cattle trough is on Barnet Council’s schedule of buildings of local architectural or historic interest and in recent years has always been planted with flowers.

Unlike many cattle troughs, the structure includes a separate fountain for drinking water which has been vandalised and its metal fittings partly removed. 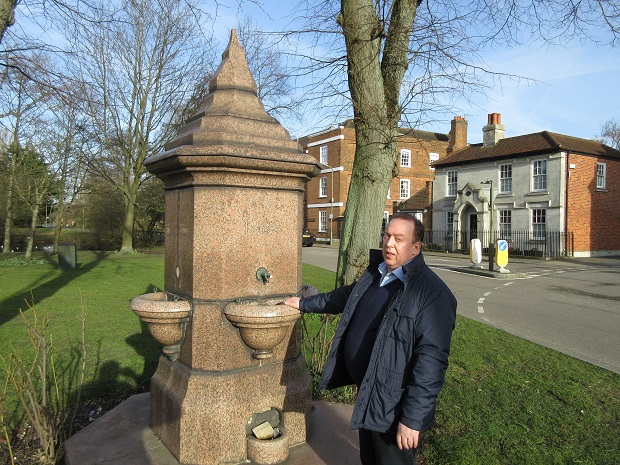 Peter Wanders – seen here in 2018 – has been pursuing a one-man campaign to persuade Barnet Council to reconnect the water supply to the Hadley Green drinking fountain.

He believes that a working drinking fountain would be very popular with walkers and visitors to Hadley Green and Monken Hadley and allow people to refill water bottles when out and about.

“Restoring the water fountain is just the sort of initiative that should be included in the preparation of the Chipping Barnet Community Plan which is all about how to build on the history of High Barnet and do more to welcome visitors and tourists.”

Mr Wanders has been assured by Affinity Water that it would meet the cost of restoring the water fountain with new water jets; a ground level bowl for dogs; and of course, a water meter.

“The only problem is over who will pay the bill for the water that is used...and Barnet Council have always made it clear they refuse to the pick-up the bill.”

When asked by the Barnet Society, Councillor Sowerby said he thought there was “next to no possibility” of Barnet Council paying for a water supply to be restored to historic drinking fountains or horse troughs.

In his response, Mr Wanders said that perhaps one of the community groups in Barnet could put together a plan for the restoration of the water fountain and see whether the cost of the water supply could be met by a local charity or commercial sponsor.

Because of its position on the main route from London to the north, the roads though Finchley and Barnet were well provided with water troughs in the days of horse drawn vehicles. 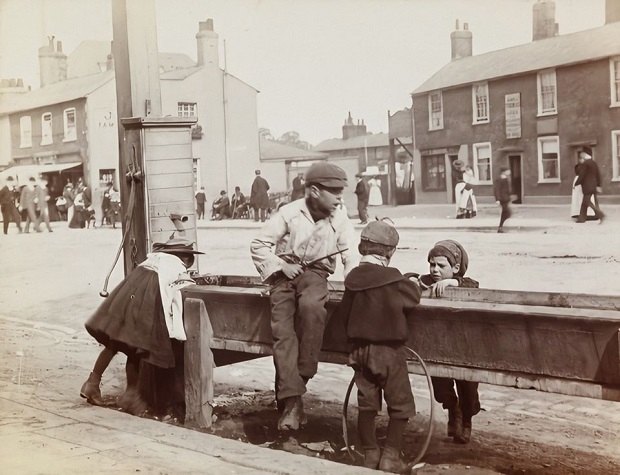 A picture in the Museum of London depicts children playing at a water trough in Barnet High Street around 1900. 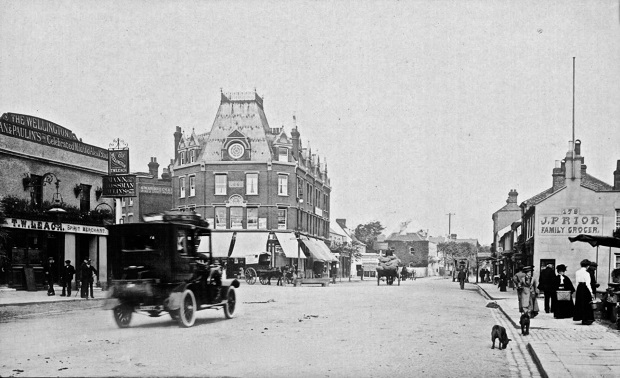 Another early photograph of Barnet High Street, supplied by Peter Wanders, shows a cattle trough at the corner with St Albans Road, opposite his shoe shop.  Mr Wanders said there were two water troughs at the top end of the High Street because of its proximity to Barnet cattle market.

Last year a horse trough re-appeared outside the Griffin public house in Whetstone. The original was removed when new pavements were installed along the High Road and a new granite trough was commissioned and installed after a joint fund-raising effort by Love Whetstone and the Oakleigh and Totteridge Wards Residents Association.

Another prominent cattle trough at Nether Street, Finchley – which has Grade II listed status with Historic England – was originally installed in memory of the parish surgeon John White. 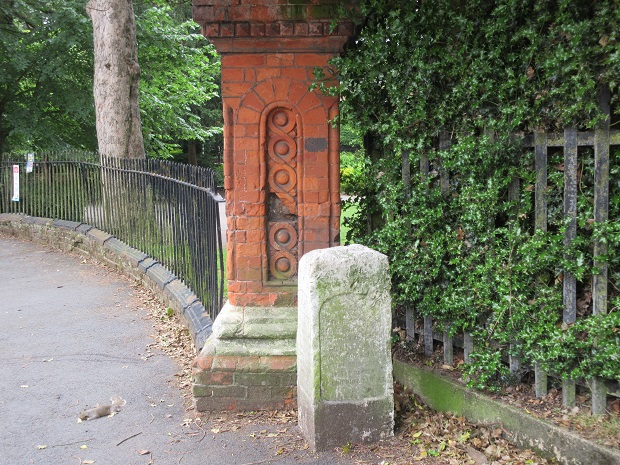 Among the other structures to be included in any High Barnet list is the two-foot-high parish boundary stone situated next to an ornate red brick pillar outside Ravenscroft Park.

Much of the inscription has corroded away but it marked “the boundaries of the parish of Chipping Barnet”.

These were important markers because under the 1601 Poor Law Act, parishes were responsible for caring for those who fell on hard times and the parish wardens were said to keep a watchful eye on whether claimants were bone fide residents of the parish.