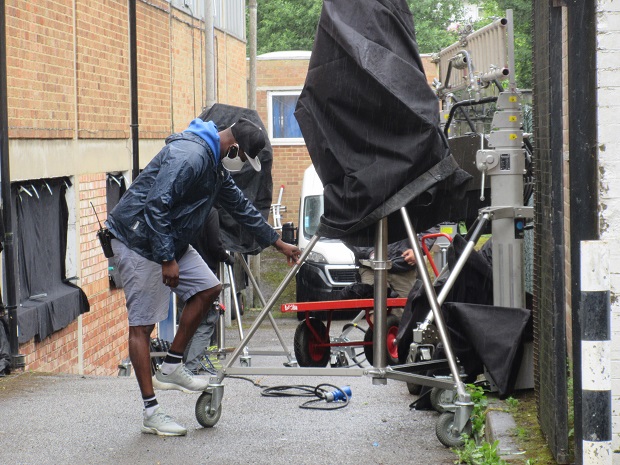 A warehouse on the Queen's Road industrial estate off Wood Street, High Barnet, is being converted into a temporary studio for filming scenes for a new six-part television thriller Ragdoll from the producers of Killing Eve. 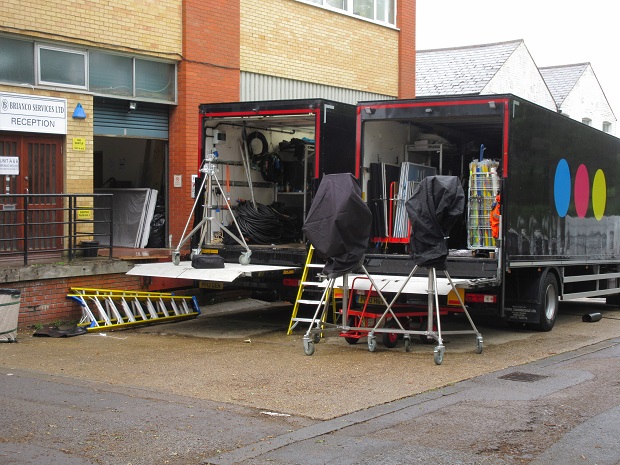 Ragdoll, adapted from the novel by Daniel Cole, revolves around the murder of six people whose bodies have been dismembered and sewn into the shape of one grotesque body – nicknamed “The Ragdoll”.

Because of Barnet’s proximity to the Elstree and BBC studios at Boreham Wood, locations in the immediate neighbourhood – including Wrotham Park – have featured regularly in films and television series.

23 Walks, starring Alison Steadman, which had its UK premiere last year at the Barnet Everyman cinema, was the latest local production.

It featured 23 dog walks around Hadley Green and Hadley Woods – scenes that had been inspired by years of local dog walking by director and writer Paul Morrison, who lives at Monken Hadley.

Filming for Ragdoll is already underway at a number of locations, and some scenes may be shot in and around High Barnet as well as in the temporary Queen’s Road studio. 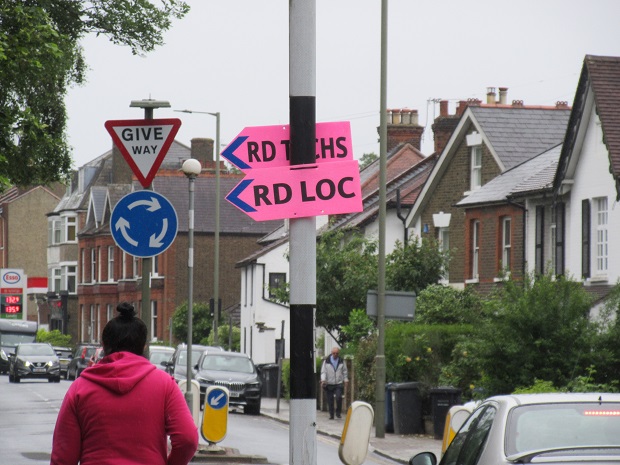 Pink signs along Wood Street saying “RD LOC” or “RD TECHS” are the only visible clue to the drama to be played out in the unobtrusive buildings of the industrial estate, which adjoins Queen Elizabeth’s Boys’ School.

Ragdoll has been adapted for television by Freddy Syborn who will serve as lead writer and executive producer for what Sid Gentle Films say will be a modern-day Faustian thriller.

“I hope Ragdoll will be a visually exciting, darkly funny thriller in which the personal is the political. Above all, I hope our characters can make you laugh, then break your heart,” said Mr Syborn.

The “Ragdoll Killer” taunts the police by sending them a list of his next victims, as the Met’s response to this “gruesomely imaginative serial killer” comes under intense public scrutiny.

Barnet has a long history of being used for location filming. Local shots, including a scene at the junction of Union Street and Coe’s Alley, were featured in the 1960s police drama series Gideon’s Way starring John Gregson.

Wrotham Park, the neo-Palladian house owned by Robert Byng, has made numerous appearances, most recently in Bridget Jones’s Diary and Gosford Park which included interior shots of the staircase, library and living room as well as exterior scenes.

Scenes from the BBC’s long-lasting soap EastEnders, produced at Elstree, have often been filmed in the locality and the episode showing the “birth” of Vicki Fowler included footage shot at the former Victoria Maternity Hospital in Wood Street.

Michelle Fowler (Susan Tully) gave birth to Vicki in 1986 – the year before the maternity hospital’s closure – and the storyline created quite a stir.

She was sixteen and the father was one of the lead characters, Dennis Watts (Leslie Grantham), who was dubbed “Dirty Den” by the tabloid press.

The 1986 Christmas edition of EastEnders, in which Den served divorce papers on his wife Angie (Anita Dobson) at the Queen Vic, attracted a record UK audience of over 30 million viewers, and Michelle’s decision as a teenager to have the baby rather than an abortion, was commended for being “a very positive story-line” by Mary Whitehouse, an arch critic of television standards.

Residents in and around Barnet enjoyed recognising many familiar local scenes in 23 Walks. 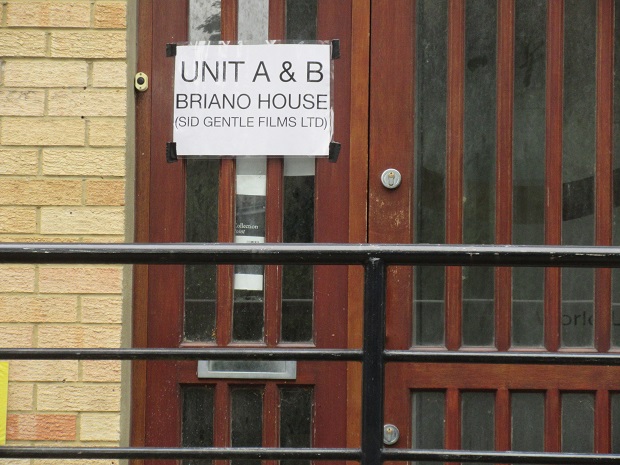 Who knows what will emerge from behind the closed doors of this warehouse and whether there will be recognisable local scenes in Ragdoll when this police thriller hits our television screens towards the end of this year?