Dilemma for planning inspector: How many blocks of flats can be fitted into New Barnet site? 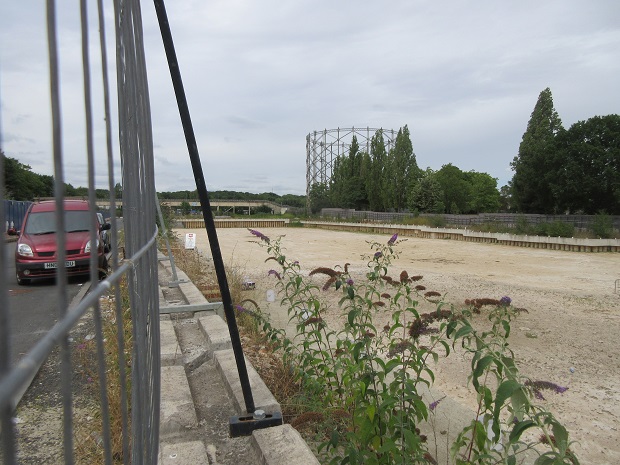 After a two-week inquiry into the latest plans to redevelop the former gas works site in New Barnet, a planning inspector will have to decide whether developers Citystyle Fairview should be allowed to squeeze in 168 more flats than were originally agreed in 2017.

John Wilde, who conducted the inquiry, was left in no doubt by local residents that expanding the development to provide a total of 539 flats in 13 high rise blocks would be too much for local health and education services.

This higher density – up from 371 flats to 539 – should not be squeezed into a site where there was insufficient infra structure, said John Dix, who represented the New Barnet Community Association.

“The pressure that 1,000 new residents will have on GP and primary care provision, and also primary school places, will lead to an unacceptable strain on local services.”

Mr Dix, who was giving his final submission on the last day of the inquiry (29.7.2022), said residents supported the scheme approved in 2017 which would have delivered 371 flats in ten blocks of four to five storeys.

But they opposed the developers’ revised target-driven plan to build 13 blocks of flats, ten of which would be more than six storeys high, including eight which would be seven storeys.

There was no phasing in the delivery of the development to ensure that infra-structure improvements were in place; there was inadequate play space within the scheme for five to 11-year-olds; and insufficient space for car parking.

Mr Dix re-iterated his concern that the blocks of flats nearest the East Coast main railway line would be affected by noise and overheating as they faced west and would need cooling units.

“We have insufficient confidence that the over-heating problem has been addressed and that the flats are sufficiently resistant to climate change, and we don’t believe the scheme complies with all the regulations.

“New Barnet is a special place, a great place for families, and a genuine sense of community and caring about neighbours. We think the design failures in a large housing scheme like this will make it uninhabitable in ten years’ time.”

In her submission to the inquiry, the Chipping Barnet MP, Theresa Villiers said she had been working with the campaign group Save New Barnet for the last 14 years.

She supported Mr Dix’s contention that seven of the 13 blocks were at high risk of overheating and would need active cooling in contravention of the London environment strategy policy.

“The extreme weather conditions of recent days are an illustration of why we should take very seriously the need to ensure that new homes continue to be tolerable places in which to live in a changing climate.”

Ms Villiers criticised Fairview’s plan to increase the density of the site with the construction of 13 blocks of flats which would amount to a significant urbanisation of New Barnet”.

“In what seems to be a dash for density regardless of the consequences, vital preconditions for delivering high quality homes and liveable communities have been sacrificed – preconditions such as avoiding excessive noise, provision of children’s play space, and the need to minimise single aspect dwellings.

In its final submission, Barnet Council repeated its view that the latest Fairview scheme would be “detrimental to the character and appearance of the area” because of its scale, massing, and density.

Barnet’s suburban character was one of the borough’s greatest assets and the area around the gas works site comprised streets of houses of two to three storeys.

The proposed seven storey blocks would be visible from these residential streets and the new development would be “intrusive, bulky, and incongruous in the street scene”. 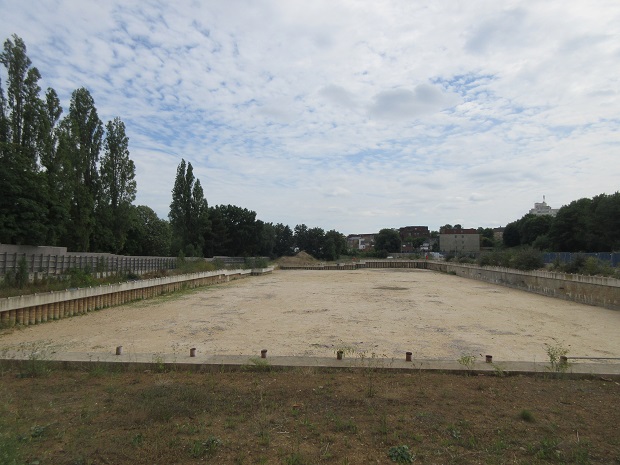 High-rise blocks of flats would also harm the character of the adjoining Victoria Park recreation ground. These six to seven-storey high blocks would run parallel to the western edge of the park and would represent a heavy-handed wall of development.

The council’s claim that the developers were attempting to “squeeze substantially more” homes onto the site than had been approved in 2017 was rejected by Fairview which argued that the housing shortage in London required housing schemes that offered “greater density and greater affordability”.

Since 2017 there had been a recognition that brownfield sites such as former gas workers site had to be utilised more effectively and the revised scheme would help provide a significant boost to the supply of homes in the area.